Just over a year ago, the UT Libraries opened a pilot Media Lab  in a small section of the entry level floor of the Perry-Castaneda Library.  Under the purview of Teaching and Learning Services and equipped with 15 dual-monitor iMacs loaded with a long list of creative software, we hoped it would be a place for students to work individually or in groups to create and share digital media projects.  According to our preliminary assessment data and statistics, our hopes were realized and students took to our little lab like free pizza at a campus event.

Our Media Lab pilot was an opportunity to achieve two goals at once: First, provide an unrestricted space and high quality resources for students to create digital media projects regardless of their major or departmental affiliation and, second, to test out this service before a larger 44-seat Media Lab opens in Fall 2015 as part of the Learning Commons project.

So why a Media Lab in the library and why now?

Continue reading this post at the Learning Commons blog. 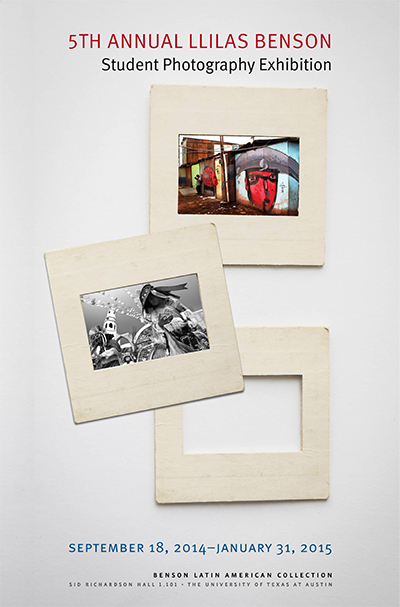 Dark clouds gathered in the late afternoon sky in anticipation of the last storm of the summer. Inside, a DJ set the needle down on the 45-rpm version of a Jorge Ben classic just as the rain began to fall. Flecked by the light of a disco ball on the circulation desk, a convivial crowd had gathered to chat, snack, and enjoy the fact that it was almost Friday. The occasion was Field Notes, the fifth annual LLILAS Benson student photography exhibit and competition, held in the Nettie Lee Benson Latin American Collection on the third Thursday in September.

Photographs from a summer of study, both abroad in Latin America and in Latina/o communities in the United States, hung in the Benson’s first-floor corridor, and visitors took in the images with interest and curiosity. The photos themselves expressed the range of experiences, viewpoints, and settings encountered by the student photographers: Ruijie Peng’s prize-winning photograph, taken in Ecuador, depicts Chinese and Ecuadoran workers standing in hard hats among rocky debris at the site of a hydroelectric construction project; the other prize winner, by Mariana Morante Aguirre, was snapped in Guadalajara, Mexico, outside a hostel along a railroad route used by Central American migrants and transient Mexican nationals alike.

In Mario Mercado’s photo, a trumpeter plays on a San Juan sidewalk in front of exuberant graffiti that invokes the instrument’s brassy sound. In a lovely image by Charles Wight, a lone boat floats on the Rio Negro near Manaus, Brazil. Our gaze turns skyward via the lens of Felipe Fernández Cruz, who photographed airplanes flying in formation against a clear blue sky above the Christ statue in Rio, the wings in identical posture to the outstretched arms of O Redentor. (A history student, Fernández went to Brazil to study how the twentieth-century state built air routes to colonize the interior.) A stunning black-and-white image by MFA film student Álvaro Torres Crespo shows two boys fishing from a pier under a cloudy sky at dusk in Puerto Jiménez, on Costa Rica’s southern Pacific Coast.

Some student researchers encountered roadblocks both expected and unexpected…

(Continued at the LLILAS blog.)

The extravagance of the Baroque period in Spanish America is currently on display in an exhibition at the Benson Latin American Collection.

Inside the Baroque illuminates the splendor and diversity of Mexican arts and letters in the seventeenth and eighteenth centuries, and their enduring legacy. A selection of photographs by Carolyn Brown accompanies rare books and manuscripts from the Benson’s collections to present the Baroque period’s ornate style as it was manifested in the Spanish colonies of the Americas.

A complementary documentary film by Quin Mathews presents arresting views of Mexico’s baroque churches against a backdrop of life in modern-day Mexico. Mathews traveled with photographer Carolyn Brown in 2008, recording scenes of daily devotional and festive practice, and the film captures the centrality of local churches.

Originating in 16th century Italy as a European Catholic response to the austerity of the Protestant Reformation, the Baroque style found purchase in the art, architecture and music of the period, and made its way to the Western Hemisphere by the end of the 1600s.

What made the movement particularly unique as it was expressed in the Americas was the influence of indigenous populations, craftsmanship and resources on the decorative style of religious structures that were erected as monuments to Spanish colonial power in the New World.

The exhibition will be on display through January 31, 2015, in the Benson Second Floor Exhibition Gallery, and is free and open to the public. Check the Benson website for a complete listing of hours.

Concurrently on view in the Benson’s first floor gallery is the 5th Annual LLILAS Benson Student Photography Exhibition featuring photography by University of Texas at Austin graduate and undergraduate students highlighting their expansive research, fieldwork, and volunteer activities within Latin American and U.S. Latina/o communities during the previous year. 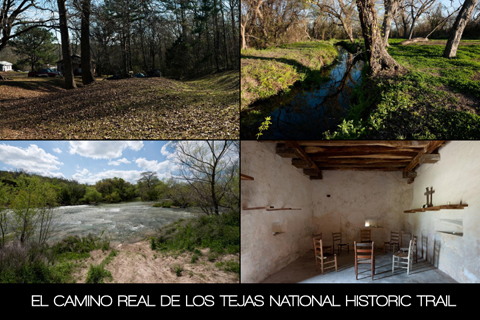 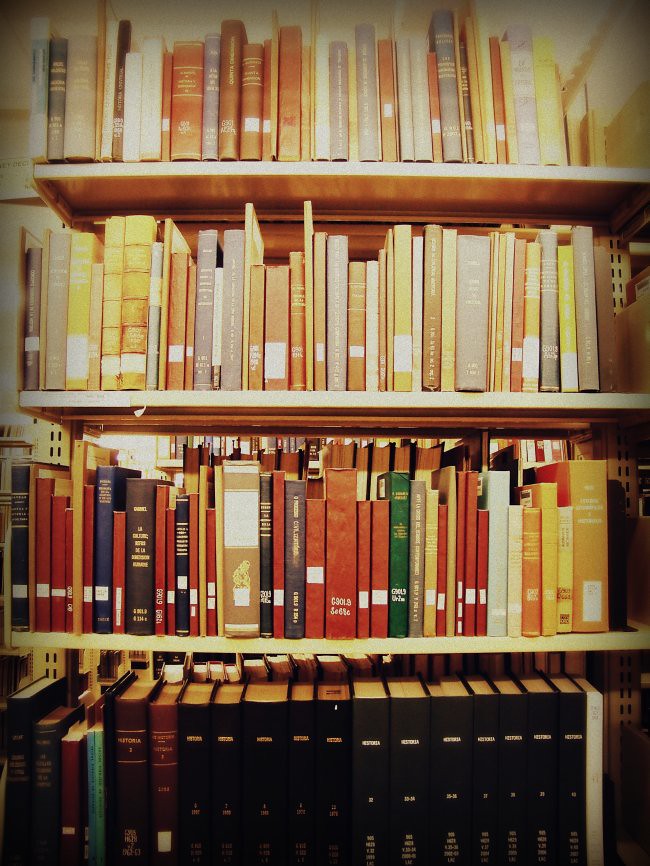 The Benson stacks showed up as Sunday’s pic(k) at Austin Daily Photo.

We agree with the choice.

The Fine Arts Library is hosting an exhibition tracking the life and work of Colonel Leo Bond Roberts, an Army civil engineer who traveled extensively in his capacity for the military, taking photographs and collecting ephemera and artifacts from his travels throughout Africa, the Middle East and Asia.

An opening reception takes place from 5-7 p.m., Friday, May 7, in the Roberts Reading Room of the Fine Arts Library. The exhibit will be on view through July.

The exhibit includes materials from all phases of Roberts’ life: childhood, college years, officer during World War I, topographer and explorer during the 1920s and 30s, civil engineer, military engineer and planner during World War II and chief engineer of the Jones Beach Marine Theater on Long Island, NY.

Photographs, publications, military awards, African masks, and lantern slides of travels in the Gobi Desert and in Ethiopia will be on display with many other items from Roberts’s travels.

Items in the exhibition were generously donated to the Fine Arts Library by Roberts’s daughter-in-law, Jan J. Roberts.

If you would like to attend the opening reception, please RSVP to Eve McQuade at emcquade@austin.utexas.edu or call 512-495-4363.