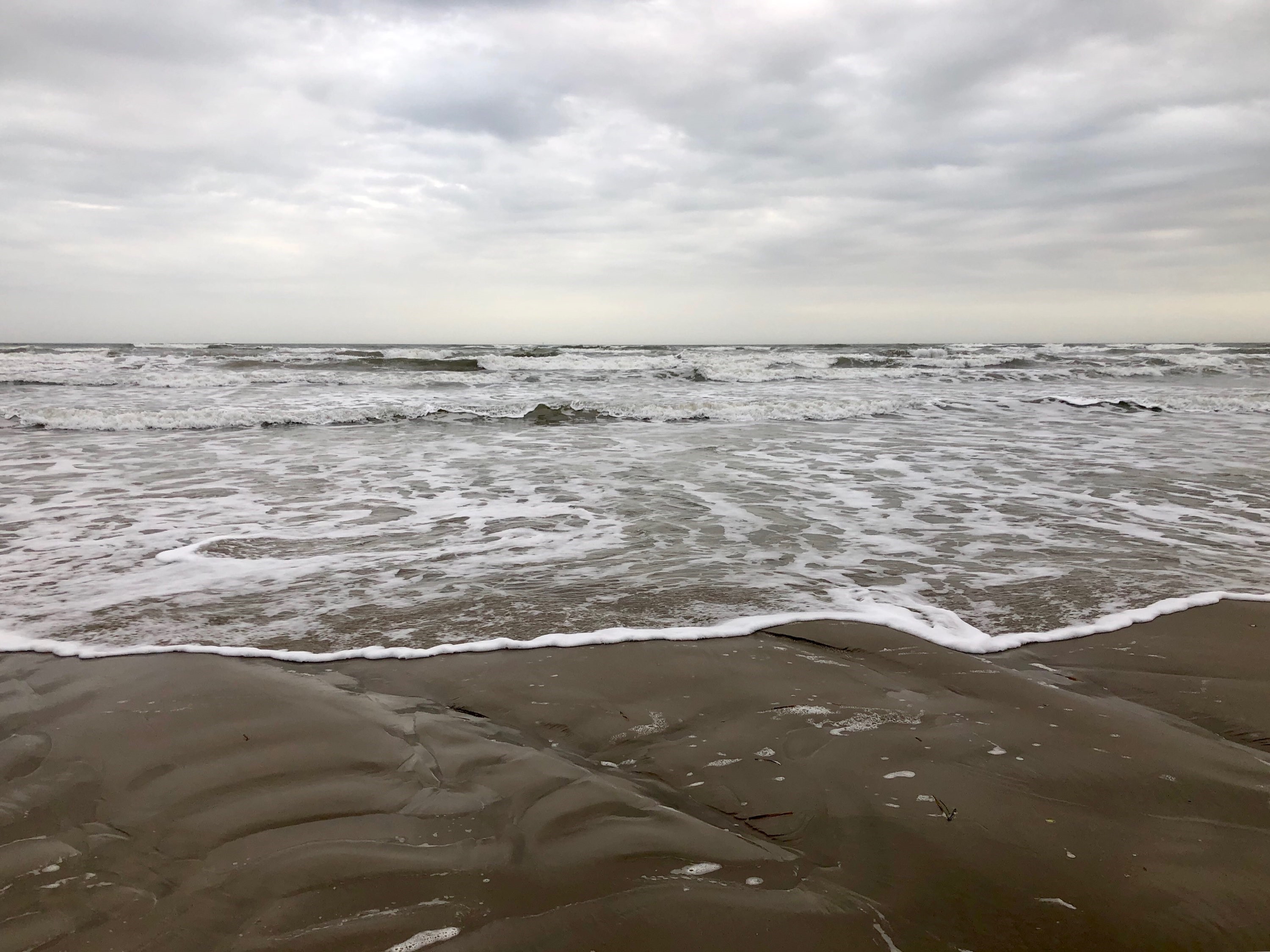 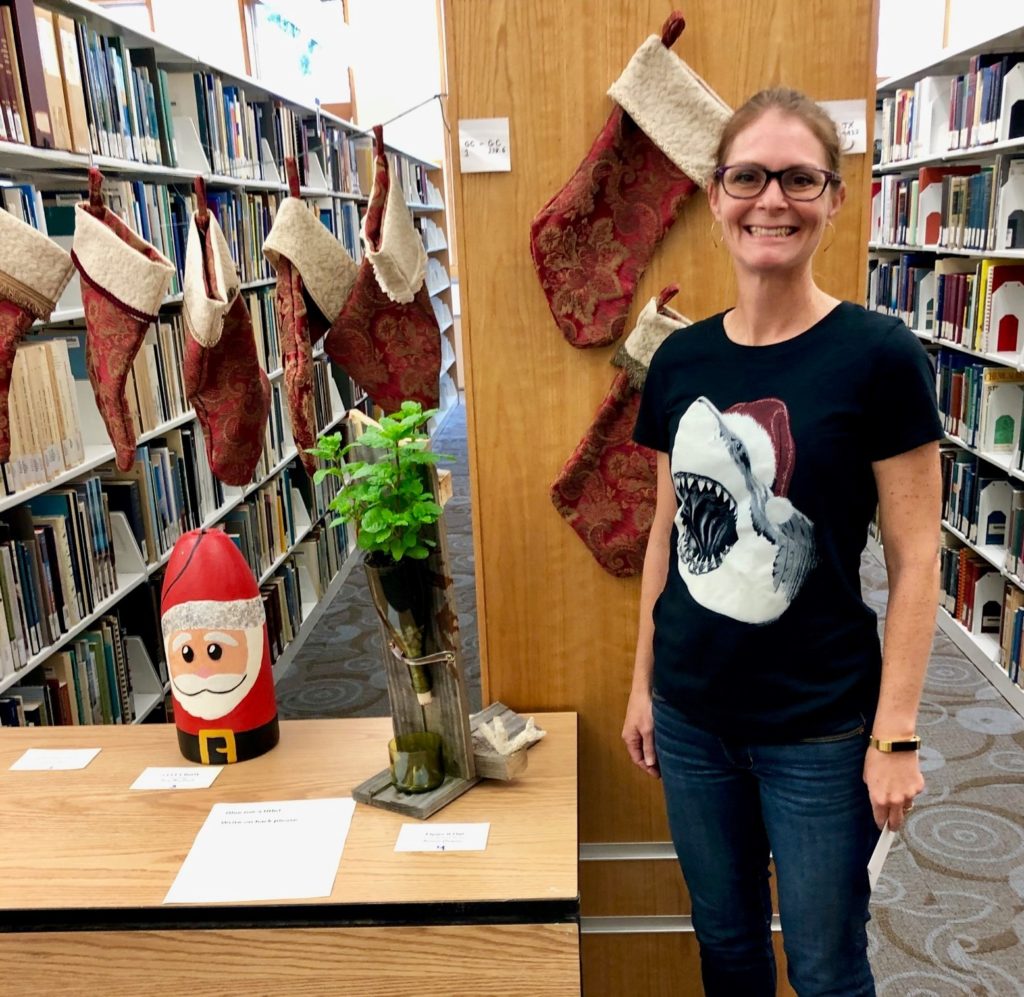 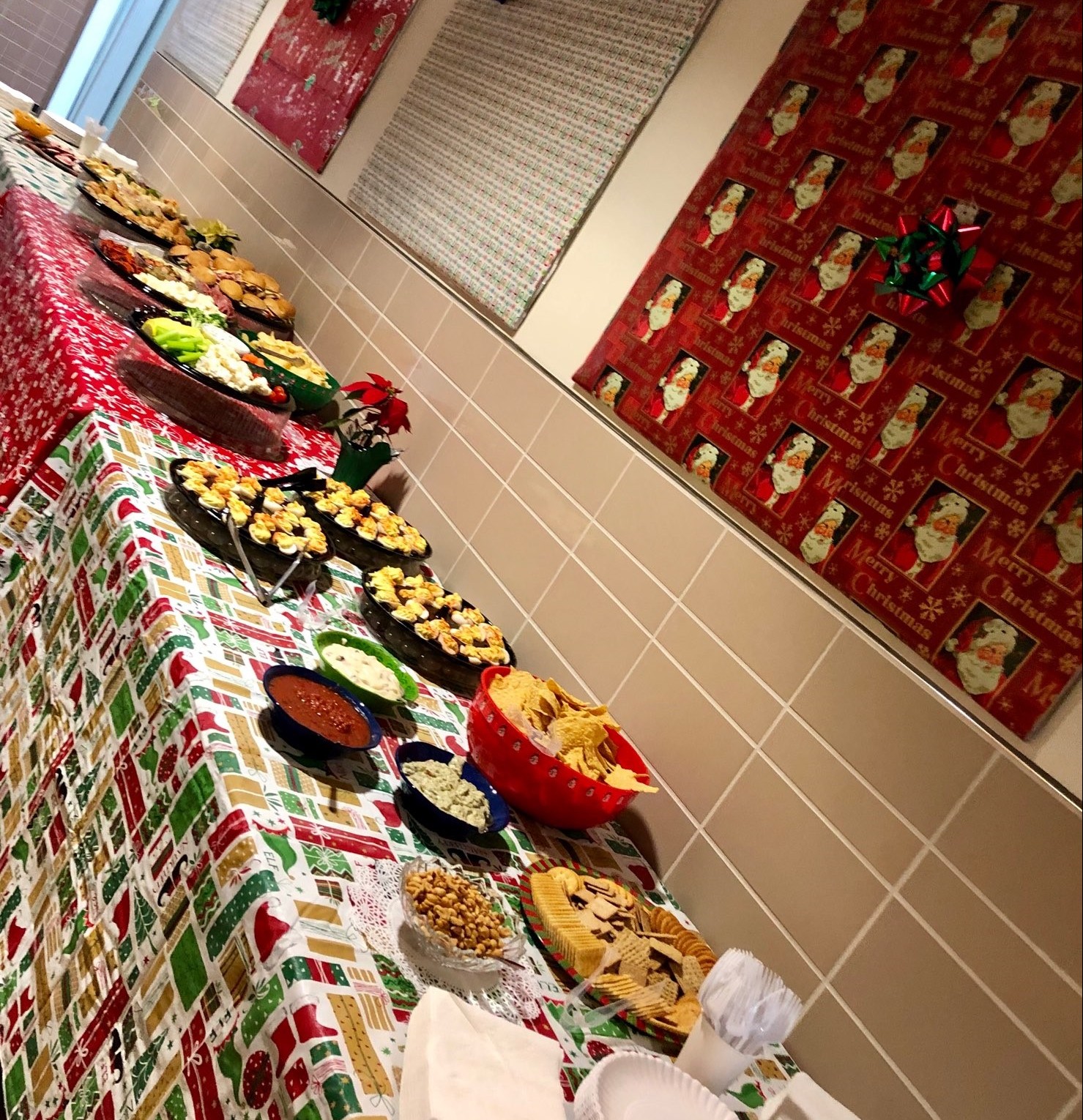 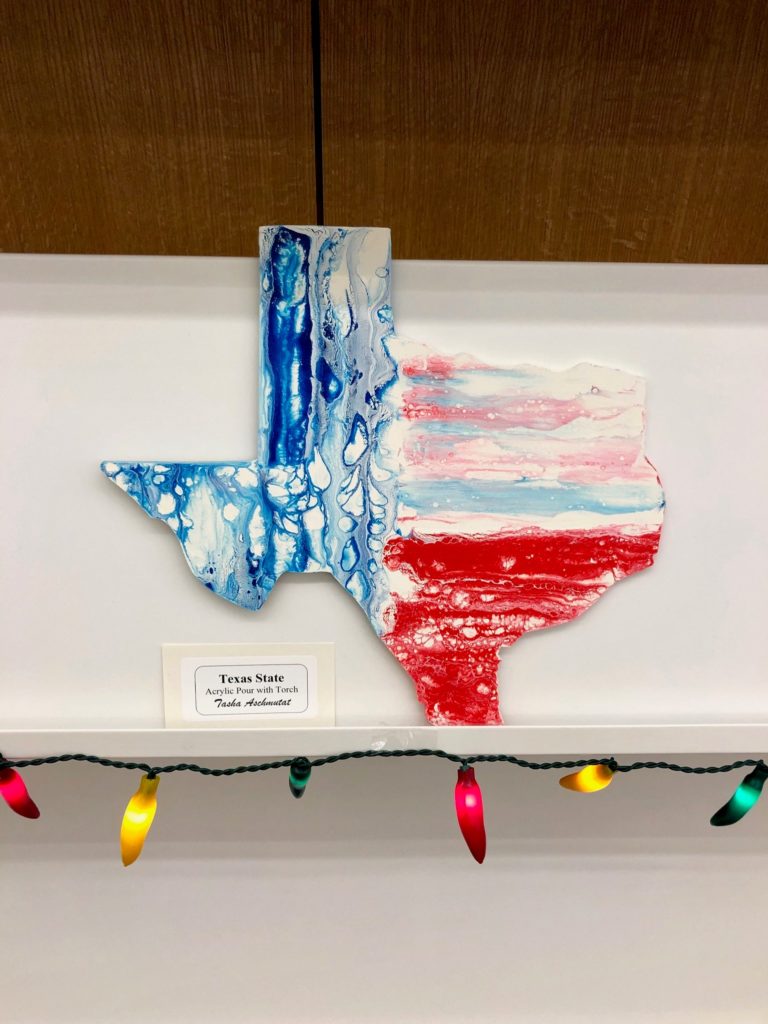 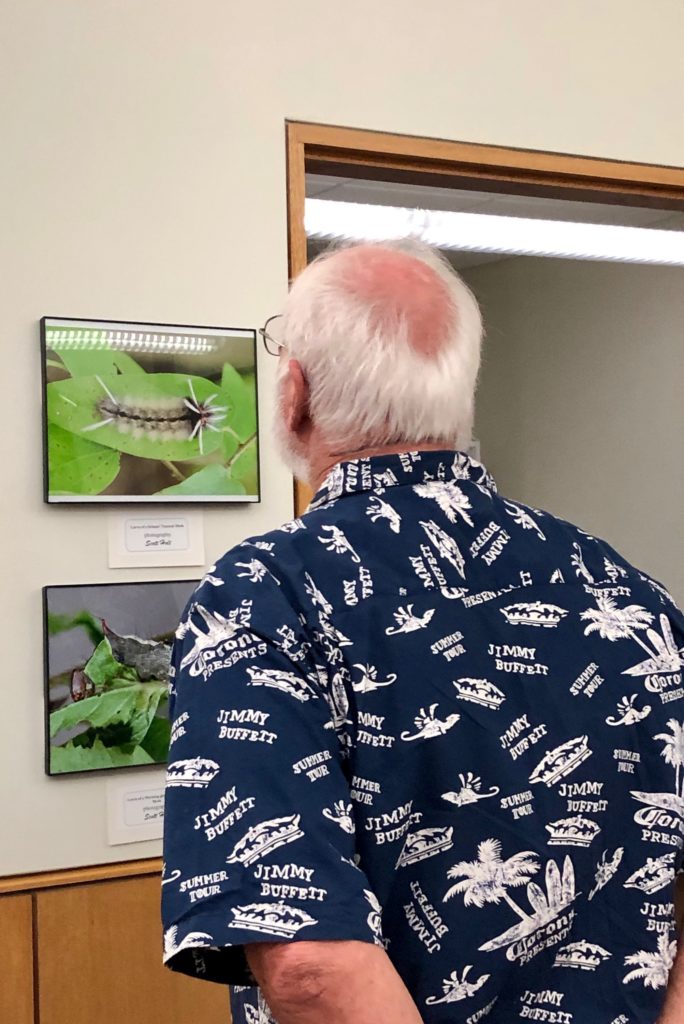 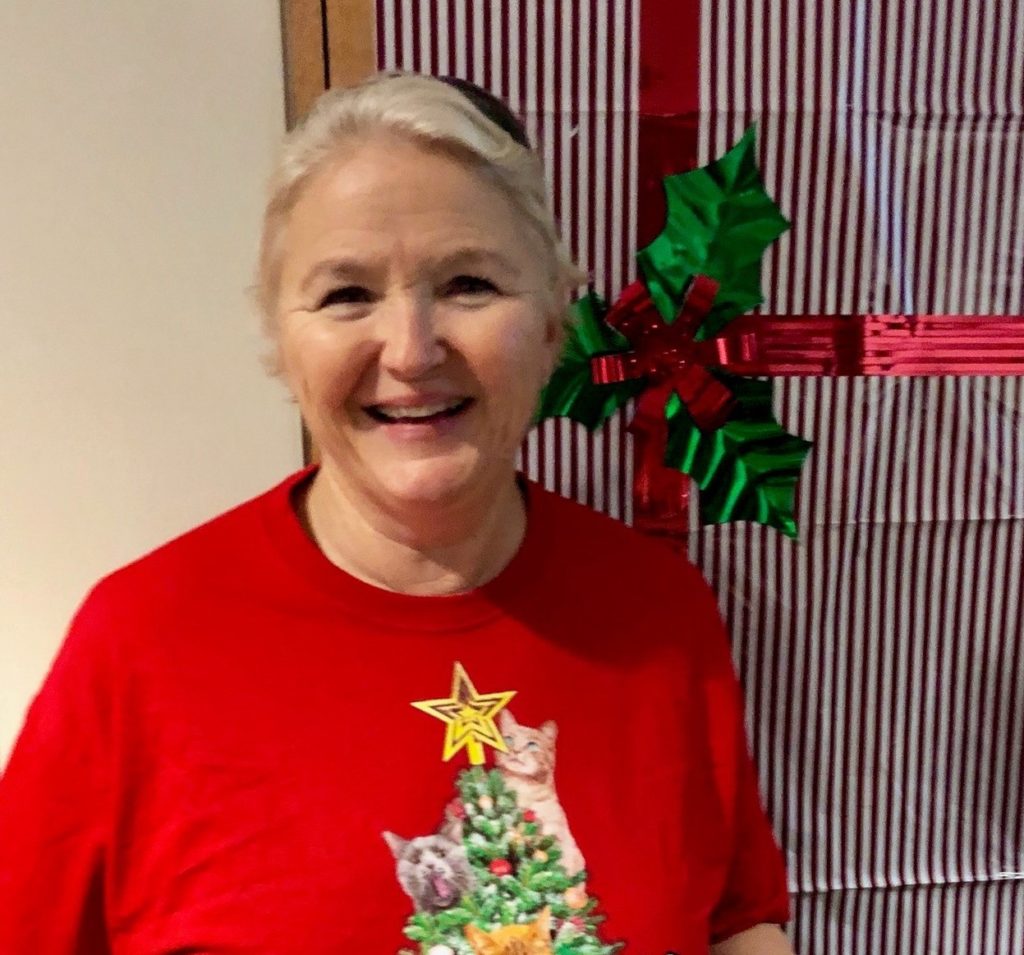 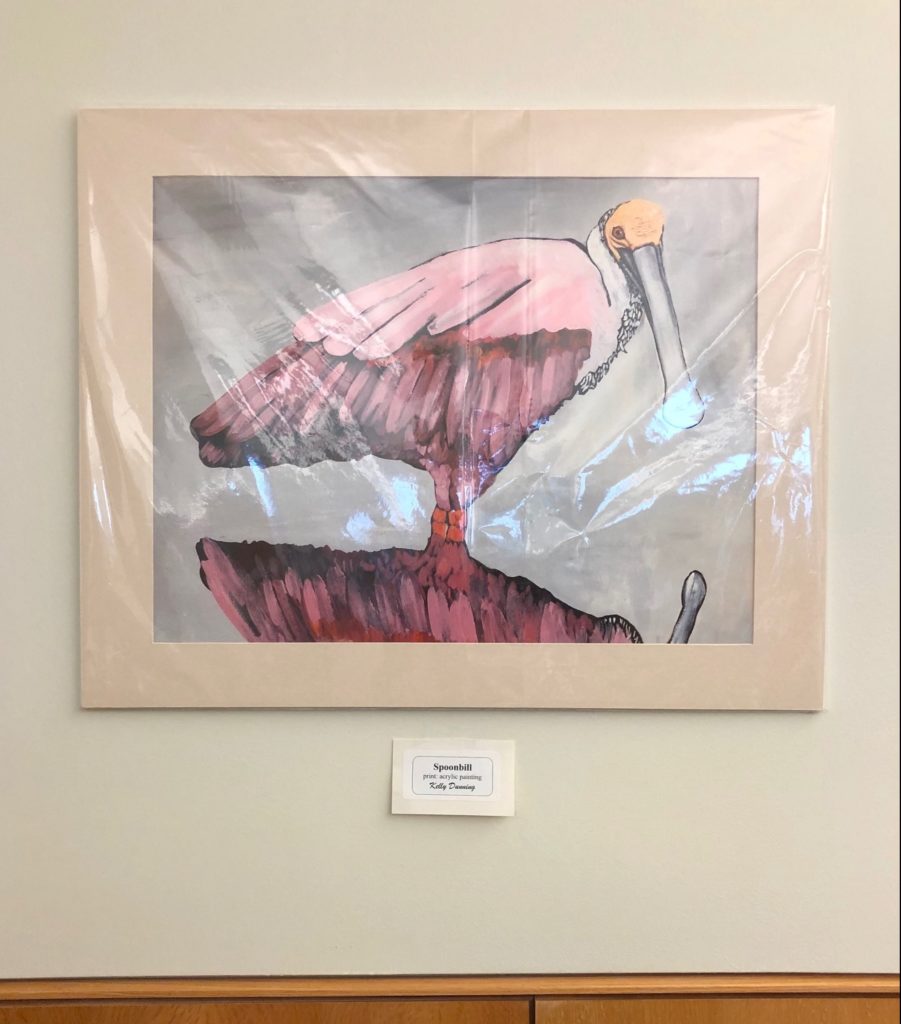 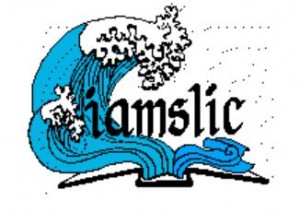 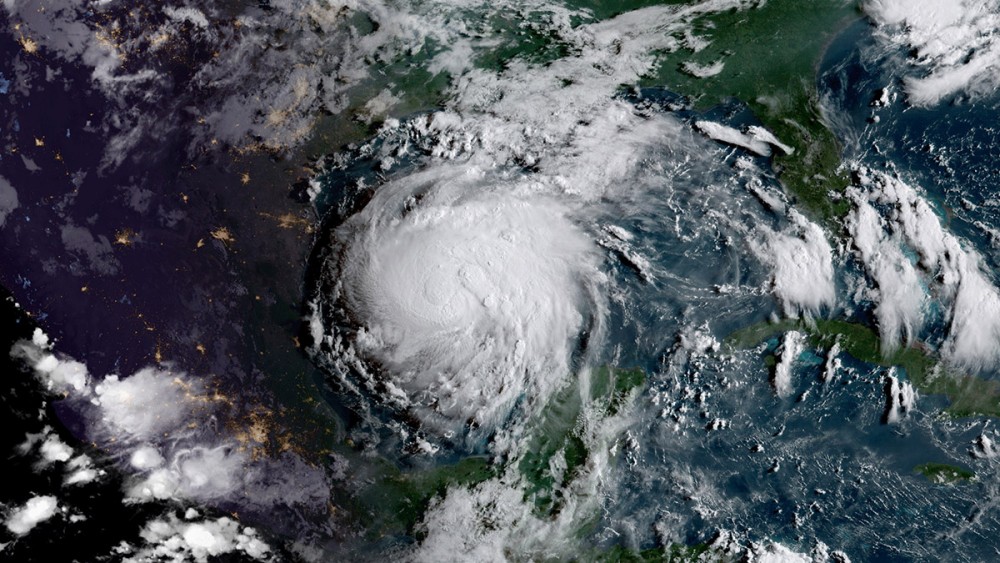 The recent succession of weather events provided a rather inauspicious beginning to the new semester, though the main campus and our local branches have been spared all but an abundance of rain. Our family and friends along the coast, however, weren’t so lucky.

For those who attempt to recall the list of branch locations overseen by the UT Libraries, it’s not uncommon to overlook the one library that doesn’t reside in Austin, but rather on a usually pastoral stretch of sand a few blocks from the Gulf of Mexico. The Marine Science Library serves the faculty and researchers at UT’s Marine Science Institute (MSI) in Port Aransas, which is just across the bay from Rockport, Texas — a city that was the focal point for much of the news coverage surrounding the arrival of Hurricane Harvey on Friday, August 25. Port Aransas actually took a direct hit from Harvey and suffered catastrophic damage, which was also visited upon the MSI, including the building where the library is located.

As a matter of course, the Libraries have a Collections Emergency Team composed of relevant administrators, dedicated facility staffers and outstanding preservation experts, who jump to action in the event of a threat to the resources or infrastructure of the libraries.  With any storm of Harvey’s magnitude and destructive impact, staff are paying close attention and preparing for potential issues, but in the case of this hurricane and the position of its landfall, most proactive considerations gave way to planning how to react to whatever damage would inevitably be wrought upon the library and its collections.

Immediately in the wake of the storm, the island and the surrounding areas lost power and, subsequently, most communications were sporadic at best. It wasn’t until Sunday that the Libraries became aware of the extent of damage to MSI, but without specific information about the library, so staff began to prepare for the worst possibilities. Liz DeHart, the Libraries’ liaison at MSL, was contending with the personal effects of Harvey and unable to get to the library, and administrators at MSL were prioritizing assessment of the impact on research assets and infrastructure at the campus, which had suffered severe damage. Representatives from the College of Natural Sciences (CNS) in Austin became the conduits for information about the situation on the ground, and eventually an initial assessment was returned suggesting that the damage to the library was hopeful, with wet floors, but dry books — almost miraculous, since the same building that contained the library had extensive roof damage, flooding and blown out windows. But there was also no air conditioning or power, and as one might imagine, paper doesn’t fare well to exposure to the balmy coastal climate of late summer. As much as the team wanted to rush to the coast on a rescue mission, widespread destruction, impassable roads and a moratorium on travel to the island by non-residents made that seem like an impossibility.

By Wednesday, August 30 — the first full day of the fall semester — staff had worked with CNS to obtain permission for a response team to travel to Port Aransas to assess damage and hopefully, recover the most valuable of the  close to $9,000,000 worth of collections, but there was a caveat: they had one day to do it.

A team of Geoff Bahre (Manager), Matt McGuire and Bill Gannon from the Facilities & AV unit along with Joey Marez, a library specialist from the Preservation department, immediately began preparations for all contingencies that could be imagined on a first trip into a storm disaster zone: food, water, tools and equipment, supplies for any mechanical trouble. And gas.

The window was tight, so the team left Austin at 3:30 a.m. on Friday, September 1, agreeing to make sure they refilled fuel on the south side of San Antonio, but discovered that the rush on gas stations had already drained supplies when they stopped to refuel. A fortunate encounter with a kind soul at a local pancake house directed the team to a station with adequate fuel supplies, and the team continued its journey to the coast.

Because the ferry wasn’t yet operational, the team had to travel through Corpus Christi and up the length of Mustang Island to reach Port Aransas in the mid-morning hours of Friday.

Upon arrival, an initial assessment verified earlier information about the state of the library — some wet flooring, but the books were dry, and no apparent mold — and even some welcome evidence that local administrators at MSI had taken measures to mitigate environmental threats with the arrival of fans and dehumidifiers that were powered by portable generators.

The environment in the library, nonetheless, wasn’t at an optimum stability, so the team began to identify items that they would return to Austin for temporary safekeeping and care. Thanks to earlier efforts to identify salvage priorities, the team was charged with bringing back 900 special collection items, and due to conservative estimation, were able to also rescue additional theses, dissertations and maps.

By 8 p.m. that evening, the team had returned to Austin with the most valuable resources from the MSL in tow. The following week, MSL staffer Marg Larsen relocated to Austin temporarily due to the storm, and so was available to process and assist in storing the rescued materials in the Collections Deposit Library at UT to await their inevitable return to their home in Port Aransas.

There are currently no firm timelines for recovery and reopening of the Institute or the Library, but as with a Gulf hurricane or other natural and unnatural disasters, we’ll be prepared when the time comes.

It’s easy to imagine that a library is a simple machine where books fall onto a shelf and then into hands before returning to the shelf again, uncomplicated by the affairs and events beyond its doors and walls. But out of sight and mind, there are an army of loyal people working to build, protect, rescue and share our body of collective knowledge, both in the face of an average day or during extraordinary times.