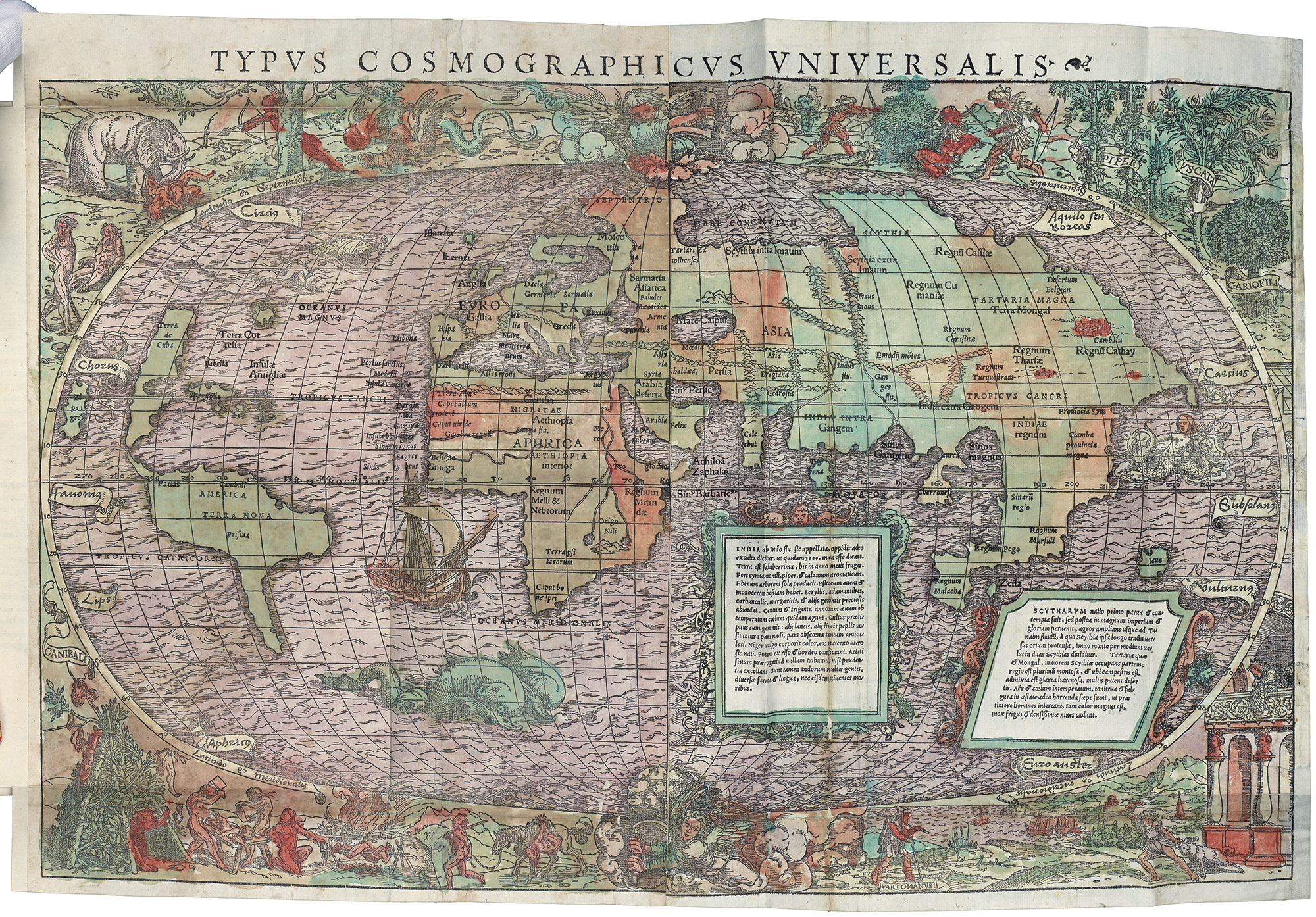 In this important world map, the extent of North America and the distance across the Pacific Ocean are hardly understood while the outline of South America is better represented.

The cartography is attributed to a collaboration between celebrated German mapmaker Sebastian Munster, and a renowned Northern Renaissance artist Hans Holbein, contributed the rich ornamentation at the map’s border.

Holbein’s additional embellishments — including realistic renderings of flora and fauna, as well as fantastic and frightening sea beasts — makes this a superlative example of cartography from the period. 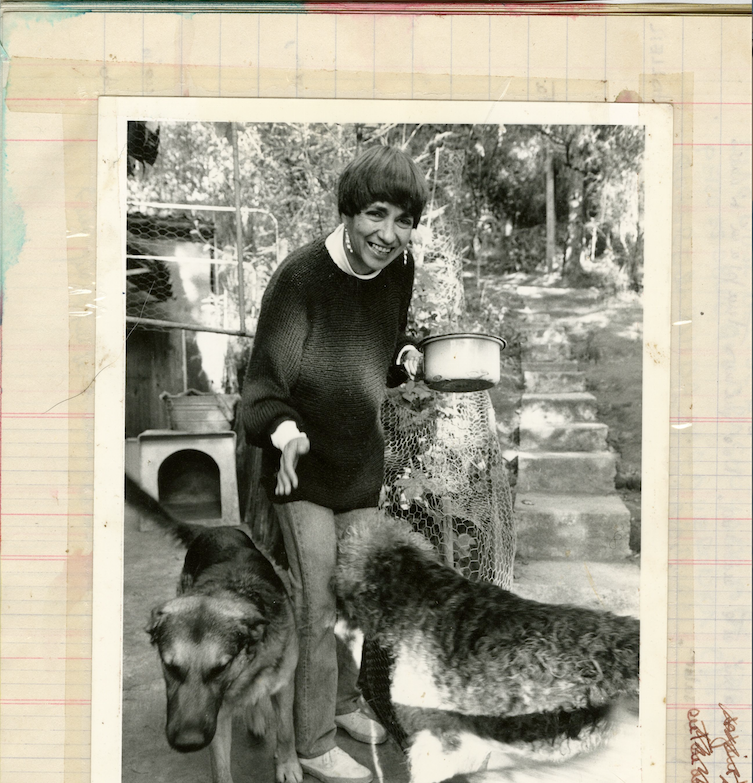 On February 15, LLILAS Benson celebrated the opening of the literary archive of Mexican author María Luisa Puga (1944–2004). This unusual archive is replete with the author’s voice and vision, consisting in large part of some 327 diaries that span the years 1972 through 2004. In honor of the occasion, Irma López of Western Michigan University delivered a lecture titled “Escritura y autofiguración el los diarios de María Luisa Puga.”

A novelist and short-story writer, Puga was the winner of numerous prestigious literary awards and highly esteemed by her peers, yet she largely eschewed the limelight. Her complex attitude about her identity as a writer is on display in the diaries, which Mexican Studies Librarian José Montelongo refers to as “a truly remarkable document of struggles both personal and artistic.” Puga’s diaries were donated to the Benson Latin American Collection by her sister, Patricia Puga, who attended the opening lecture and reception along with her husband, son, and other family members.

Written in a beautiful hand, with occasional doodle-like illustrations, the notebooks contain the entire trajectory of Puga’s celebrated literary works and thus are of enormous research value. The pages also carry within them a poignant emotional charge: the author was someone for whom putting pen to paper was a vital activity in her art and thought, and her diaries are an almost visceral expression of her self.

If the collection of diaries itself is remarkable, the lecture by literary scholar Irma López was similarly compelling. She spoke with both erudition and affection about Puga, her writing, and the intimate access afforded by the diaries to a writer for whom self-examination was essential. López concluded her talk speaking directly to the members of the author’s family, reading to them from a tender diary passage by the late author. (López, a leading authority on Puga, is author of Historia, escritura e identidad: La novelística de María Luisa Puga.)

During their visit, the Puga family was able to see five display cases containing select materials from the archive in the Benson’s main reading room. This exhibition, on display through April 2, 2018, and titled María Luisa Puga: A Life in Diaries, was curated by graduate research assistant Emma Whittington. Read José Montelongo’s Spanish-language article on Puga, “Una vida en 327 cuadernos.” 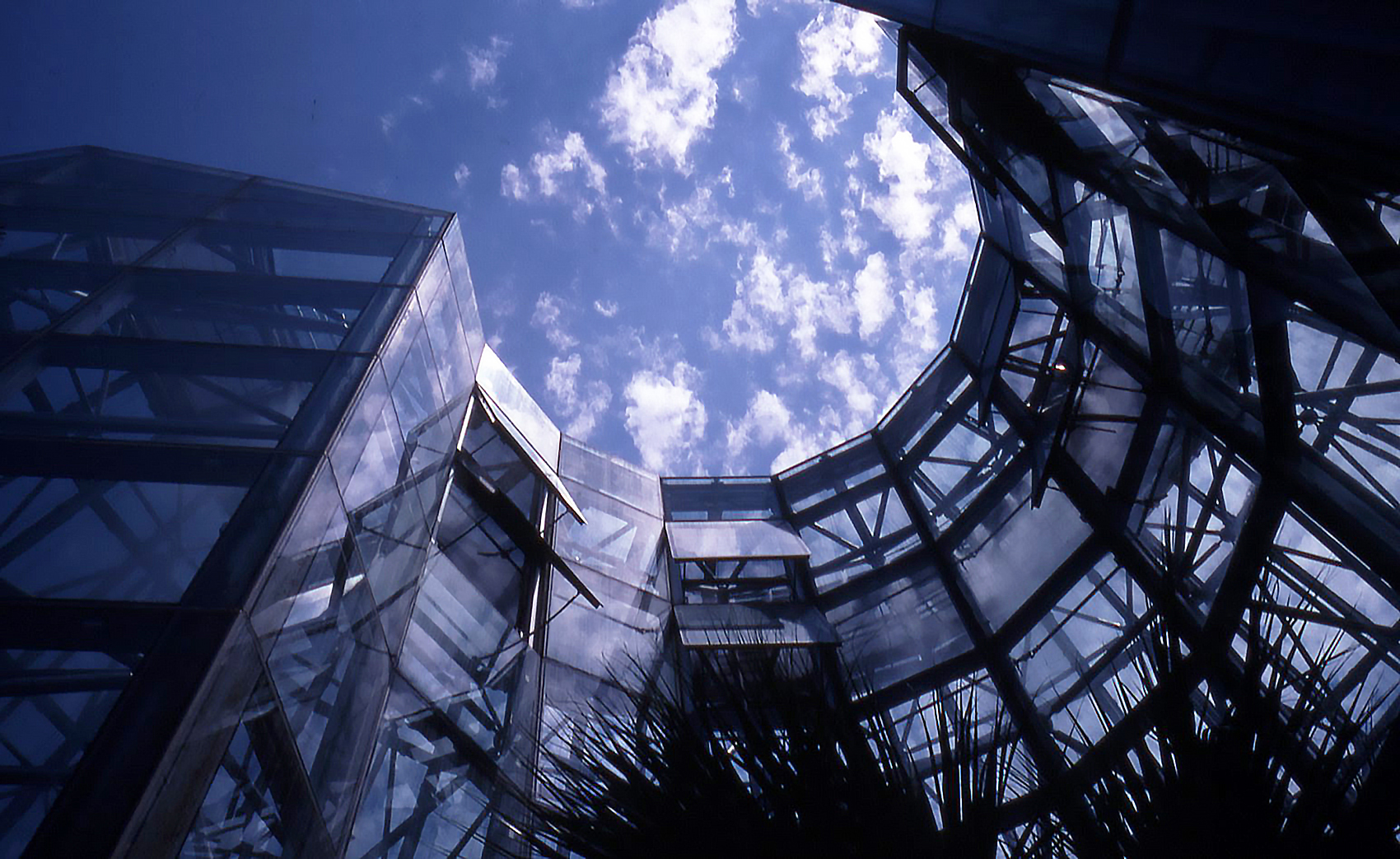 The Alexander Architectural Archives at the Architecture and Planning Library has acquired source materials for a publication that provides a comprehensive survey of architecture in the Lone Star State.

“The Buildings of Texas” (University of Virginia Press) — part of the Society of Architectural Historians’ “Buildings of the United States” series — is a two-volume publication by Gerald Moorhead (with James W. Steely, W. Dwayne Jones, Anna Mod, John C. Ferguson, Cheryl Caldwell Ferguson, Mario L. Sánchez and Stephen Fox), that catalogs the state’s built environment with architectural profiles of its major cities and the landmark structures that pepper the landscape.

The collection features the archives of editor Moorhead (FAIA) and contributor Mario L. Sanchez (UT, 1982), including documentation with research material, administrative records and over 12,000 photos. Only a small portion of buildings are represented in the final publication, providing incredible opportunities for further research.

The first volume was published in 2013, and the donation of these materials marks the project’s completion, with the second volume slated for publication later this year.

Processing of the collection will begin this spring.

Moorhead is an architectural lecturer at the Rice School of Architecture and an award-winning Houston architect with over 40 years of experience. He is a former contributing editor to “Architectural Record” and “Texas Architect” and the architect laureate of Kazakhstan.

The Benson Latin American Collection is pleased to announce the acquisition of the Alicia Gaspar de Alba Papers. Contents include drafts of creative works such as Calligraphy of the Witch (2007), La Llorona on the Longfellow Bridge (2003), and Sor Juana’s Second Dream (1999) as well as notable academic publications like [Un]framing the “Bad Woman” (UT Press, 2014), Our Lady of Controversy (UT Press, 2011), and Making a Killing (UT Press, 2010). Moreover, researchers will have access to Gaspar de Alba’s conference ephemera and early teaching files. In total, the scholar generously donated 40 bankers’ boxes that span her academic and literary career through 2017.

A native of El Paso/Juárez, Gaspar de Alba is no stranger to academia. As professor in the departments of Chicana/o Studies, English, and Gender Studies and Chair of LGBTQ Studies at UCLA, she has been a monumental figure on the California campus since 1994. During that time, she has published five academic books, three novels, and three collections of poetry and short story, establishing herself as one of the leading scholars and writers on Chicana feminism and lesbian literature.

As seamless as Gaspar de Alba’s relationship with academia might seem, tension marked its beginning. After graduating with a bachelor’s and then a master’s from the University of Texas–El Paso, Gaspar de Alba had a brief stop at the University of Iowa in the 1980s that ended with her leaving the PhD program in American Studies. She also taught English composition and ESL courses part-time at UMass Boston. Her career took off in 1986, however, with a purchase and a decision: the purchase was a used IBM Selectric typewriter for $600; the decision, to write every morning for four years.

Gaspar de Alba returned to her doctoral studies in 1990 at the University of New Mexico, receiving her PhD in 1994. She has lived in California ever since, now with her wife, artist Alma López. Yet the author keeps strong ties to the borderlands of her early years. In fact, Desert Blood (2005), winner of the Lambda Literary Award for Best Lesbian Mystery Novel, demonstrates how her home and her career as both researcher and writer all inform one another. The novel, which came about after years of research, is a fictional account of the femicides in Ciudad Juárez told through the eyes of a lesbian graduate student.

Those unfamiliar with Gaspar de Alba’s writing will find a focus on putting forth a Chicana lesbian identity through popular culture while questioning traditional Mexican and Chicana/o discourse. Her prolific and varied writing career has led her peers to refer to her as “the quintessential bilingual/bicultural writer” and “one of the most eloquent exponents of a lesbian esthetic and promoters of the empowerment of women.” The fact that this “do-it-all” writer has donated the collection speaks to her charitable desire to make her materials accessible to students and scholars around the world. It will certainly be the purpose of many visits to the Rare Books Reading Room and pairs nicely with the Benson’s current holdings, namely the papers of other Chicana writers from Texas, such as Gloria E. Anzaldúa, Carmen Tafolla, and Estela Portillo Trambley.

The Gaspar de Alba acquisition is a noteworthy addition to the U.S. Latina/o Collection at the Benson, which began in 1974 as the Mexican American Library Program. The collection has since evolved as one of the most inclusive and most comprehensive in the world, with a special attention given to distinctive voices that document the cultural, political, and economic impact of Latina/o and Hispanic populations in Texas and the United States. Its mission is to support the educational needs of students as well as to facilitate the scholarly activity of the faculty of the Center for Mexican American Studies and the Department of Mexican American and Latina/o Studies.

Please stay tuned for future information and events to celebrate this exceptional collection.