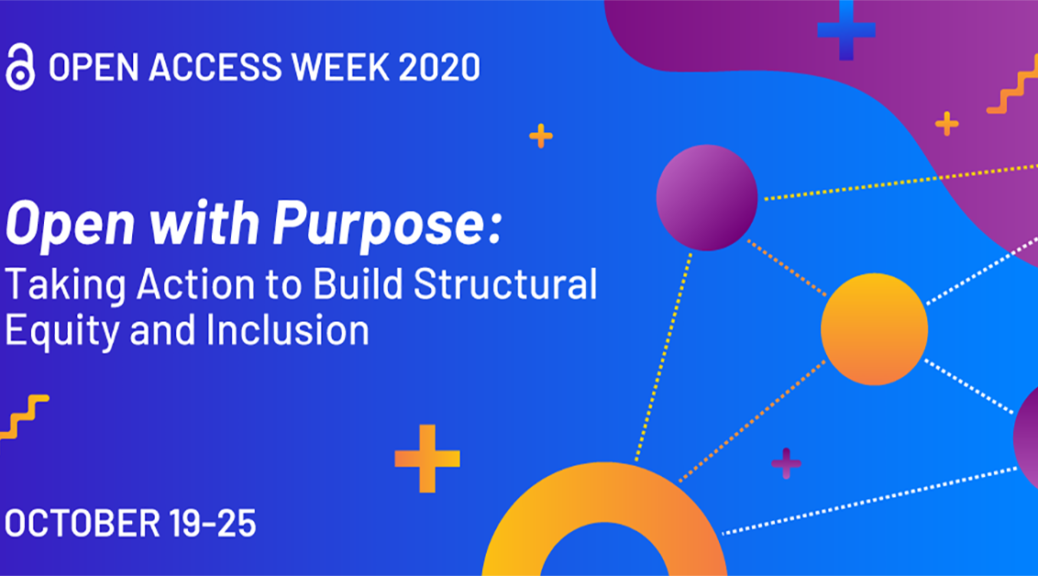 Much of the research being conducted at universities, colleges, and institutes around the world is written up by professors, graduate students, and research associates and published in toll-access (subscription) journals. Anyone lacking a subscription to that journal will not be able to access the articles published there. This creates a serious access problem for many people across the globe.

An alternative method of publishing, called Open Access, allows for anyone to read the results of research for free.

So, why should you care?

UT Libraries cares deeply about the issue of access for all. For many years we’ve invested in open access publishing and infrastructure in an effort to help shift the scholarly publishing system to a more equitable form.

In celebration of Open Access Week 2020, we’d like to highlight some of the projects we’ve invested in and/or supported over the years. This support can take the form of financial contributions, technical support, content creation, and ongoing promotion and management. We encourage you to check out these open access projects and experience the wide range of disciplines and content types that they represent.

Because we believe that access to information is a fundamental right, UT Libraries will continue to prioritize support for open access publishing, open educational resources, and open data.

We welcome any questions you may have about the OA projects listed above or OA projects you’d like to see us support.

“Translatio” at the University of Bonn—a project of the Department of Islamic Studies and Middle Eastern Languages—seeks to make Arabic, Persian, and Ottoman Turkish periodicals published between 1860 and 1945 available online for free. The periodicals are selected from a number of partner institutions and digitized at the University of Bonn. The digital surrogates are then made available in a readable and downloadable version through the University’s digital collections website. “Translatio” strives, in its first phase, to focus on digitizing complete or mostly complete runs of periodicals (although it is evident that some of the titles are not nearly complete; UT Austin has acquired and is processing a complete set of al-Ḥurriyya, although there is only one volume extant in the “Translatio” database). The next phase will likely turn to less complete and single issues of periodicals that still bear cultural, historical, and research significance. The current collaborators include Bamberg University Library, Oriental Seminar of the University of Freiburg, Mainz University Library, Bavarian State Library Munich, Tübingen University Library, and the University of Bonn. Although “Translatio” is not a digital scholarship project in the conventional sense, it is still a novel gathering of digitized Middle Eastern periodicals that offers tantalizing opportunities for researchers engaged with traditional and digital methods.

Access to the digitized periodicals is quite user-friendly: they are organized by language group, and then alphabetically by title. Each title expands into a brief description of the periodical (in German), a short bibliography when available, and a link to the digital images. Transliteration follows the German standard, and metadata fields are indicated in German. Some understanding of German, therefore, is helpful for navigating the site and the contents of the periodicals (Google Translate, alone or via the Chrome browser, works well in this case). The metadata for each periodical is given at the title level, and users can click through individual issues to see issue-level metadata. The metadata does not include information on editors and authors, which would be desirable for researchers, but would also take an incredible amount of labor on the side of the project workers. This could be an area for future development.

As for the digital images of the periodicals: they can be downloaded in PDF or JPEG format and saved directly to the user’s device. The images are of adequate quality for researchers who wish to use them much like they would a microform newspaper, by scanning, browsing, and reading. However, the quality of many of the titles is not high enough to capture physical details of the ink or paper, and would not lend itself to optical character recognition (OCR). That is perhaps both the primary frustration and the arena of greatest possibility with this project: all of these digitized periodicals are begging to be put through OCR so that they may be full-text searchable and instrumentalized as a corpus for distant reading. That would certainly be a groundbreaking development for the field of Middle Eastern Studies.

It is, nevertheless, significant that researchers have access to all of these excellent and important Middle Eastern periodicals in one place. Additionally—and this librarian’s favorite aspect of the project—the project website includes a clearinghouse of digital Middle Eastern periodicals collections from institutions around the world. Thus, Bonn’s digitized periodicals do not live in complete isolation from similar efforts on the web; rather, one can use the “Translatio” website as a starting place for research across a number of related collections. Researchers using UT Libraries’ print collections have the opportunity to interact with some of these titles in person as well, including al-Balāgh al-ʿUsbūʿī, al-Bayān, and Sharq, among others. The next step in the evolution of the relationships among these collections would be a federated search across all of them simultaneously—and this librarian would love to see a digital reading interface that observes the right-to-left directionality of all three languages in this project—but let’s take this one step at a time. The “Translatio” team at Bonn has much to celebrate. 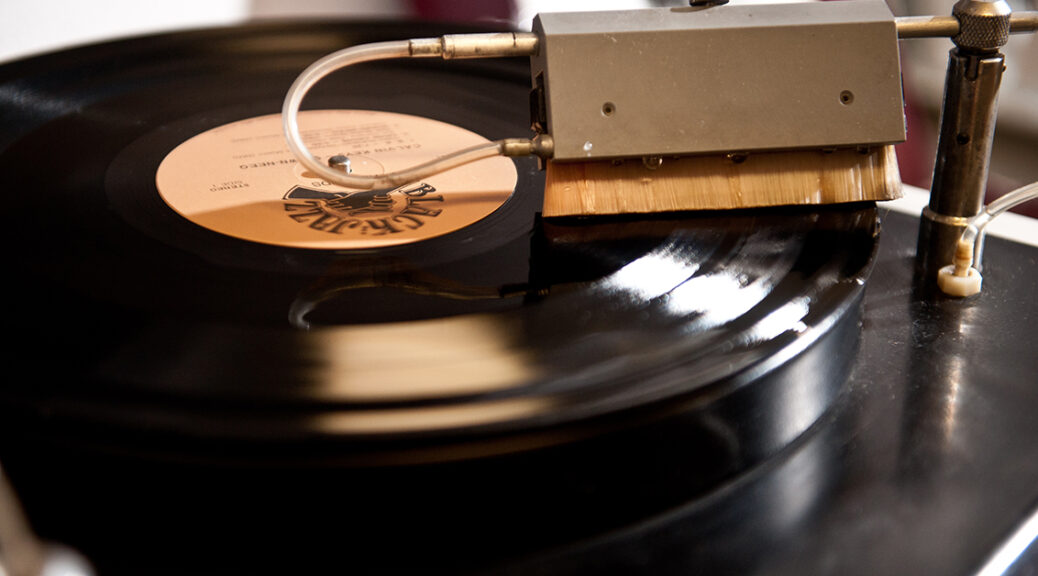 Deidre Rodman / Sun is Us

University of North Texas jazz alum and pianist/composer Rodman takes the high road (compositionally and performance-wise) on this impressive debut album. The songs suggest a bittersweet maturity beyond her years, all the while digging on a film noir/back-alley ambiance courtesy of NYC instrumentalists. One detects masterful moments of Mingus or McCoy, but turns out it’s Ahmad Jamal and Herbie Hancock to whom Rodman mostly nods. A moody, mysterious, thematically cohesive collection.

Bare-boned and gritty country rock from the longtime SoCal troubadour Mark Insley. Think of that Bakersfield sound gone cowpunk. Insley co-produces – this, his second album – along with Paul du Gre (Los Lobos, Sheryl Crow, Dave Alvin), and the result is pure Americana gold. Bad bruising kickers give way to end-of-the-bar sad ballads, while those introspective and hard-luck lyrics weave everything together into a Southwestern storyteller’s sarape. A late-night soundtrack for the road-weary heart.

This Bay Area soul/jazz collective brings some serious souped-up grooveon their self-titled debut album. Wide Hive Records label founder and organist Gregory Howe leads the winding way along with songwriting accomplice Matt Montgomery on piano and bass. Apart from one track featuring the incredible jazz diva Faye Carol on vocals, the album is stripped-down, instrumental, and righteously funky. Head-nodding, hip-shaking, mood-enhancing aural medicine. The base elements of R&B – good for what ails you.

Released over thirty years after its capture at NYC’s Atlantic Studios, this Sam Moore (of Sam & Dave fame) solo debut album celebrates the singer’s supremely soulful voice with a mixed gift bag of mostly covers. Showcasing classic production by tenor sax legend King Curtis, big-boned R&B backbeats by Bernard Purdie, and even Aretha Franklin sitting in on keyboards(!), Moore dazzles and thrills on each track. The finest of Fine Art, the highest of a higher calling, and truly essential American music.