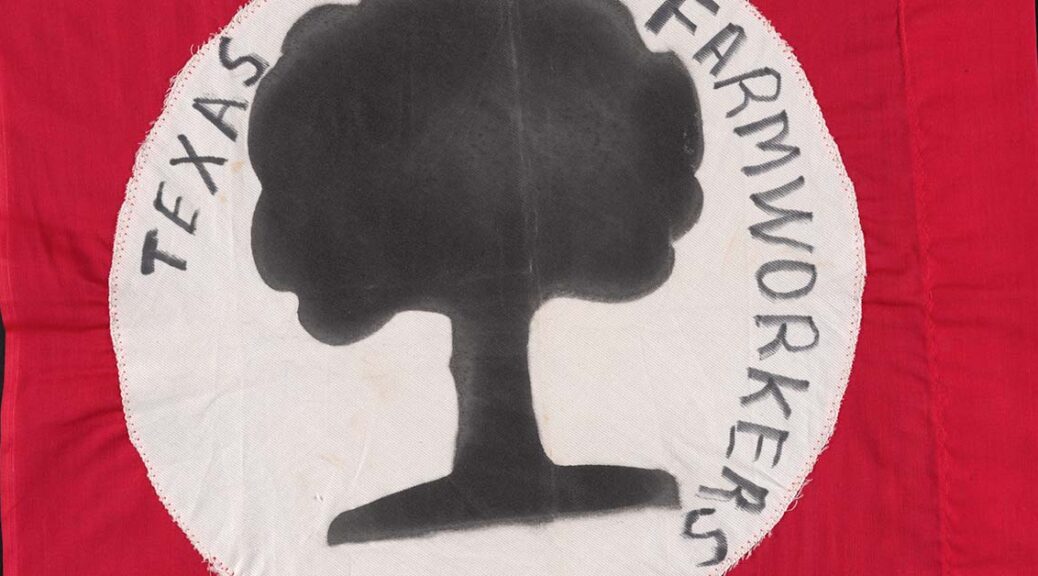 A twenty-two-year program that began during World War II and is still relevant nearly sixty years after its conclusion in 1964, the Bracero Program was an agreement between the U.S. and Mexican governments to permit short-term Mexican laborers to work in the United States.

In an effort to stem labor shortages during and after the war years, an estimated 4.6 million workers came to the USA with the promise of thirty cents per hour and “humane treatment.” Of course, we know that loosely defined terms like “humane treatment” present a slippery slope that can erase and omit stories. Fortunately, through the collaborative efforts of the Roy Rosenzweig Center for History and New Media, George Mason University, the Smithsonian National Museum of American History, Brown University, and the University of Texas at El Paso’s Institute of Oral History, many of those once-hidden stories have been preserved and made accessible through the Bracero History Archive (BHA).

The BHA offers a variety of materials, most notably over 700 oral histories recorded in English and Spanish. While the metadata fields for each oral history could be more robust, the ability to hear first-hand accounts and inter-generational stories is a dream come true for primary source-seekers. All audio is available to download in mp3 format for future use.

Apart from oral histories, other resources are also available. Images, such as photographs and postcards, provide visuals of the varied environments that hosted the Braceros as well as portraits of the Braceros themselves.

Again, further detail on these resources would benefit the archive. For example, the photograph above, titled “Two Men,” demonstrates a lack of context needed for a more profound understanding while also acknowledging the potentially constant transient nature of Bracero work. In fact, the very word bracero, derived from the Spanish word for “arm,” is indicative of the commodification and dehumanization of the human body for labor. Workers lived in subpar work camps, received threats of deportation, and lacked proper nourishment, especially given the arduous work conditions.

Additional BHA resources include a “documents” section in which offspring share anecdotes about the Bracero Program and track down information about loved ones. Finally, the site offers resources for middle school and high school teachers to use in their curriculum. Here again is an opportunity to further build out the site for university-level instruction.

The digital objects in the BHA are worthwhile for those looking to recover an often-overlooked subject in American history that still resonates with themes relating to immigration today. Indeed, farmworkers continue to be exploited and underappreciated despite their contributions to society. This has led to a number of movements, marches, and boycotts in efforts to improve living conditions and wages.

For those interested in oral history collections at the University of Texas Libraries, look no further than the Voces Oral History Project and Los del Valle Oral History Project, both housed at the Nettie Lee Benson Latin American Collection. Similarly, collections related to farmworkers, and undoubtedly influenced by the legacies of the Bracero Program, include the Texas Farm Workers Union Collection and the María G. Flores Papers.

Increasingly simple and cost-effective digital technologies have made capturing and distributing oral histories a robust and growing field for archivists and for researchers, and, by extension for students and scholars seeking primary source, personal narratives to augment their understandings of history.  One of the most compelling South Asian oral history projects is the 1947 Partition Archive.  The Archive’s mission is to preserve eyewitness accounts from those who lived through the exceptionally turbulent and violent period when the Indian subcontinent gained independence from Britain, divided into the nation-states of India and Pakistan, and millions of people migrated from India to Pakistan, from Pakistan to India, from India and Pakistan to other parts of the world.  The work of the Archive is especially pressing: it has been 72 years since Partition and those still alive and able to directly recount their stories are increasingly rare.  As such, the core of the Archive’s work is to use its digital platform to encourage and motivate more interviews.

Using the power of “the crowd” to create content as well as to fund itself, the 1947 Partition Archive is demonstrably transparent in its methodologies; of particular use to those new to video oral histories is their “Citizen Historian Training Packet” which walks a novice through best practices for interviewing, strategies for good video capture, recommendations for incorporating still images into videos and even how to employ social media to generate interest (and potentially more interviews!).   The Archive has gathered over 5000 interviews so far and uses a very persuasive interactive map (StoryMap) on its front page to document the scale and scope of migration while simultaneously indexing the interviews; on the map itself, try searching a city either in “migrated to” or “migrated from” to generate a list of interviews, many with detailed text summaries that can be easily shared through social media, email, etc.

Recently the Archive has partnered with Stanford University Library to preserve and archive the recordings.  To date, approximately 50 interviews are available through streaming on the site and (contingent on funding) one can hope for more to be available soon.  On the Stanford site, one can navigate by language, author, place & date of recording, but those just beginning to explore the subject may find the “Today’s Story” a good place to start.

The stories bravely shared through the 1947 Partition Archive are simultaneously compelling and devastating in their intimate descriptions of destruction, of violence, of loss.  And yet, they also provide hope: all interviewees survived the ruin that was Partition and the very act of sharing their stories demonstrates a hope for and generosity towards future generations to learn from the past.

The UT Libraries has an extensive collection related to Partition; those new to the topic might begin with a short story by Saadat Hasan Manto, “Toba Tek Singh,”  a novel by Khushwant Singh, Train to Pakistan, or by Salman Rushdie, Midnight’s Children, or Vishwajyoti Ghosh’s curated graphic novel, This Side, That Side.