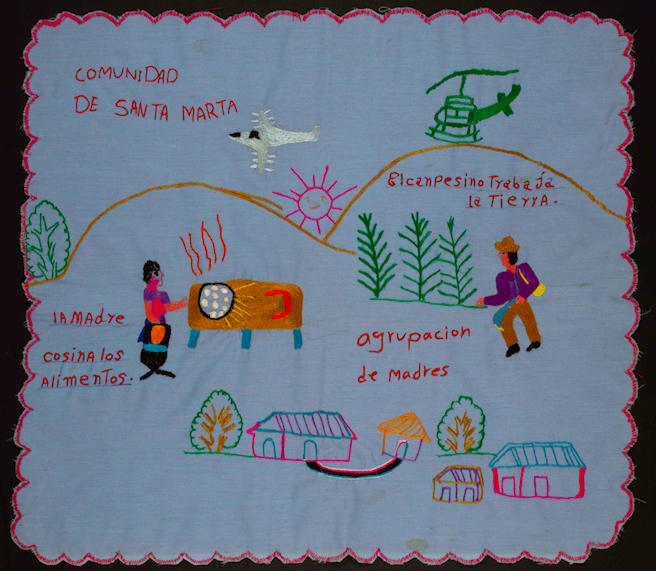 It was the Summer of Zoom. Anyone whose job quickly morphed from being in-person to being entirely online can relate to (a) isolation, (b) feeling overwhelmed, (c) video-conference overload, or (d) some or all of the above. Yet the ability to engage with other people on platforms such as Zoom has allowed some important work to move forward. Such was the case with the recent workshop series conducted with archival partners in Latin America by the LLILAS Benson Digital Initiatives team (LBDI).

The workshops were originally planned to occur in person during a week-long retreat in Antigua, Guatemala, with a group of Latin American partner archives. As an essential activity of the two-year Mellon Foundation grant titled Cultivating a Latin American Post-Custodial Archiving Community, the week would provide an opportunity for partners from Guatemala,  El Salvador, Colombia, and Brazil to come together for training, share resources and knowledge, exchange ideas, and discuss challenges they face in their work.

The Mellon grant, covering work between January 2020 and June 2022, provides funding to support post-custodial* archival work with five partner archives, some of whom are already represented in the Latin American Digital Initiatives repository, which emphasizes collections documenting human rights issues and underrepresented communities.

Despite the physical distance, workshop participants clearly valued the opportunity to come together and learn from one another, especially during the pandemic, which has had such profound effects on daily life as well as work. The increased isolation, repression, and attacks against communities that have accompanied the pandemic also underscored for partners the urgency of preserving their communities’ documentation to support current struggles for recognition and respect of basic human rights, and to prevent future efforts to erase or deny ongoing violence and injustice. This shared commitment fostered a sense of solidarity and mutual support among participants.

“For our team, it was an enriching experience that allowed us to reflect, as part of a multinational group, on the achievements and expectations of the LLILAS Benson Mellon project,” reported Carlos Henríquez Consalvi (aka Santiago) of MUPI, who also remarked on the opportunity to get to know the work of partner archives, “and to learn of their challenges with conservation and diffusion of their respective collections.”

Carolina Rendón, one of two participants from ODHAG’s Centro de la Memoria Monseñor Juan Gerardi, expressed how the day-to-day burdens of the pandemic were lightened by the opportunity to meet with others: “It was very good to be in spaces with others who work in different archives across Latin America. The pandemic has been heavy. During the course of the workshops, we passed through several stages—lockdown, fear, horror at the deaths,  . . . . I appreciate getting to know, even virtually, people who work in archives in other countries.”

For the LLILAS Benson team, the positive comments, and the general feeling of gratitude for the solidarity of online gatherings, offset the heavy lifting of preparing multiple training videos per week in Spanish, with texts quickly and expertly translated to Portuguese by collaborator Tereza Braga. In words of David A. Bliss, digital processing archivist, “The biggest challenge was distilling a huge amount of technical information down to its most important elements and communicating these as clearly as possible in Spanish.”

Bliss also alluded to the fact that the partners themselves are a diverse group with different backgrounds, needs, and types of archives: “Some of our partners have been running digitization programs for years, but for others the information was all new, so I worked hard to strike a balance between the two using visual aids and clear definitions for technical terms.”

One of the most rewarding aspects of the workshop series was knowing that archivists and activists who work to preserve important records of memory in the area of human rights were able to come together, albeit virtually, to share their work and their perspectives with one another. As Bliss put it, “Ordinarily, we work individually with each partner organization to help them manage their digitization project, with the goal of gathering all of their collections together in LADI. But many of our partners don’t just hold collections of historical documents; they’re engaged in ongoing struggles for their communities. They’re far more equipped to help one another strategize and succeed in that work than we are, so giving them the space to form those direct connections with one another is really important. It’s also very validating for us, because it’s been one of our goals for years now: we want to be just one part of a network of partners, not at the center of it.”

* Post-custodial archiving is a process whereby sometimes vulnerable archives are preserved digitally and the digital versions made accessible worldwide, thus increasing access to the materials while ensuring they remain in the custody and care of their community of origin. LLILAS Benson is a pioneer in this practice. 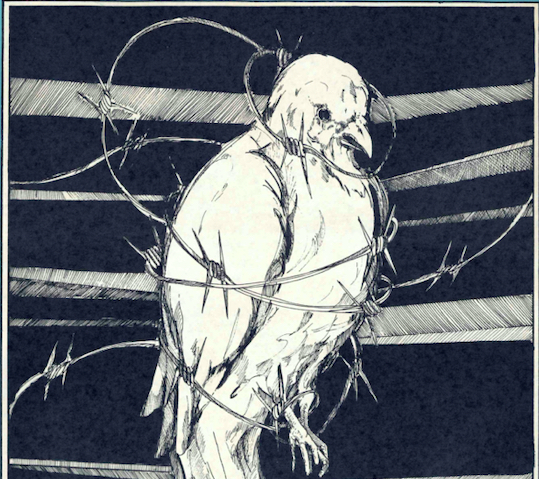 BY DAVID A. BLISS

More than 60 thousand scanned images from seven archival collections throughout Latin America are now available online in the updated Latin American Digital Initiatives (LADI) repository (ladi.lib.utexas.edu). The site was developed over the course of two years by the LLILAS Benson Digital Initiatives team and University of Texas Libraries software developers, with support from the Andrew W. Mellon Foundation. A previous version of the site, featuring four archival collections, launched in 2015.

The digitized images in the LADI repository were created by archive-holding organizations in Latin America in partnership with LLILAS Benson. Partnering organizations produced high-quality scans and detailed metadata about their collections, while LLILAS Benson staff offered equipment, on-site training, and technical consultation under a post-custodial archival framework. The online repository is intended for use by researchers, teachers, and activists, as well as the communities to which the materials belong. The site can be navigated in English, Spanish, and Portuguese.

About the Site Update

The new version of the site was built from the ground up using an open-source technology stack consisting of Fedora 5, Islandora 8, and Drupal 8, based on the Resource Description Framework (RDF) for linked data. The updated repository infrastructure greatly improves the site’s multilingual capabilities and provides more connections between objects to improve cross-searching and discoverability. The site was developed using a combination of standard Islandora features and custom code, which was contributed back to the Islandora community.

David A. Bliss is the digital processing archivist for LLILAS Benson Latin American Studies and Collections, The University of Texas at Austin.