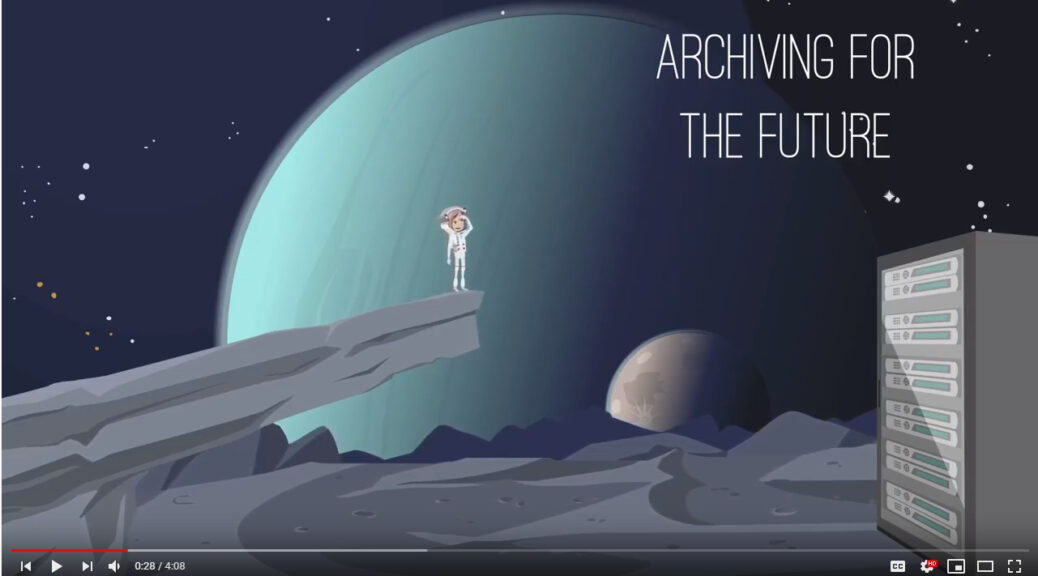 At AILLA, we are developing guidelines for language researchers and activists that are intended to facilitate the organization and ingestion of their collections of recordings and annotations of Indigenous, and often endangered, languages into digital repositories so that these valuable digital resources can be preserved for the future. One of the areas of focus for these guidelines is on the importance of using open and sustainable file formats to increase the likelihood that digital files can be opened and read in the future. To help explain these ideas, we produced a short animated video that is available under a Creative Commons license on YouTube at https://youtu.be/2JCpg6ICr8M.

Many digital documents are produced using proprietary software, and future users will need to have the same, or similar, software to open the files or read their contents. While documents in proprietary formats can be put into a digital repository so their bitstreams (all the ones and zeroes) are preserved well into the future, the exact copy of the file a user downloads years from now may be impossible to use if the proprietary software it was made with is no longer available. Documents preserved in these non-open and non-sustainable formats then end up like cuneiform tablets: objects whose marks and features have survived a long passage through time but can only be read by a small number of people after considerable effort and study.

Choosing sustainable open formats helps ensure that materials are not just preserved but are accessible and usable into the future, since open-source applications can be more easily built to read files stored in non-proprietary formats. 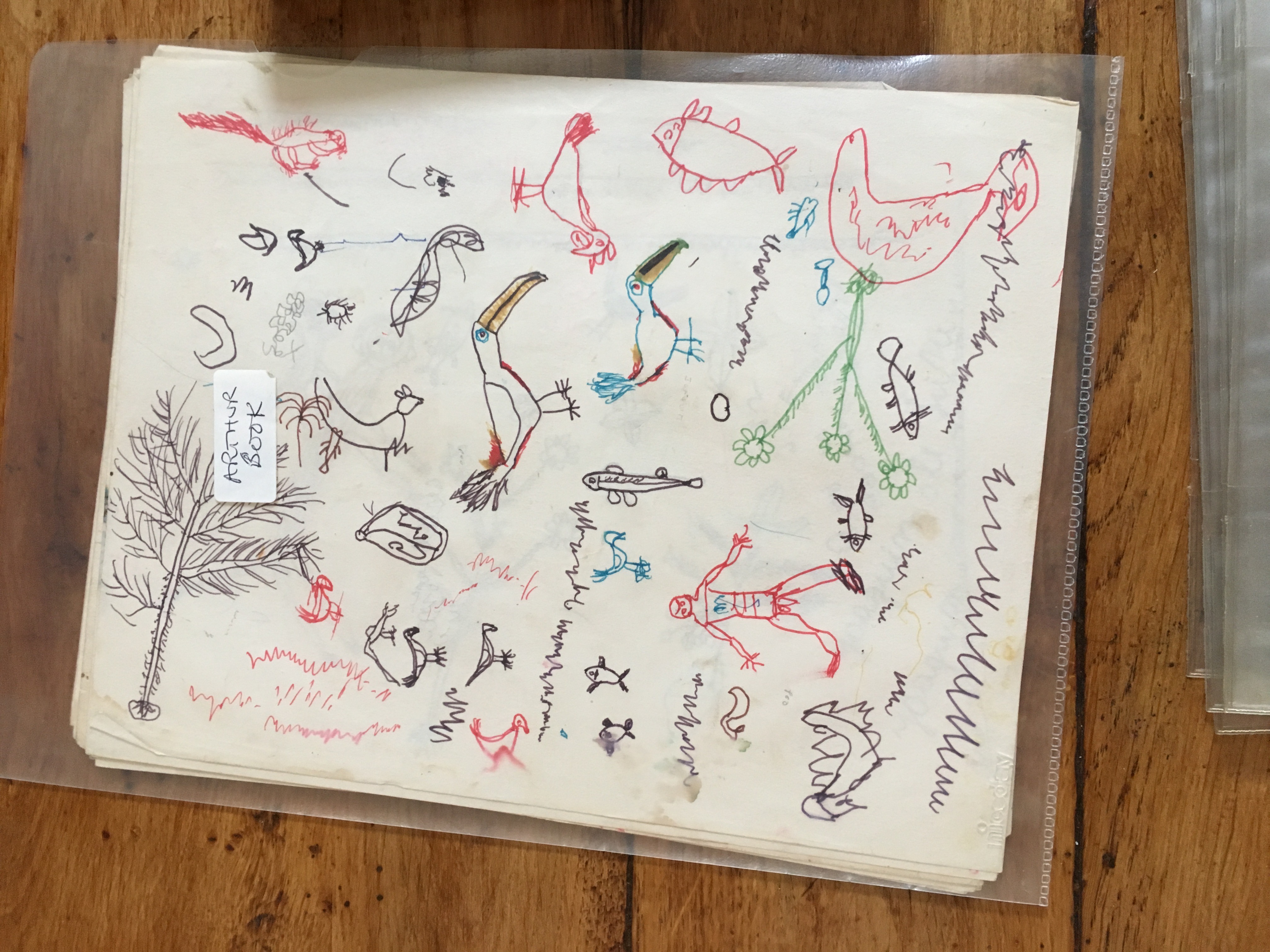 Susan Kung, manager of the Archive of the Indigenous Languages of Latin America (AILLA), kicked off work on the new National Endowment for the Humanities grant, Archiving Significant Collections of Endangered Languages: Two Multilingual Regions of Northwest South America (PD-260978-18, Co-PIs Patience Epps and Susan Kung) with a seven-week trip to the UK and France to acquire and begin the work of digitizing three of the eight collections included in the grant.

Kung’s work in the UK relied heavily on collaboration with the Endangered Language Archive (ELAR) at the School of Oriental and African Studies (SOAS), University of London. ELAR, like AILLA, is a digital repository that specializes in providing online access to, and long-term preservation of, multimedia materials in and about endangered indigenous languages. Kung’s trip started in London with a series of meetings at SOAS, where she helped to provide training to researchers in language documentation, archiving, and preservation methodologies, and helped ELAR’s staff plan for its imminent data migration.

From there, Kung headed to Cajarc in the southwest of France to work with Dr. Elsa Gomez-Imbert, a retired researcher from the French National Research Center who conducted linguistic fieldwork in the Colombian Vaupés from 1973 to 2010 on several different languages of the region, including Tatuyo, Barasana, Karapana, Eduria, Bará, and Makuna, all of which are members of the Eastern Tukanoan language family.

Kung and Gomez-Imbert spent four days compiling metadata and creating an inventory of Gomez-Imbert’s audio tapes and slides, all of which Kung then transported to London for digitization at SOAS.

Back in London, Kung spent a day doing similar work with Dr. Howard Reid, an anthropologist, documentary filmmaker for the BBC, and chair of the Royal Anthropological Institute’s Film Committee, who lived with the hunter-gatherer Hup people in the Amazon basin in 1974–76.

Kung finished up the acquisition part of her trip with four days of inventory and metadata work with Dr. Stephen Hugh-Jones, Emeritus Research Associate at the Cambridge University Department of Social Anthropology, at his office in King’s College, Cambridge. Hugh-Jones and his wife, Christine Hugh-Jones, lived with the Barasana people in the Colombian Vaupés in 1968–1971 and again in 1978–1979, along with their two young children on the second occasion. Over the course of 50 years, Hugh-Jones has worked with Barasana, as well as the Bará, Eduria, Makuna, and Tatuyo people in the Colombian Amazon. His research has included ritual, symbolism and mythology, shamanism, kinship, architecture, barter and gift exchange, food and drugs, and ethno-education.

The Hugh-Jones collection consists of born-digital and analog (cassette and open reel) audio recordings, 45 field notebooks, manuscript transcriptions of recordings, photographs and negatives, and an unprecedented accumulation of indigenous artworks. Kung, along with Bernard Howard, the sound technician for the SOAS Linguistics Department, spent three weeks digitizing these collections at SOAS, where Howard concentrated on digitizing the 137 audio tapes (cassettes and open reels) and Kung focused on scanning slides and paper documents.

Before returning home, Kung returned Reid’s and Gomez-Imbert’s collections to them, and shipped the remainder of the Hugh-Jones collection to AILLA, where it will be digitized during this academic year and then returned to the Hugh-Joneses. Once all the digital files from all three collections have been curated in collaboration with the Gomez-Imbert, Reid, and Hugh-Jones, they will be ingested into AILLA and available for public viewing. 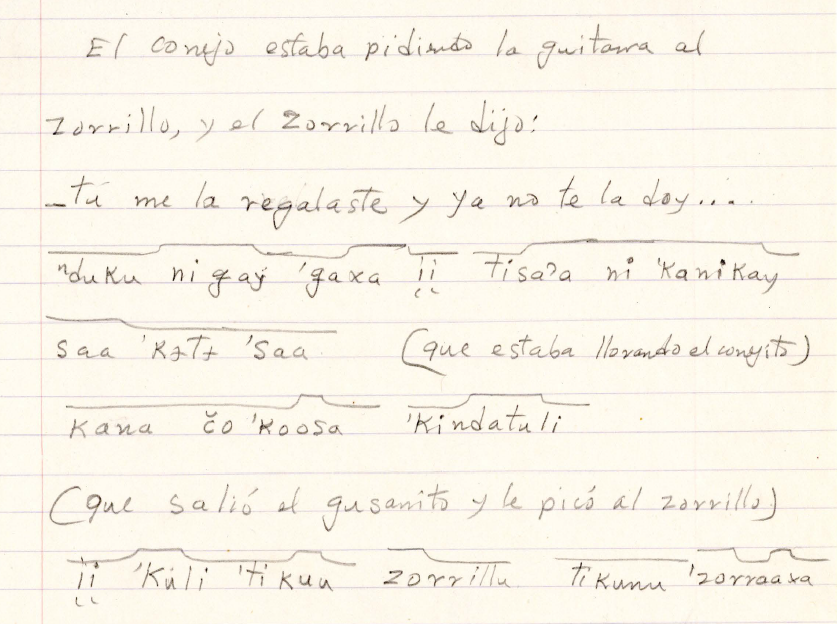 The Archive of Indigenous Languages of Latin America (AILLA) has received a pilot grant from the Humanities Collections and Reference Resources program of the National Endowment for the Humanities. This grant will improve access to some of the archive’s thousands of audio recordings in indigenous languages by supporting pilot efforts to crowdsource the creation of digital texts for manuscript transcriptions and translations that accompany recordings already in AILLA’s collections. Specifically, the grant will support the transcription of materials in the Mixtec languages of Mexico that are included in the MesoAmerican Languages Collection of Kathryn Josserand. These materials include a very broad survey of the grammar and vocabulary of the Mixtec languages spoken in over 100 towns and villages of southern Mexico.

Digital transcriptions will improve users’ access to these materials and will also facilitate their reuse for humanistic and especially linguistic research studying the dialectology of the Mixtec languages, which, decades after these materials were collected, is still not completely understood. They will also contribute to research on the prehistory of the Mixtec-speaking people, who today number almost a half-million in Mexico. One component of the project will be the development of educational modules that will use the transcription task to teach lessons on linguistic transcription, language description, and historical linguistics. This pilot project will also allow AILLA to develop transcription workflows that can be applied to other significant collections of handwritten documents in the archive’s collections.

Pilot project will improve access to a collection of Mixtec audio recordings. 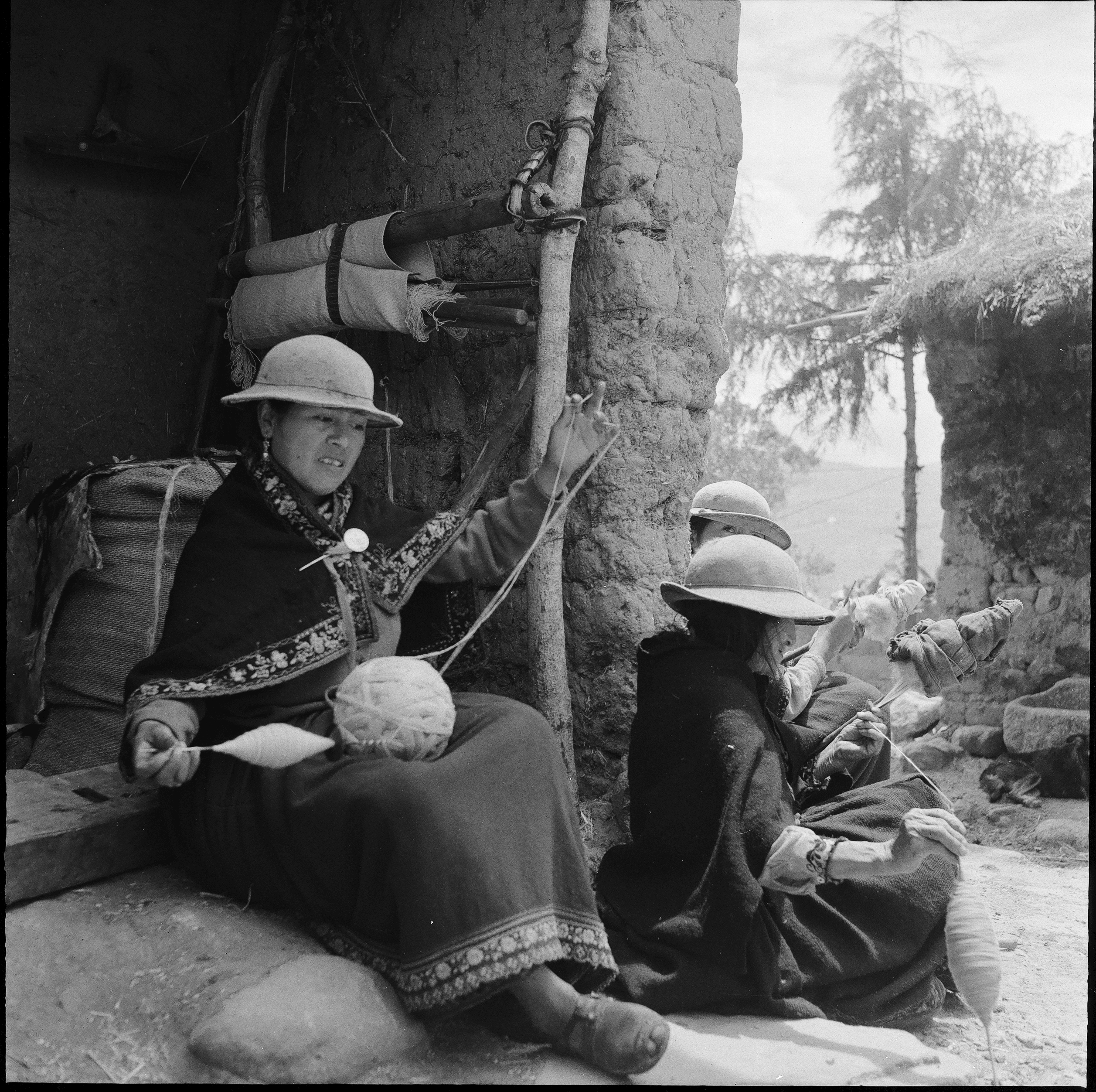