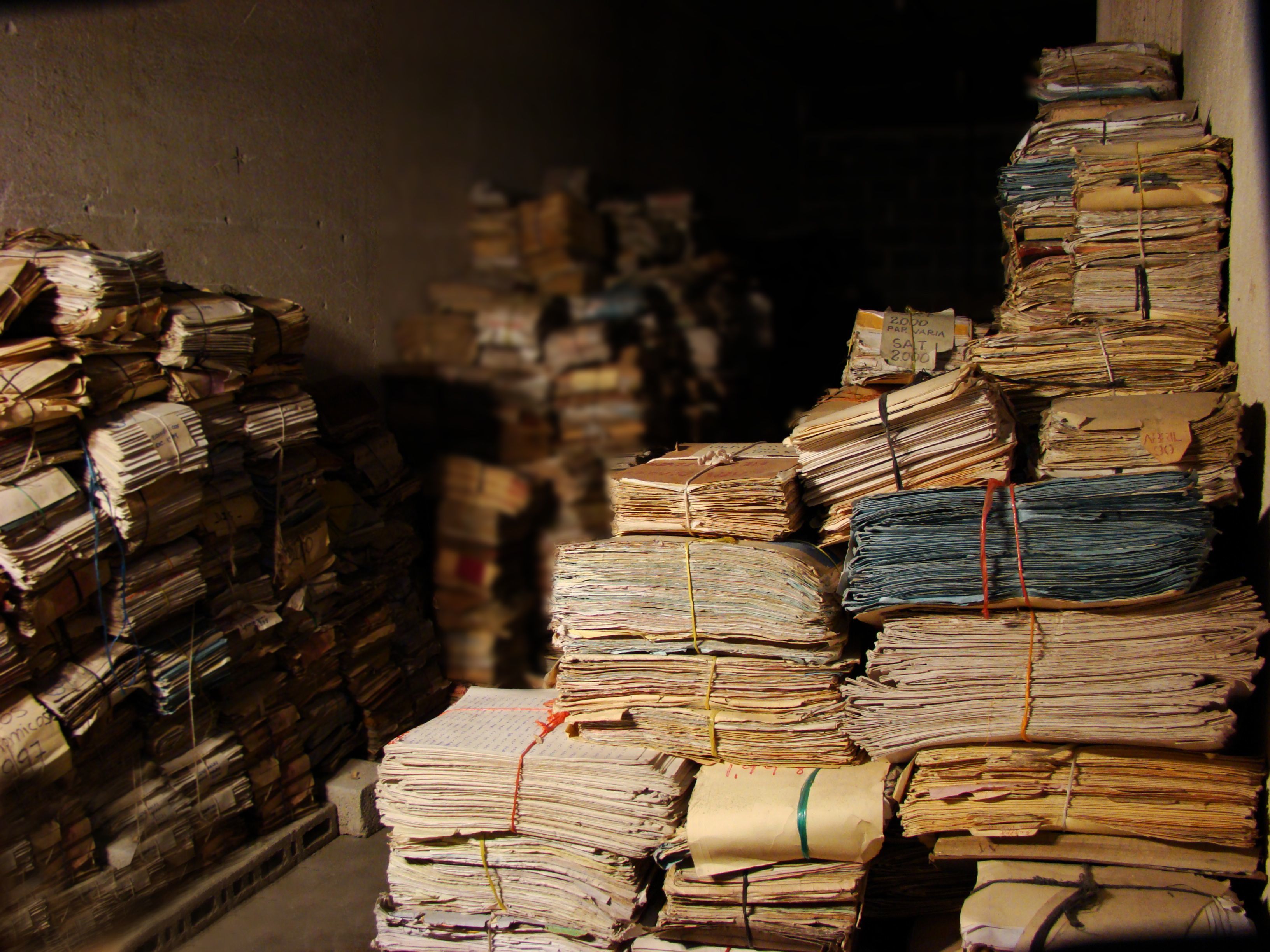 Editor’s note: From the National Security Archive at George Washington University: “Guatemala’s renowned Historical Archive of the National Police (AHPN) is in crisis after its director, Gustavo Meoño Brenner, was abruptly removed in one of a series of recent actions orchestrated by the Guatemalan government and a United Nations office. The actions also placed the AHPN’s remaining staff of more than fifty people on temporary contract, and transferred oversight for the repository from the country’s national archives, where it had functioned since 2009, to the Ministry of Culture and Sports.” (See Guatemala Police Archive Under Threat.)

These actions took place on August 3, a week after LLILAS Benson Latin American Studies and Collections joined UT’s Rapoport Center for Human Rights and Justice in Guatemala City to host “Archives and Human Rights: A History of Collaboration between the University of Texas and the Historic Archive of the National Police.” The one-day seminar was an opportunity to reflect on seven years of partnership between the University of Texas and the AHPN, which preserves records documenting over one hundred years of police activity in Guatemala.

Given the recent alarming developments at AHPN, Virginia Garrard, director of LLILAS Benson Latin American Studies and Collections at The University of Texas at Austin, stated, “LLILAS Benson affirms its commitment to supporting the preservation of this historic collection, which is so fundamental to the pursuit of justice, the recovery of historical memory in Guatemala, and to the preservation of Guatemala’s national history dating back all the way to the nineteenth century.”

Representatives from LLILAS Benson Latin American Studies and Collections and the Bernard and Audre Rapoport Center for Human Rights and Justice visited Guatemala City on July 27 for a seminar on archival partnerships between the University of Texas and Guatemalan institutions.

The event, “Archives and Human Rights: A History of Collaboration between the AHPN and the University of Texas” was held at the Archivo Histórico de la Policía Nacional (Guatemala National Police Archive, or AHPN). The AHPN is located in the unfinished hospital building where over 80 million pages of archival materials were found, in various states of preservation, in 2005. For over ten years, Guatemalan archivists have been working to preserve, organize, and provide access to this vulnerable collection.

During the seminar, speakers reflected on the seven-year partnership between the AHPN and the University of Texas, which has featured scholarly, pedagogical, and digital collaborations, including the 2011 launch of the UT-hosted digital portal to the AHPN.

LLILAS Benson alumni Giovanni Batz, Brenda Xum, María Aguilar, and Hannah Alpert-Abrams discussed the impact of teaching and learning with the archive on their professional careers and their personal understanding of Guatemalan history. Especially moving were personal stories from former UT students whose understanding of their cultural heritage was shaped by studying the AHPN. As Brenda Xum remarked: “los archivos cuentan una historia humana” (“the archives tell a human story”).

Longtime AHPN affiliates Enmy Morán and Tamy Guberek offered visions of the future of research with the AHPN, including new approaches to archival practice and new quantitative methods for uncovering archival histories.

About seventy-five scholars, archivists, students, and community members attended the conference, which was open to the public. Among the topics addressed in audience questions were the challenges of digital preservation, the difficulties of accessing archival information, and the ethics of publishing sensitive information online.

Throughout the very warm afternoon, participants commented on the ways that the conference had reinvigorated their interest in archival research and Guatemalan history. At the end of the day, one audience member stood to congratulate the panelists on a successful event. “Before this event I didn’t really know about this archive,” she said, “and I didn’t know about its importance to my country’s history.”