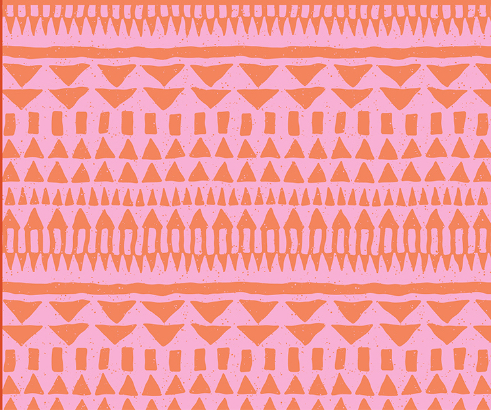 Dr. Miller completed her master’s in Latin American Studies from LLILAS (at the time, ILAS) in 1973, and earned her doctorate in Art History, also from UT, in 1981. An art historian who specializes in ancient Maya art, she is Associate Professor Emerita of Pre-Columbian and Native American Art in the Department of Art History at the University of Illinois, Chicago. Recently, Dr. Miller spoke to LLILAS Benson Communications Coordinator Susanna Sharpe, explaining how a young woman born in London, Ontario, Canada, made her way to Austin, Texas, to study Latin America.

“I was a French major [in college], but nobody was offering me a glamorous job in Paris when I graduated. But I got a chance to work for the YWCA in Mexico City, so I took it,” recalled Miller. “I had already spent a summer in South America by then.”

Driven by her interest in learning more about Latin America, her fluency in Spanish, and her desire to study and live someplace warm, Miller applied to a handful of master’s programs in the U.S. She knew very little about the programs she applied to. “Remember, this is before the internet.” A Latin American history professor she knew told her to choose UT Austin if she got in, so she did, although she admits the decision was rather random. “I hadn’t looked at a map,” Miller laughed, “I didn’t know where Austin was; I just knew it was in Texas. I couldn’t understand anybody at all for the first few days!”

It was during an art history seminar during her first semester that Miller began to develop an interest in the field that would become the focus of her career. Once she began the PhD program in art history, things gradually began to fall into place and her focus zeroed in on pre-Columbian and then specifically ancient Maya art.

Miller remarked on witnessing her own students’ reactions to this material. “A lot of my students were just astonished to learn about [pre-Columbian art]. Even the art history majors. I got a lot of converts from modern and Renaissance art, especially at the master’s level. The best part of teaching was the students’ discovery of these cultures.”

Although she spent most of her career teaching at UIC, Miller also taught at Oberlin College and Northwestern University. As a Fulbright scholar, she taught in both Guatemala and Mexico. She also took a brief break from teaching to join the Foreign Service, working in the consular office of the American embassy in Madrid.

She is the author of The Frieze of the Palace of the Stuccoes, Acanceh, Yucatan, Mexico, and an edited volume titled The Role of Gender in Pre-Columbian Art and Architecture, as well as numerous book chapters and journal articles. A forthcoming article, “Heads, Skulls, and Sacred Scaffolds: New Studies on Ritual Body Processing and Display in Chichen Itza and Beyond” (Ancient Mesoamerica), is the product of a collaboration with physical anthropologist Vera Tiesler.

Miller’s memories of UT and of Austin are joyful and positive, and it is clear that the Institute of Latin American Studies and the Benson Collection were a hub for much of her engagement here.

“UT was really foundational to me—to my professional career, but also to me personally. I really enjoyed my time in Austin. It was wonderful having that fantastic library. There were so many events that had a Latin American focus. There were so many faculty, even in areas I didn’t do, like geography and history, that you had this wonderful climate.”

Recalling the Benson, she said, “I loved the library. It had every publication. It was amazing. I mean, I would be researching pre-Columbian art in say, Bolivia, and I would find a journal that had two issues published in La Paz in the twenties [laughs] and it would be in the library! I was completely spoiled. Even Dumbarton Oaks in Washington does not match it. I was in the library a lot. Partly to work, partly to hang out with my friends, and partly because back then you browsed the stacks a lot. . . . I would browse the stacks endlessly to find interesting material on a wide range of subjects. It was the amplitude of the library and the accessibility of the material . . . it was just a very good atmosphere there.”

The inevitable question arose: Did she cross paths with the revered (and sometimes feared) head librarian Nettie Lee Benson? “Oh yeah. She terrified me! [laughs] She was in charge! I also knew Laura Gutiérrez-Witt, and David Block was a close friend of mine in graduate school.” (The beloved Gutiérrez-Witt and the late Block are former head librarians at the Benson.)

The Latin American Studies master’s degree offered Miller the freedom she needed to explore a wide and diverse field. “I was fascinated that when I arrived, I went to see my adviser because I didn’t know what to take, and he told me I could take anything,” she said.

It is clear that Dr. Miller’s gift is her way of giving back to a place that helped shape her and enriched her life.

“I had a lot of fun there. I know that’s not academic, but I really enjoyed my time. Austin is a wonderful memory to me.”