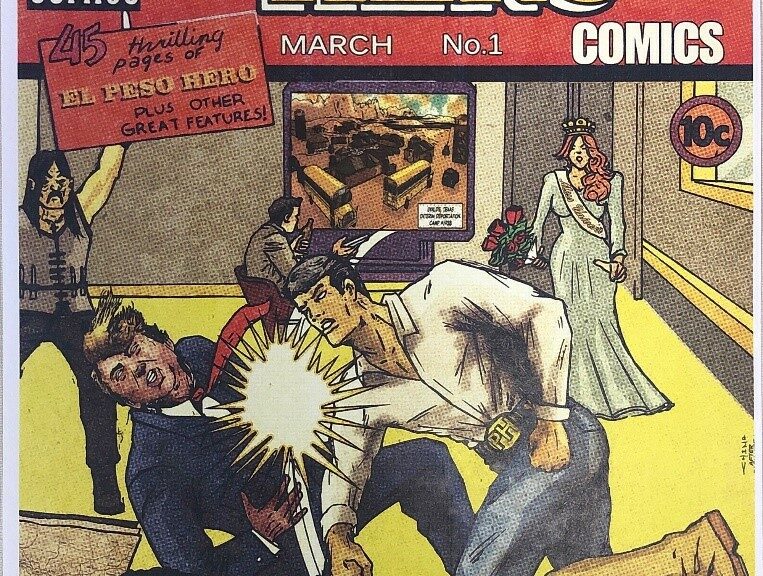 The series was launched in 2011, when Rodríguez saw the need for more Latino representation in graphic novels. The titular superhero, whose name is Ignacio Rivera, fights to uphold justice and morality in the border region. In some issues, Rivera can be seen helping migrants safely across the border. In others, he fights corruption and drug traffickers. Now celebrating a decade of issues, El Peso Hero will debut on the silver screen in the near future. While Rivera is the protagonist of the series, perhaps it’s his creator who is the real hero.

Héctor Rodríguez is a bilingual north Texas elementary school teacher by day and a comic book creator by night. His commitment to the genre goes beyond his own production: he’s also the creator of Texas Latino Comic Con. The mission of his independently owned Rio Bravo Comics is to give the people a “humble hero,” someone who is relatable to the audience, some of whom are his students. His inspiration comes from his family as well as his life as a Chicano in Texas. Rodríguez, who was born in Eagle Pass and grew up in College Station, uses El Peso Hero as a means to tell stories about the borderlands, from its hardships to its beauty.

For the author, that beauty is found in the multiculturalism that flourishes in the region, where El Santo comics are read while watching lucha libre, and English and Spanish are often spoken in the same sentence. It is for this reason that Rodríguez intentionally has El Peso Hero only speak in Spanish, while the series itself is bilingual. For Rodríguez, it is important that El Peso Hero transcends the U.S.–Mexico border linguistically and culturally to solidify his representation of transnational communities.

The donation features single issues, posters, stickers, storyboards, and a coloring book. One of the many highlights is a rare, signed first issue of the series. 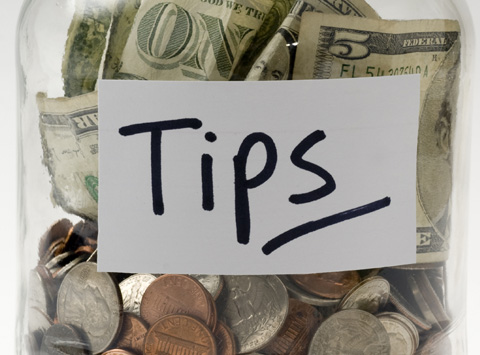 We all know the cliche, “a picture is worth a thousand words”, so in age of YouTube and Twitter, Library Instruction Services decided that collapsing our text-heavy web pages into succinct and visually stimulating comics and videos would help bridge new media, instruction-on-demand, and quick reference for our time-strapped undergraduates.

Since their release in September 2010, the Tip Jar posts have covered topics such as how to use Google Scholar, narrowing a topic and placing it in context , finding E-Books and more.

Creating this digital content means that it’s easily distributed and re-purposed depending on student and staff needs. For instance, Tip Jar instructional videos are integrated with a collection of videos created by students from our 2009 Library Video Contest to be used in the Undergraduate Studies First-year Interest Group program as a way to introduce the students to library services in a fun and flexible way. We’ve also included these videos within our online research guides for course-integrated instruction or during a reference exchange over our Ask A Librarian chat service.

The posts run every other Monday on our News For Undergraduates Blog, which also incorporates events, resources, and items of interest for the University of Texas undergrad community. Stop by and get a tip from us!