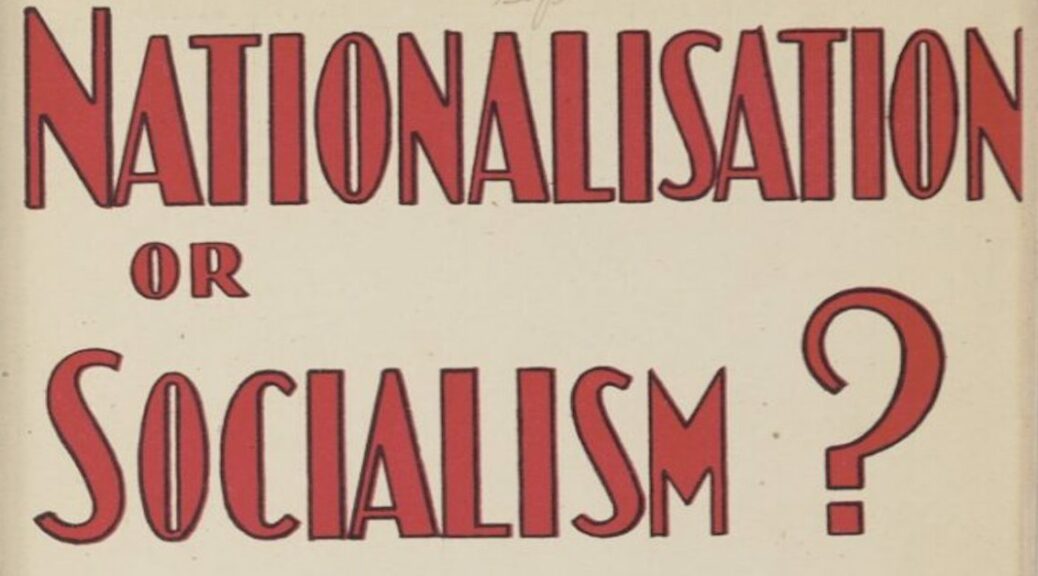 Socialism in the United Kingdom has been a notable, if not always especially prominent, feature of the country’s political landscape since the late nineteenth-century. It first appeared in the country in the aftermath of the English Civil War, when numerous groups advocating for political and social reform first emerged. These groups, which included the Levellers and the Diggers, advocated for radical changes to society, demanding the realization of goals such as popular sovereignty, equality before the law, and religious tolerance, and thus formed a proto-socialist current in English political thought. This exhibit curates a number of significant holdings of the UT Libraries surrounding socialism in the United Kingdom, with a particular focus on Great Britain. The materials are organized into sections containing pro-socialist and anti-socialist literature.

The exhibit aims to shed light on both the socialist and anti-socialist intellectual and activist currents present in the United Kingdom during the early twentieth century. These perspectives include explicitly communist and revolutionary ideas, more reform-minded and moderate support for socialism, and staunchly free market-minded opposition to any form of socialist programs or governance. While the majority of the materials featured focus on Great Britain, the exhibit also represents perspectives relating to the broader United Kingdom, highlighting both the centrality of London in publishing political literature during this period and the interaction of ideas across the broader U.K.

The pamphlets presented here have been selected for this exhibit not only because of their importance to the UT Libraries’ distinctive collections, but because of their relevance to the political and socio-cultural history of the United Kingdom, as well as Europe as a whole, which continues to influence contemporary politics in Great Britain and beyond. Many of the publications also feature graphics and designs that will appeal to those interested in the history of political pamphlets in the early twentieth century.

This collection will be of interest to anyone who would like to learn more about the history of socialism (and its opponents) in the United Kingdom, or who is interested in the development of socialist and anti-socialist ideologies within the broader context of twentieth century Europe. The print versions of the pamphlets are available at the Perry-Castañeda Library and their digitized versions are available through the UT Libraries’ Collections Portal.