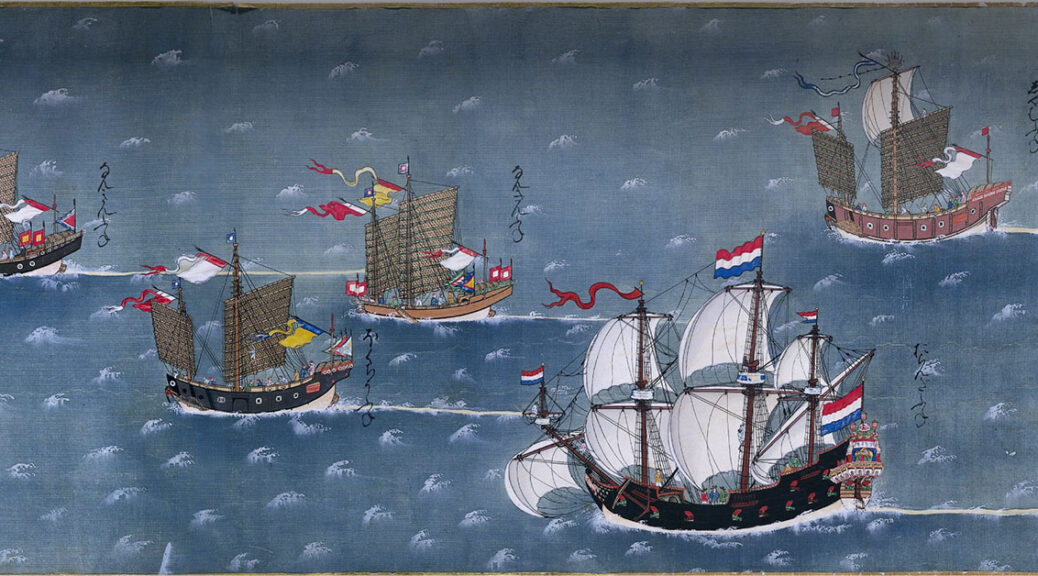 Maritime Asia: War and Trade is a multi-media Drupal site which introduces viewers to the complexities of 17th century war and trade in East and Southeast Asia. The open educational resource (OER) is a collaboration among UT History Professor Adam Clulow, Professor Xing Hang at Brandeis University, and the Roy Rosenzweig Center for History and New Media at George Mason University (RRCHNM). This open educational resource can be used effectively for outreach and teaching.

In the historical documents presented and examined on the site, six power contenders are involved: two armed maritime powers, the Zheng family of China & Taiwan and the Dutch East India Company (VOC), two major land agrarian powers, Qing China and Tokugawa Japan, and two continental trade powers, Siam (now Thailand) and Cambodia who took advantages in this global trade and diplomacy competition among major powers. It is interesting to note that the main actors involved were all extensively global.

The website for Maritime Asia: War and Trade has five main themes through which the viewer can explore this multifaceted history:

Maritime Taiwan: historical encounters with the East and the West / Shih-shan Henry Tsai. 2009.

Formosa under the Dutch: described from the contemporary records / by Rev. Wm. Campbell. 2019.

The quest for civilization: encounters with Dutch jurisprudence, political economy, and statistics at the dawn of modern Japan / Okubo Takeharu. 2014.

Jan Compagnie in Japan, 1600-1817; an essay on the cultural, artistic and scientific influence exercised by the Hollanders in Japan from the seventeenth to the nineteenth centuries / C.R. Boxer. 1936.