Daniel Arbino is the Librarian for US Latina and Latino Studies at the Benson Latin American Collection.

In late summer 2020, I brought up the possibility of the University of Texas Libraries (UTL) participating in Change the Subject. This movement, documented in the 2019 film by the same title, was begun by students and librarians at Dartmouth College, who lobbied the Library of Congress to change anti-immigrant language in subject headings.

I partnered with Sean O’Bryan, Assistant Director of Access, who shared my admiration for the movement and who also had the technical know-how to foster the change. Thinking about ways to work toward continued inclusion, diversity, equity and accessibility (IDEA) of the Libraries’ collections, we began to explore the possibility of joining the Change the Subject movement. Today, I am proud to say that the UT Libraries has made strides in tackling outdated and often derogatory Library of Congress subject headings. Below, Sean gives a brief summary of the origins of the project and the resistance encountered by the Library of Congress when they eventually tried to update their terminology. We also describe how UTL participated in this project, considering local opportunities within our library catalog.

Change the Subject started in 2014 when students and librarians at Dartmouth College initiated a collaboration with the Association (ALA) and the Library of Congress (LC) to formally change LC subject headings that contain the terms “illegal aliens” and replace them with terms that recognize the humanity of migrants and are less racially insensitive.

Despite the change in course for Library of Congress, libraries across the U.S. have joined in support of this project in various ways. Some have removed the authorized LC heading from their bibliographic records and replaced it with less biased local subject headings. Others have retained the authorized subject heading in their bibliographic records but have changed the rules in their discovery interfaces to replace the term displayed with a less biased one (similar to the option that UTL implemented; see below).

Access Systems staff reviewed participation by other institutions (most notably the State University of New York as well as the California State University system) and investigated various options for UTL to participate. Based on this review and given the Libraries’ infrastructure, the most effective option was to modify the display of subject terms in Primo, our discovery interface. Normalization rules in Primo were then created to display local, alternative terms such as “undocumented immigrants” as opposed to the existing Library of Congress subject terms (e.g., “illegal aliens,” “illegal immigrants,” etc.) in the brief display.

The UT Libraries retained the authorized LC subject headings (e.g., “illegal aliens,” “illegal immigrants”) in our local bibliographic records. This allowed the authorized LC terms to continue to be indexed and searched in our system. However, rather than display those authorized LC terms, the brief record results that users now see in Primo display locally determined alternative terms in their place. Again, this was done without altering the underlying bibliographic records.  While it is important to note that this alternate display only impacts our local records, we are pleased to say that nearly 2,000 local records have been positively impacted with this change. Sadly, we are unable to change the display for records that are managed by ExLibris in the Alma Central Discovery Index (please see the last example in the section below).

A current advanced search in Primo with the LC subject “illegal aliens”:

Subject heading(s) in the brief record display is now configured to show alternate local terms (compare the view below with the one above):

The normalization rules that allow for the alternative display above impact local records in Primo (accounting for nearly 2,000 local records that underwent change).  As noted above, we could not alter the display of non-local records, so they continue to display the authorized LC heading:

Prior to implementing the alternative subject headings, Sean and I worked with the Diversity Action Committee to make sure that our choices fostered values of diversity, inclusion, equity, and accessibility, as put forth by UTL’s IDEA platform. The Diversity Action Committee is a well-respected group within UTL precisely for their dedication to social justice and change. Presenting them with the alternative terms that we planned to implement was the final step to doing this the right way. Their expertise was much appreciated. To that end, this project was a group effort, with many people offering invaluable input, and I am grateful to everyone.

In the middle of February 2021, reports surfaced that the Biden administration directed the Department of Homeland Security to refrain from using dehumanizing language like “illegal aliens.” Our hope is that the Library of Congress will soon follow suit. However, even if that happens, I do not believe that this project was in vain. For the library to take a stand in defense of the humanity of all of its users is never a waste of time.

Learn more about related work to update subject headings in intersectionality of gender, sexuality and U.S. Latinx identity in a post at the blog of the Libraries’ Diversity Action Committee.

By ALBERT A. PALACIOS

In the spring of 2019, LLILAS Benson Latin American Studies and Collections partnered with the Urban Teachers Program at the Department of Curriculum and Instruction in the College of Education to develop and provide free, online access to high school lesson plans. The goal was to bring together the historical perspectives of underrepresented groups, current scholarship, and digitized holdings of the Benson Latin American Collection and Latin American partners. Thanks to a Department of Education Title VI grant, LLILAS Benson was able to create a portal via UT Libraries’ open-access repositories to make these resources widely available to teachers.

For the past two years, College of Education graduate students have been creating World History and World Geography units for use in high school classrooms. The underlying principle for these teaching materials is that students are able to understand, and then subvert, dominant historical narratives in Latin American, U.S. Latinx, and African Diaspora history given the marginalized perspectives the lesson plans highlight. Using the Benson’s digital collections, they have focused on a variety of topics, including women in colonial Latin America, the Mexican Revolution, and the Cold War in Central and South America (publication in process).

The collaboration and site has since broadened to include other disciplines, audiences, and learning objectives. LLILAS Benson Digital Scholarship staff has been partnering with faculty and graduate students in Latin American Studies, Art and Art History, Spanish and Portuguese, Mexican American Studies, and History to design Digital Humanities–focused lesson plans and assignments for undergraduate teaching. Work is also ongoing to publish technical capacity-building teaching and learning resources for graduate students, digital humanists, and archival professionals at UT Austin and beyond.

The site also helps instructors and students find and browse through LLILAS Benson’s digital resources. It consolidates under its Primary Sources section all existing LLILAS Benson digital scholarship projects, digitized collections, and exhibitions. Visitors can filter these resources by grade level, date range, course subject, and country to find relevant primary and secondary sources on their research and teaching focus.

Explore the site through http://curriculum.llilasbenson.utexas.edu/. The interdisciplinary collaborations and site’s development were generously funded by the U.S. Department of Education’s Title VI Program and LLILAS Benson’s Excellence Fund for Technology and Development in Latin America. This resource was conceived, designed, and launched by: 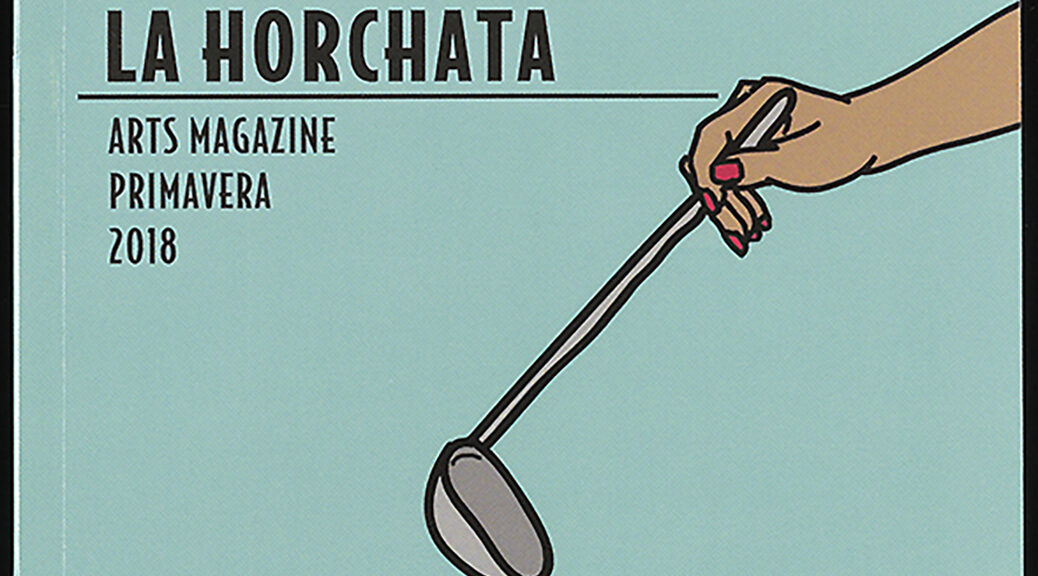 Zines, those do-it-yourself publications that have found renewed popularity in the last decade, provide a medium for different groups to cultivate their own forms of expression. And this expression can vary depending on the zine creator. Broadly speaking, recurring themes tend to interrogate identity (gender, sexuality, race), place (home, gentrification, nation), and time (childhood, adolescence, adulthood). For their part, audiences continue to flock to this form of cultural production because zines are affordable, rare, and allow unfettered access to the creator’s perspectives. Such access is significant as many zinesters come from historically marginalized groups that publishing companies have traditionally overlooked. Their perspectives tend to subvert or resist mainstream American ideas.

A new exhibit, “You Are What You (Do Not) Eat: Decolonial Resistance in U.S. Latinx Zines,” aims to underscore this resistance by examining Latinx zines that interrogate food and its impact in shaping cultural identity. Zinesters draw on memoirs and artwork to promote plant-based diets and condemn colonial impositions regarding food, “healthy” bodies, and medicine. As an offshoot of food, the exhibit also highlights zines that discuss traditional healing, speciesism, and body positivity.

Viewers will find a nice array of zines, with contributors from as nearby as San Antonio and as far as Washington D.C. Some examples will be more text heavy while others will use mixed media to articulate their points.

This collection will be of interest to anyone who is interested in zine culture, food studies, decolonial studies, and Latinx cultural production. My hope is that scholars will develop similar projects using zines. The print versions of these zines and others are available in the Rare Books and Manuscripts Room at the Nettie Lee Benson Latin American Collection.

Daniel Arbino is the Librarian for U.S. Latina/o Studies.