Author James Galloway — also a library specialist at the Mallet Chemistry Library — was recently consulted by the PBS investigative television program “History Detectives: Special Investigations” in the production of an episode on a series of unsolved murders that occurred in Austin in the mid-nineteenth century. Galloway’s 2010 book, The Servant Girl Murders: Austin, Texas 1885, provided background for the program, having been drawn from his research utilizing the wealth of historical materials inhabiting special collections across the Austin area, including those at The University of Texas at Austin.

Galloway was took some time to talk with us about how the book came to be.

James R. Galloway: I took a history class — Methods in Historical Research — when I was finishing grad school here at The University of Texas in 1996 that focused on local history resources and collections. I was trying to come up with a topic for a research paper and I remembered this local legend about a serial killer from the nineteenth century in Austin.  I did some digging around and as far as I could tell no one else had done research on the topic. I thought it would make a good research paper and started looking into it.

What compelled you to write the book?

JRG: After I finished grad school, I was still interested in the story, I had barely scratched the surface of the primary sources I could find and I had no idea what had ultimately happened with the murders and I wanted to continue to investigate them in my spare time.

Where did you discover information about the events, and how long did you work to research the book?

JRG: The story of the murders was told in the newspapers from the time period; they were the primary source for the “story” and I ended up reading through a few years worth of microfilmed newspapers to find the beginning, where and when they started, and where the finally ended.  But there were a lot of loose ends, END_OF_DOCUMENT_TOKEN_TO_BE_REPLACED 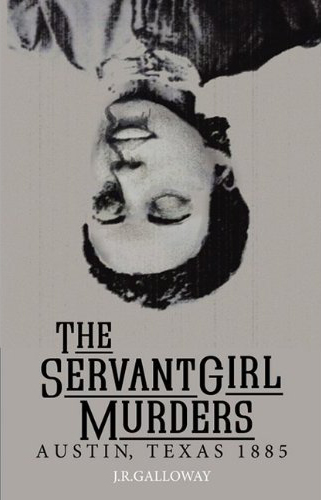