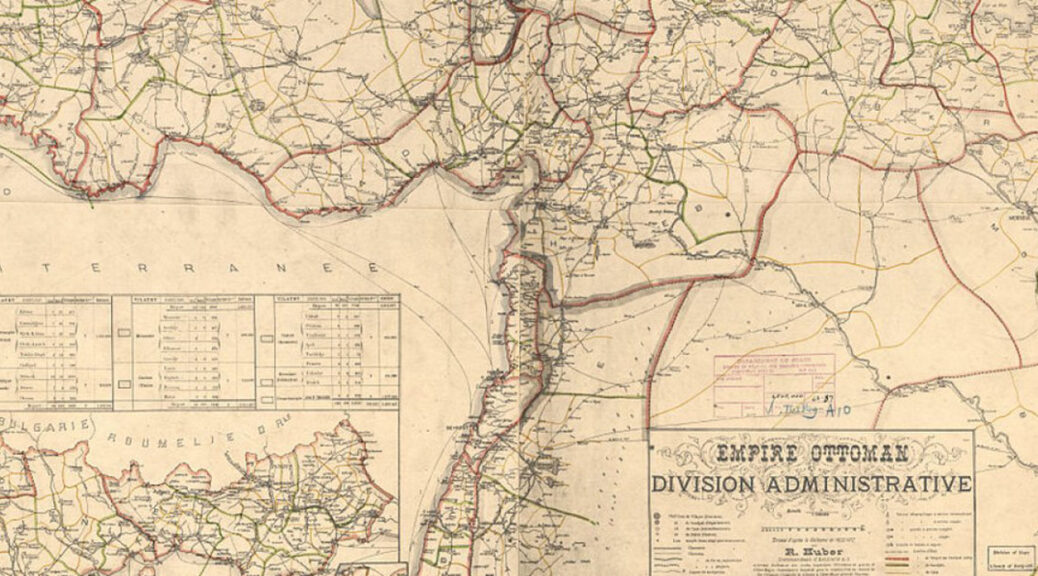 The Interactive Encyclopedia of the Palestine Question (IEPQ) is “the first interactive platform entirely devoted to the Palestine question.” Conceived by the Institute for Palestine Studies as part of a joint project with the Palestinian Museum, the IEPQ traces the history of modern Palestine, from the end of the Ottoman era to present days.

‘Palestine’ and ‘the question of Palestine’ are terms that bear multiple political, historical, geographical, and legal meanings and interpretations. Similar to other ‘national questions’ throughout modern history, the Palestine question pertains to the appropriate status and treatment of the Palestinians, and their right to self-determination. The public debate originated in 1917, with the Balfour declaration and the British Mandate, but the historical events that lead to that point in time, and are now part of the Israeli-Arab conflict (sometimes called ‘the Jewish-Arab conflict’) could be traced back to the second half of the 19th century.

The IEPQ consists of six sections: Chronology (timeline), thematic chronologies, highlights, biographies, places, and documents. The overall Chronology details “the main events that shaped Palestinian history in the realms of war, diplomacy, culture, and economy.” Events are categorized under various terms, such as ‘violence,’ ‘institutional,’ ‘contextual,’ ‘diplomatic,’ ‘legal,’ ‘cultural,’ and so forth. Some of those events are also mapped in the Thematic Chronologies section; for example, “history of the PLO,” or “Colonialism and Palestinian resistance.” Visualizing the events in a chronological order allows for better understanding of the conflict’s development throughout the years. The Highlights section includes detailed articles (with selected bibliographies) about specific topics, events, and organizations; for example, political movements, refugees, demography, and the Nakba. Currently the IEPQ includes 107 biographies of Palestinian “intellectuals, artists, activists, combatants and politicians.” Some include references to selected works of and about the individual. The Documents section includes historical texts, photographs, maps, and charts that support information presented in other sections and mapped back to the Chronology section.

I find the Places section to be the most compelling one, as it presents “the painful legacy of the past,” mapping 418 Palestinian villages occupied, destroyed, depopulated, or deserted during the Nakba. The main screen of this section shows a 1940s survey map from the British Mandate. Detailed information about each village could be brought up either by clicking on the map itself, or on the village name on the right bar. Clicking on the left corner of the main map would bring up additional layers and overlays of modern maps, as well as satellite imagery. For example, the page of al-Jammasin al-Gharbi (image 1) shows where the village was located until 1948, with information about its size, population, land ownership and use, and a narrative about its ‘before and after’ 1948 status. Some pages include information about the specific military operation in which the village was occupied, mapping it back to the Chronology section. The information in this section is taken from the massive volume titled All that remains, edited by Walid Khalidi, and published in print by the Institute for Palestine Studies in 1992.

The IEPQ interface is available in both English and Arabic. The current platform was designed by Visualizing Palestine, a portfolio of the independent, non-profit Visualizing Impact innovation lab, that combines data science, technology, and design in similar awareness projects. IEPQ is using British Mandate era survey maps that were digitized and released to the public domain by the National Library of Israel. The digital maps, as well as the additional layers, overlays, satellite imagery, and the geographical metadata, are derived from the Palestine Open Maps platform, also a project of Visualizing Palestine.

The IEPQ brings to mind similar projects that compliment it. For example, the United Nations holds a large online repository of documents on the question of Palestine. The Israeli Zochrot NGO, dedicated to the memory of the Nakba, created a Nakba Map, where one could see the overbuilt area of villages on a current map of Israel.