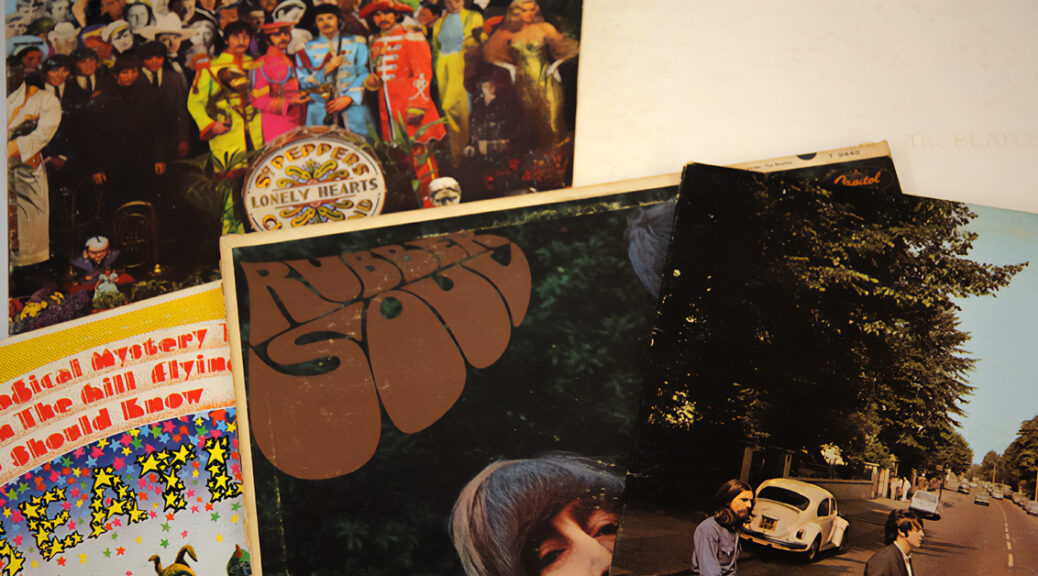 Whit’s immersion in local music history and performance qualifies him as an authority as he explores and discovers some of the overlooked gems in this massive trove, and so in this occasional series, he’ll be presenting some of his noteworthy finds.

Hardly a proponent of the 1960’s peace and love movement, underground guitarist Davie Allan melded surf music with psychedelic fuzz to create and inhabit a menacing motorcycle rock milieu. Think grungy, not groovy. Hell’s Angels instead of hippies. Gaining notoriety from his Blues Theme (featured in Peter Fonda’s The Wild Angels)Allan and The Arrows dove deeper into the mayhem on this collection, and stretched the noisy boundaries of what a recording studio at that time could produce. A huge influence on guitarists as disparate as Eddie Van Halen and Sonic Youth’s Thurston Moore.

Practically unknown outside of his home country, Aussie Bernard Fanning enjoys rock star status Down Under from his years fronting the band Powderfinger. This, his first solo record, is a fourteen track tour de force of Americana songcraft. Country rock more in the vein of the Stones vibing in Muscle Shoals, or CSN & Y, except more melodically pop than rock and roll. There are a few almost-raucous moments (Which Way Home?, Sleeping Rough) but by and large, it’s Fanning’s wistful lyrics, moody vocals, and acoustic instrumentation that set the table here to provide this folkie-inspired feast.

The Mysteries Of Life / Distant Relative

Robyn Ludwick / Too Much Desire

Little sister to celebrated troubadour brothers Charlie and Bruce Robinson, Robyn Ludwick is a Texas-sized talent of a singer-songwriter in her own right. As the album title might suggest, Too Much Desire ultimately breaks the listener’s heart with its small town longing and despair. Sparse and gorgeous poetic lyrics have life breathed into them by Ludwick’s sultry alto voice, as Austin roots guitar hero Mike Hardwick provides six-string grit and warm high-end production. Cinematic in sound scope, close-up in the personal narrative, these hard-luck story songs satisfy with a soulful simplicity.

This legendary bass vocalist was not only a giant in the gospel music world, but throughout his storied career he worked with and influenced many a pop and rock star alike. Alabama-born, Midwestern-bred, Freeman achieved fame with The Fairfield Four and other singing groups. His lone solo record, Beautiful Stars, is American Music 101 and should be required listening for all tax-paying citizens. Backing band the Bluebloods bring their downhome grooves, and the album as a whole is part revival, part nostalgic introspection. For believer and skeptic alike, this collection is a cause for celebration.

Harold Whit Williams is a Content Management Specialist in Music & Multimedia Resources. A celebrated poet, he is the longtime guitarist for the indie rock band Cotton Mather, and his solo projects include the lo-fi bedroom pop Daily Worker, as well as the retro funk GERVIN.