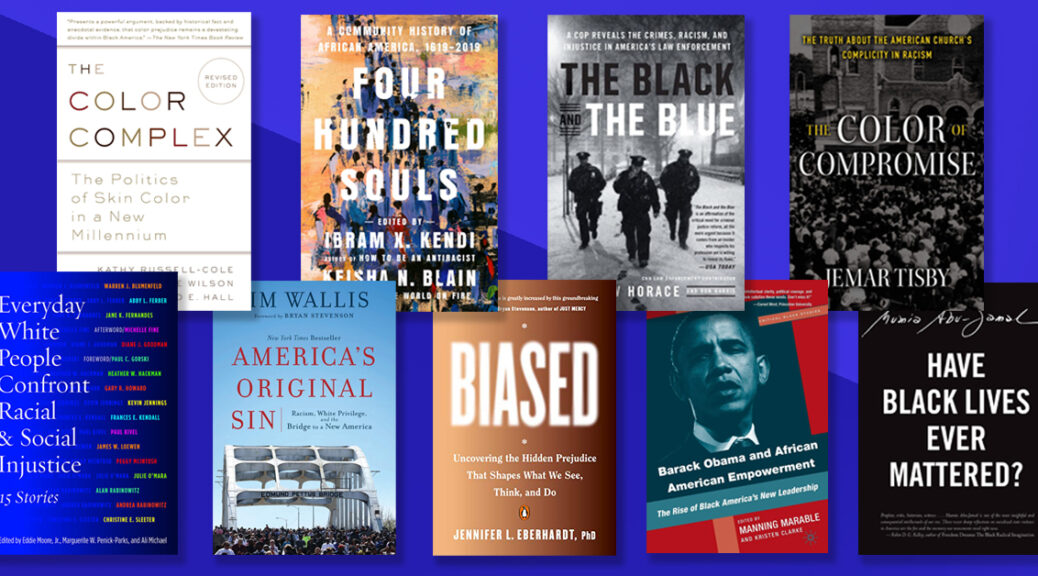 At their core, library collections have an intention to reflect the values of society and to represent the resources that the community most needs to advance those values. Historically, though, the lack of diversity in the realm of scholarship and publishing disregarded the promotion of certain voices, and so collections have been somewhat carelessly conceived and built without adequate attention to, or equity for, all points of view.

Part of the strategic focus for the Libraries is the concept of IDEA – Inclusion, Equity, Diversity and Accessibility – and making a conscious effort to permeate organizational work within its framework. Libraries are by nature democratic institutions, but as we’ve come to recognize over the recent years – and more poignantly in the last twelve months – there is much work to be done to improve the fairness and justice of our systems, and how we operate them. Taking a hard look at how and why we gather the resources we do is low-hanging fruit for redressing past practices, and for beginning to recognize and atone for those shortcomings.

A recent effort by the Libraries’ Scholarly Resources Division to consider ways to apply IDEA concepts to their work resulted in a significant project to begin diversifying the Libraries’ collections practices. The effort was holistic in approach, but work on specific subject areas bears special notice for the initial success of outcomes. One of those areas which is of currency to recent history is the collections related to the Black Lives Matter movement.

Social Sciences Librarian Bill Kopplin took up the project in part because of its current social relevance, but also because of its interest to campus communities.

“At its heart the BLM movement is an extended anti-government protest, so it seems like it was already by definition an integral part of my subject purview,” explains Kopplin, “but it was also obvious that there was a great deal of interest in this subject on campus.”

“There was both individual research interest, and classroom use going on,” says Kopplin. “And I have checked the circulation records for some of our older print books on the civil rights movement and those check out numbers are very high.  Of course, the BLM movement fits into the much larger social, political, and historical context of the civil rights movement, which is an extremely interdisciplinary subject area, so as a social sciences liaison librarian, it was all good.”

Kopplin suspected that the BLM collections needed attention, but to begin the process of building out the BLM collections for the Libraries, he needed to get an idea of what was “on the shelves.” “I actually have a fair amount of experience comparing collections dating back to my days as the computer science bibliographer,” he says, “and since I knew that the Black Lives Matter movement was a relatively recent phenomena, I realized the number of entries in various library catalogs under a BLM subject heading would be both very specific and relatively low in absolute number.

“Comparing them would be doable and hopefully informative as to the relative amount of recent collection activity that was going in at various campuses by our peer institutions,” he continues. “So last summer I looked at the BLM catalog entries, and while it was a bit hard to make definitive statements, it was clear to me that we didn’t have as many titles as some of our other fellow libraries.”

That proved to be a generous characterization. UT and state peer Texas A&M were on the low end of subject area collections for BLM materials nationwide among research libraries. The topic was relatively emergent, with terminology still significantly in a developmental period, and a lot of work needed to be done on targeting resources that were useful to the field of study and traversed the various facets of the subject. The Libraries had a pretty meager 11 titles that could be considered in the area; to contrast, Kopplin discovered that Penn State had 44.

But the comparative infancy of the subject area had the converse effect of somewhat simplifying the solution to the deficit in the collections. “If I was considering collections in a large subject area like chemistry I would obviously have to target a small subset of that to do any interesting collecting, but the BLM movement is so far a pretty small subject area when looked at as part of the overall book publishing industry, so I didn’t really do much targeting,” explains Kopplin. “Basically, if a title showed up on a published list of ‘best BLM books’ and it was available to us as an orderable ebook in GOBI (the Libraries’ main book vendor), I would try to order it. And there were scores of these ‘best books’ lists to go on.”

“So, if someone somewhere recommended a BLM title on a published list, I treated that like a favorable book review and I would try to order it.”

Since the inception of Kopplin’s work on the project, the Libraries has acquired more than 100 titles, and that collection continues to grow to support increased interest in Black Lives Matter and related subjects around social justice, systemic racism and police brutality. Scholarly Resources Division staff are reviewing approval plans – arrangements with a large vendors to automatically get needed resources from major publishers – to improve processes and ensure that historical homogeneity in publishing doesn’t impede the Libraries efforts at diversifying the collections.

“My upcoming summer project is to go back and re-examine our holdings in comparison to our peers to see if we have made any progress,” says Kopplin “But I’m not too worried, the project itself has been the reward and it is really pleasing to know that our collection is now stronger in this specific area.”

The work Kopplin is doing is just a small part of the much larger effort at collections diversification, though. As head of collection development, Carolyn Cunningham is involved in oversight of the various efforts, and views it as a new part of normal practice for the Libraries going forward.

“Of course, there are many other librarians working to make our collections relevant to our students and researchers,” says Cunningham. “All of the subject librarians use their expertise to monitor the publications coming out in their areas and make sure we get important resources.”

“The team is committed to using an IDEA lens in all of our work, beyond special projects or short-term initiatives,” she continues. “This means that we approach every request for a book, every new product offer, and every decision about how to use collection funds with the frame of mind that we will strive to include diverse voices in our collection and orient ourselves toward finding and making available resources that include the many experiences and perspectives of our campus community and beyond.”

For his part, though, Kopplin has taken away a greater appreciation for the subject. “I can’t tell you how rewarding this project has been to me personally.”

Kopplin relates a significant discovery from his research to explain.

“I’m a car guy, love everything about cars. How do cars related to BLM, you ask? Interstate 375 –the Walter P. Chrysler Freeway in downtown Detroit –is a little-known example of the little-known phenomena of infrastructure racism.  It is a 1-mile long highway that held the distinction of being the shortest interstate in the national system. It was not needed as a transportation solution.  It was built to level a historically African-American communitycalled Black Bottom that was sort of Detroit’s answer to Harlem.”

“I have learned so much,” says Kopplin.