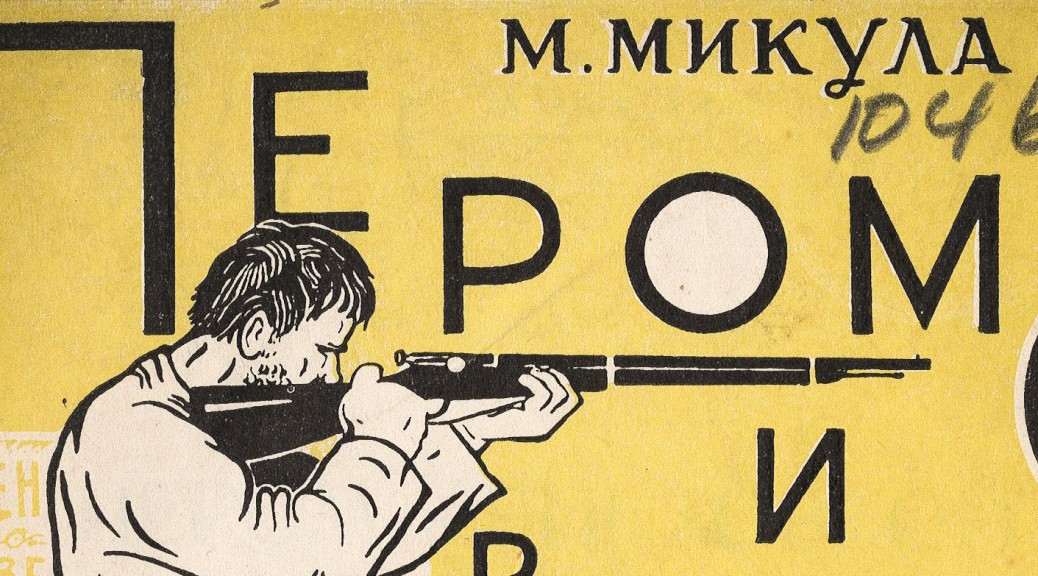 Political pamphlets played an important role in Soviet propaganda and education efforts, as they provided an easy-to-print and low-cost method for disseminating information to Soviet citizens. These short publications ranged across many different subjects including educational pamphlets promoting literacy among peasants, biographical sketches of popular figures such as Lenin, and pamphlets such as these, which cover a variety of topics related to the Soviet revolutions and military. The subjects of the pamphlets range from literacy manuals for soldiers, to the experiences of a war correspondent, to a booklet addressing the question of whether the Tsar and his family were still alive (note: the Soviet government kept the fact that the Tsar’s family had been murdered a secret from the general populace until 1926, and even after admitting the murders continued to deny that Lenin’s government was responsible).

This exhibit aims to highlight this broad spectrum of pamphlets tied together by their military themes, illuminating the commonalities between them and how the Soviet government utilized print–often with striking graphics interspersed with the text–to further its agendas, whether they be educational and for the good of its citizens (as in the case of the pamphlets promoting literacy among soldiers) or aimed at bolstering military might, as in the case of the pamphlet encouraging youth to enroll in military schools. While the documents date from 1917 through to the early 1930s, the way in which they highlight the use of media to promote a state’s agenda is relevant to current events involving propaganda being used by states to promote their aims, both within their own countries and on a global stage.

The pamphlets presented here have been selected for this exhibit not only because of their thematic unity and relevance to contemporary issues of propaganda and statecraft, but because of their ability to paint a broad portrait of the early Soviet Union and how citizens were communicated with through print. Many of the pamphlets also feature very attractive graphics that will be of interest to researchers and the public regardless of their familiarity with Soviet history.

This collection will be of interest to anyone who would like to learn more about Soviet or Russian history and propaganda, and to anyone interested in the ways in which states have utilized propaganda–and continue to do so–to further their policies.