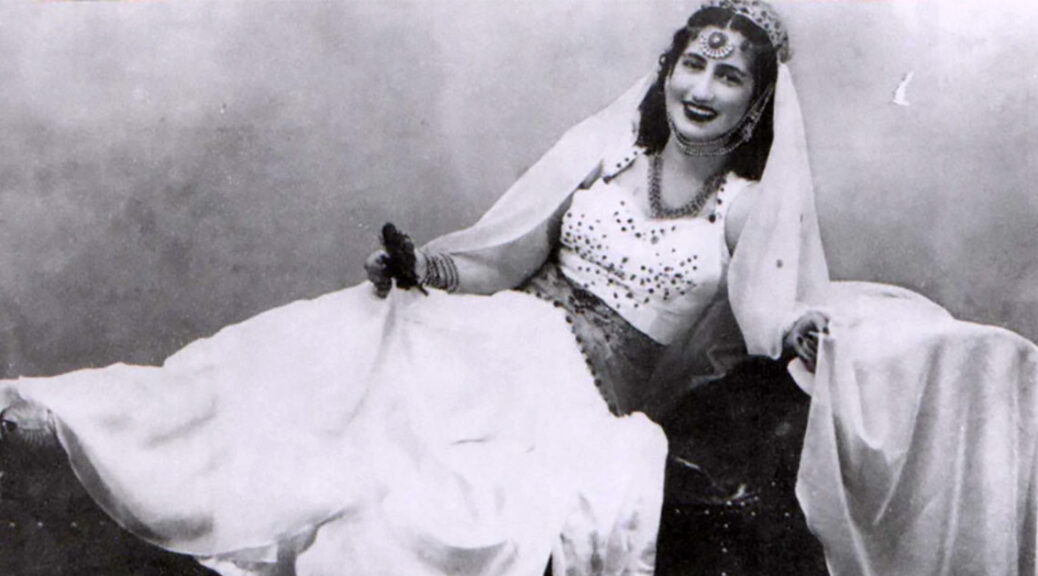 Katie L. Coldiron is the Global Studies Digital Projects GRA at Perry-Castañeda Library and a current graduate student at the School of Information. She also has an M.A. in Latin American Studies.

Arab migration to the Americas is a unique phenomenon, particularly in the context of northern South America. While Arabs came to the Americas fleeing such events as the collapse of the Ottoman Empire and the Armenian Genocide, they mainly went to the countries of the Southern Cone and Brazil, which are known for welcoming more immigrants than their other Latin American counterparts. Colombia and Venezuela, which are referred to as sister countries, tend to be portrayed outside their borders in a negative light, rather than for that which makes up their rich and diverse cultures. This post is an effort to highlight a group of migrants that came to Colombia and Venezuela and remain there today, both assimilating into their respective countries while also keeping their traditions alive. Furthermore, the existence of these digital primary resources provides a necessary means of continuing academic research in the midst of a global pandemic. The ability to have first-hand accounts readily available of a particular diaspora is a privilege of the digital age, and a mechanism of democratization for the cultural record.

Through my research into the Arab-Colombian diaspora and conversations with prominent scholars on the subject, I was put in touch with Odette Yidi David of Barranquilla. The city of Barranquilla became a hub for Arab migration to Colombia in the early 20th century due to its proximity to the Port Colombia. Yidi David is a fourth generation Palestinian barranquillera and a scholar on the subject of Arabs in Latin America and the Caribbean. Currently she divides her time teaching at Barranquilla’s Universidad del Norte and serving as executive director of the Colombian Institute of Arab Culture.

Yidi David founded the Colombian Institute of Arab Culture with the intention of constructing bridges between Colombia and the Arab world, as well as generating and sharing responsible knowledge about the Arab world in Colombia.  The organization has offered Arabic language classes and talks on a variety of subjects pertaining to the Arab world, and even hosted an Arab culture festival in Barranquilla.  With the advent of social distancing, I have noticed an uptick in content they are sharing about digital events, as well as resources and other activities to pass the time of quarantine. Many Zoom panels have also been shared through their social media outlets, including ones that feature Yidi David herself. The Institute also regularly hosts talks on Arab dance and even virtual dance classes. These posts not only provide means of diversion in a time in which not many exist, but also create larger awareness of the existence of the Arab diaspora in Colombia. While prominent families, beauty queens, and even the singer Shakira have brought notoriety to the diaspora, the Institute goes beyond a few notable faces to show that Arab culture is alive in the Colombian Caribbean. Their social media includes Instagram and Facebook.

My research also led me to the blog “Los libaneses en Venezuela,” or “The Lebanese in Venezuela.” This blog is the product of Venezuelan-Lebanese journalist Tony Frangie Mawad, who regularly contributes to outlets like Caracas Chronicles. To create this blog, Frangie Mawad did recorded interviews with multiple Lebanese immigrants to Venezuela who arrived from the 1940s to 1960s, and chronicled their stories individually. Due to his familial ties to the Lebanese diaspora of Caracas, finding the individuals to interview was, in the words of Frangie Mawad, “only a question of picking up the phone and telling them or their kids about the project.” A photographer friend also helped Frangie Mawad with photographing the featured individuals. The accounts are very personal and are contextualized within the atmospheres of Lebanon and Venezuela at the time. The blog can be found here.

For more information on UT’s and other Open Access materials on the Arab Diaspora in Latin America, check out this research guide: https://guides.lib.utexas.edu/ArabsinLatAm