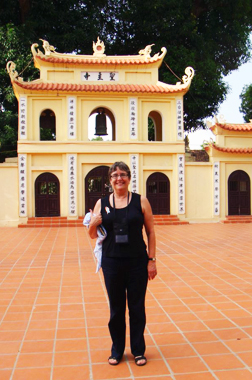 All these two-stroke engines means the air is quite polluted so nearly everyone on a motor bike is wearing a face mask. I never saw anyone out of the probably 1m motorbikes not wearing a helmet so this must be an enforced law.  Hanoi is a city on the go, everyone is moving all the time and building are being build and remodeled all over town at an enormous pace. Everyone has a cell phone and everyone is calling all the time even during meetings with what we were told were “high officials.” END_OF_DOCUMENT_TOKEN_TO_BE_REPLACED