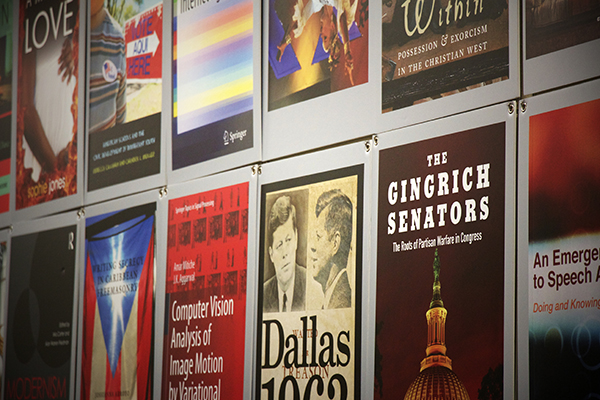 White’s book Scripting Jesus: The Gospels in Rewrite (Harper Collins) is a theoretical work on the contextualization of the Bible to its era and authors, and serves as a worthy companion to his earlier From Jesus to Christianity: How Four Generations of Visionaries & Storytellers Created the New Testament and Christian Faith (Harper Collins) which garnered the award in 2006.

The Hamilton prize is sponsored by the University Co-op.

Normally, the subject of books alone is enough for us to spill a few words on the virtual page, but in the case of this year’s presentation, we also had a connection to the proceedings in the form of assistant engineering librarian Larayne Dallas, who happened to serve on the selection committee.