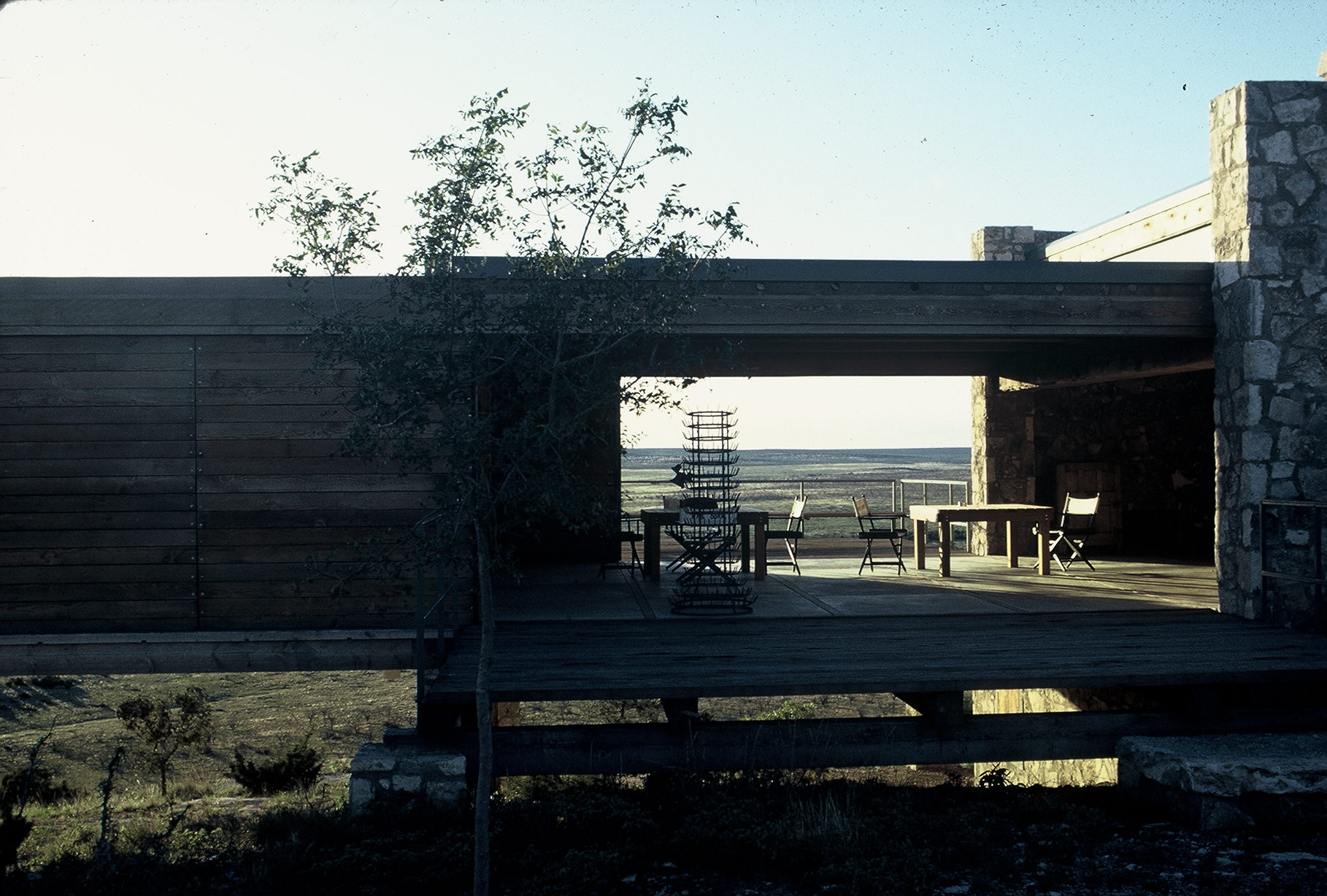 “Now, when a young architect tells me about a project he’s proud of, I say, ‘Get photographs!’” — Frank Welch, On Becoming an Architect

Texas architect Frank Welch developed this outlook after one of his seminal creations – The Birthday in Sterling County, Texas – was plastered over in a renovation by a new owner, against the entreaties of Welch himself.

The Birthday was especially personal to Frank Welch as it was the first project for which he’d been given virtual carte blanche to design a building. So when he learned in 1997 – on the eve of receiving a major award for his work – that the current owner of the iconic building was planning to encircle Welch’s creation with a renovation of the original structure, he felt a profound sense of loss.

“I think the appropriate longhair word for what happened to the Birthday would be transmogrified. That was when I began to realize that nothing does endure,” recounts Welch in On Becoming an Architect.

This recognition of the temporal nature of things probably influenced the decision to place his papers at the Alexander Architectural Archives, where they are safely preserved for use by students, scholars and researchers for the foreseeable future.

Frank D. Welch was born in Sherman, Texas in 1927. An early affinity for drawing led him to art classes, where he honed his artistic abilities and developed a love for photography and architecture. By the time he graduated high school, he’d begun to think about becoming an architect.

In 1944, Welch enrolled at Texas A&M as a liberal arts major, but joined the Merchant Marine in order to avoid the draft, but after a 6 month stint and subsequent resignation, he was called up for Selective Service anyway. He served 18 months, then returned to College Station and enrolled in the architecture program.

Though recognized primarily for other strengths, A&M was a little-known bastion for modernist architecture. Welch posited that it was the prevailing aesthetic that made the area a natural fit for the school: “Architecture, coupled with technology, could improve people’s lives. Modernist design might have been urbane and sophisticated, but it appealed to the practical bent of an agricultural and engineering school.”

Welch earned his bachelors in 1951 and after accepting a one-year Fulbright Scholarship to France, returned to Texas to work at the firms of noted architects O’Neil Ford and Richard Colley, both of whose papers are also included in the Alexander Archives; Welch’s time with the two had a significant influence on his style, but it was Ford who brought him to the firm, and who made the greater impression on him. “Most important to me,” says Welch, “I would, from the exposure to Ford, become an architect with a template: a model that guided me. From him I learned how to put building parts together in a direct, logical manner. Throughout my career, I would repeatedly think to myself, ‘How would Neil do it?’”

In 1959, Welch opened his own firm – Frank Welch & Associates – in Odessa in the basement of his brother-in-law’s clothing store, and a year later moved the practice to Midland, where it operated until the mid-1980s. Welch moved the firm to Dallas in 1985, and continued designing buildings until his death in 2017. The firm primarily designed residences but was also active in commercial and public projects, with notable projects like the Midland Episcopal School (1963), the Forrest Oil Building (1974), the Blakemore Planetarium (1972), the Purnell House in Dallas (1981), and the Nasher-Haemisegger House in Dallas (1997).

But it was the hunting cabin at Sterling City that Welch designed for John and BLee Dorn that was his masterwork. The Birthday was taught in classes and the building quickly came to be seen as an icon of regional architecture. When TSA decided to present Welch with the organization’s distinguished 25-Year Award in 1997, they did so for the first time in tandem with another remarkable feat of Texas architecture, the Kimbell Museum – the only time that it has been given to two built works.

Above his work in the field, Welch’s interest and background in writing and literature led him to pen multiple volumes and contribute to several others, including On Becoming an Architect: A Memoir (2014), Thirty Houses, 1960-2012: Selected Residential Works of Architect Frank Welch (2015), and his essential work on another iconic American architect, Philip Johnson & Texas (2000). He also served as adjunct faculty at various institutions  –  Rice University, University of Houston, University of Texas at Arlington and University of North Texas –  and received accolades throughout his career, including the John Flowers Award in recognition of his writing and the Medal for Lifetime Achievement from the Texas Society of Architects, and Welch was the first recipient of the O’Neil Ford Medal for Design Achievement.

The Frank Welch Architectural Collection at the Alexander Architectural Archive presents the history of Welch’s firm spanning a period of over 50 years of practice (1959-2012). The university received the initial donation of materials for the archive in November 2011, consisting of research and reference materials (manuscript and photographic) and oral interviews pertaining to Welch’s book Philip Johnson & Texas (2000). Another, considerably larger donation was received in May 2012.

Currently processed materials indicate that the collection includes 150 linear feet of manuscript and photographic materials, 649 rolls or drawings (approximately 29,000 sheets) and approximately 10,000 slides of architectural projects. Most of the manuscript materials (ca. 1960-2010) are project files – or client files – and specifications. Professional papers include original research and writings, correspondence, clippings, association and committee papers, jurying and teaching materials and award entries. Office records are represented by business correspondence, phone message and work order books, and reference files. These include information on other architects and firms as well as architectural, landscape, and decorative resources. Personal papers are limited almost exclusively to correspondence.

*Along with his mentor, O’Neil Ford