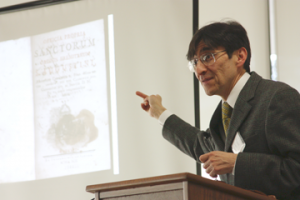 This year is potentially a big one for the Nettie Lee Benson Latin American Collecction thanks to the confluence of major anniversaries celebrating two important historical events in Mexico’s history.

2010 marks the bicentennial of Mexican Independence and the centennial of the Mexican Revolution, and we’ve been working with Dr. Miguel Soto (National Autonomous University of Mexico) to build an exhibit – Frente a Frente: The Mexican People in Independence and Revolution, 1810–1910, which will add to the other myriad celebrations going on around campus. END_OF_DOCUMENT_TOKEN_TO_BE_REPLACED