Before his death in 2006, club owner and Austin music scene icon Clifford Antone brought his vast knowledge of music — more specifically the blues and rock and roll — to the Forty Acres for a lecture series hosted by the Department of Sociology called “The History of the Blues According to Clifford Antone.”

Antone was the founder of his namesake club Antone’s, a legendary blues club that launched the careers of Texas music artists like Stevie Ray Vaughan, the Fabulous Thunderbirds and Charlie Sexton, and helped Austin to become “The Live Music Capital of the World.”

This is a series of lectures was recorded and resides both in the collection of the Fine Arts Library and online at the university’s digital repository, Texas ScholarWorks. 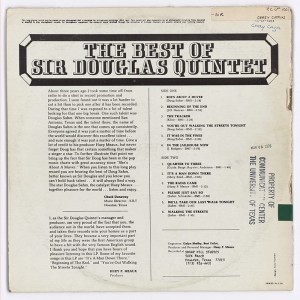