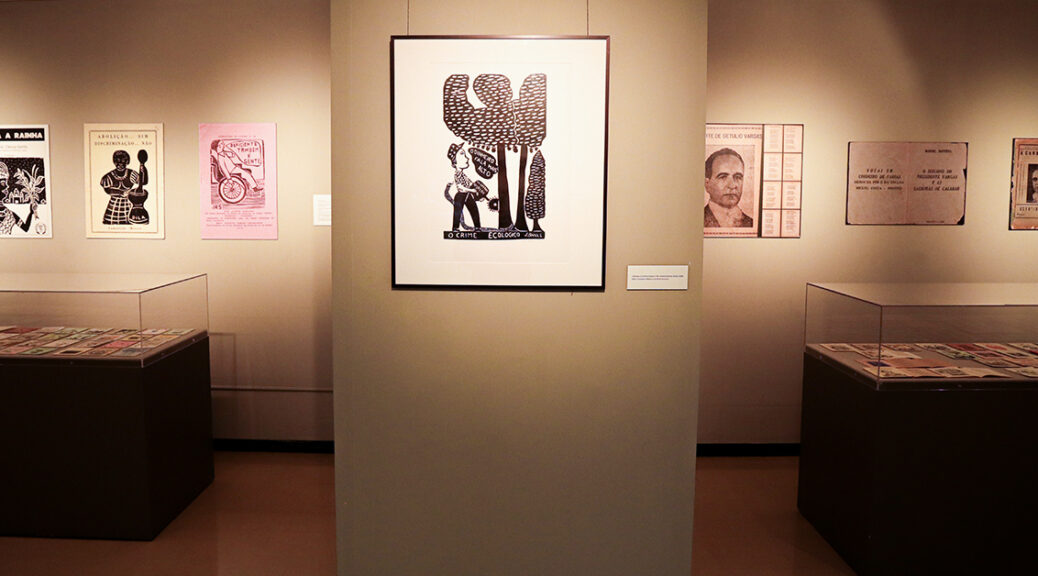 Widely recognized as literature of the people, the cordel (plural: cordéis) is a Luso-Brazilian literary form. The rhythmic, lyric poems are generally packaged as inexpensive chapbooks aimed at common folk. Cordel literature is practically synonymous with Brazil’s agricultural Northeast, a historically poor and drought-prone region.

While the cordel is a form that is almost synonymous with the verses written inside, it is strongly associated with the woodcut prints that adorn many covers. Often produced by self-taught artists, the cover art and other prints by these printmakers are much sought after by collectors.

You can currently see many examples of this form in Influencers: Cordel, Politics, and Activism in Brazil, an exhibition at the Benson Latin American Collection. Scheduled to correspond with Brazil’s bicentennial year and federal elections, this exhibition thinks especially about the role of politics in cordel literature, and of cordelistas as political actors and influencers.

Influencers draws from the Benson’s collection of around 10,000 chapbooks and was curated by Head of Special Collections Ryan Lynch. It is open for viewing through June 30, 2023. Check public hours for the Benson at https://www.lib.utexas.edu/about/locations/benson.