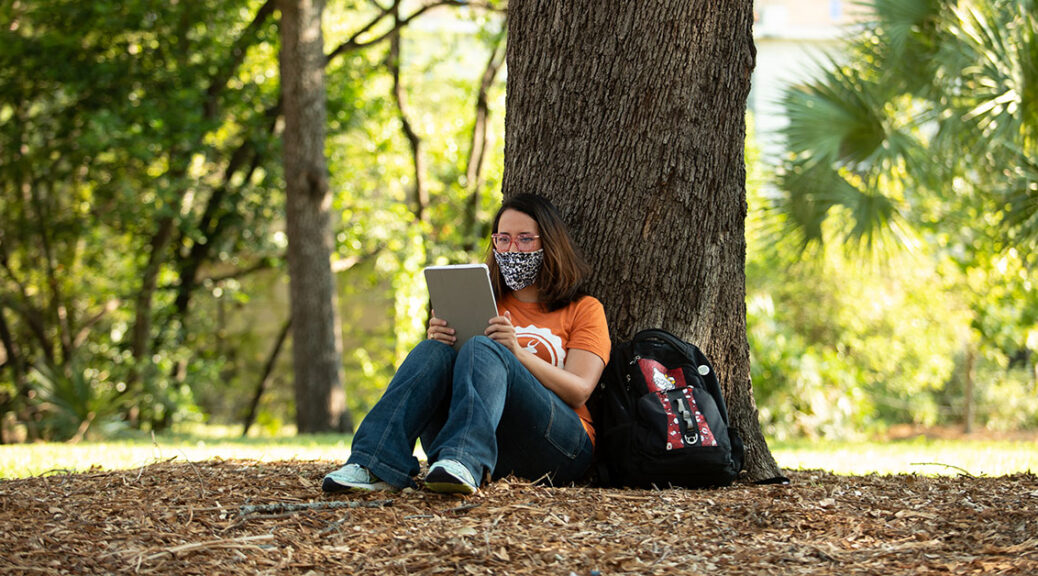 Here we are, a year later.

It’s hard to conceive that we’ve just passed the anniversary marking the closure of our libraries in response to a health crisis unprecedented in our lifetimes.

Last year’s halt to classes and the closure of campus came suddenly despite indications that a global crisis was emerging. Students and staff were preparing for leisure time away with family and friends, but we were all acutely aware of looming clouds on the horizon. When word came of the university’s plans to move classes online and shutter the Forty Acres, the Libraries were already considering strategies for maintaining the services and resources that campus needed to operate in the changed environment. When we needed to act, we quickly proved to ourselves that we had an agility that doesn’t normally align with archetypes of traditional libraries. And staff were resilient despite the challenges, stepping up with new ideas and bootstrapping where necessary to keep the Libraries running despite the cloud of uncertainty that surrounded us.

There have been plenty of opportunities since those early days to recognize with great pride the work that has been undertaken by this group of people to hold ourselves accountable to our mission and to persevere despite so many obstacles. But we must not ignore the loss of the past year. We have all experienced costs both individually and collectively, some of which is irrecoverable and will require time and introspection. There has been an overwhelming human toll which has touched most of us in some way or another. There has been a cost to assuming our personal roles in following the recommendations of health authorities in order to help protect our neighbors and communities, and to get the crisis under control. We have forgone opportunities to see family and friends, and we’ve had to sacrifice experiences that we’d hoped would enrich our lives.

Now it appears that we are moving toward a recovery phase in this struggle, too. But the outlines of certainty are still blurred. We must continue to be vigilant in our work and to remain open to change in order to continue to adapt to whatever the future holds. We must continue to adhere to guidance from health officials and scientists. We all long for a return to the relative comfort of normalcy, but with all that has occurred in the past year – the health crisis, social and political upheaval, impassioned debates on cultural issues, historic weather events – the assumptions we had about ourselves and our community a year ago will likely not return in the same form.

And once we have reestablished relative order in our lives, it won’t be with the same view of the world we parted with a year ago. We know more intimately about hazards that seemed at a distance before, so there will be ongoing work to prepare contingencies for whatever may arise, and to further strengthen the work we have done in navigating the challenges of the current environment.

As activity around campus is beginning to heighten, and the beautiful season is upon us in Central Texas, I want to acknowledge my gratitude for all of the effort and perseverance of our community, and the ongoing encouragement of our supporters throughout the last year. So much of our success is attributable to shared values and empathy. I greatly appreciate the part each person played in transcending these precarious times and look forward with you to better times ahead.