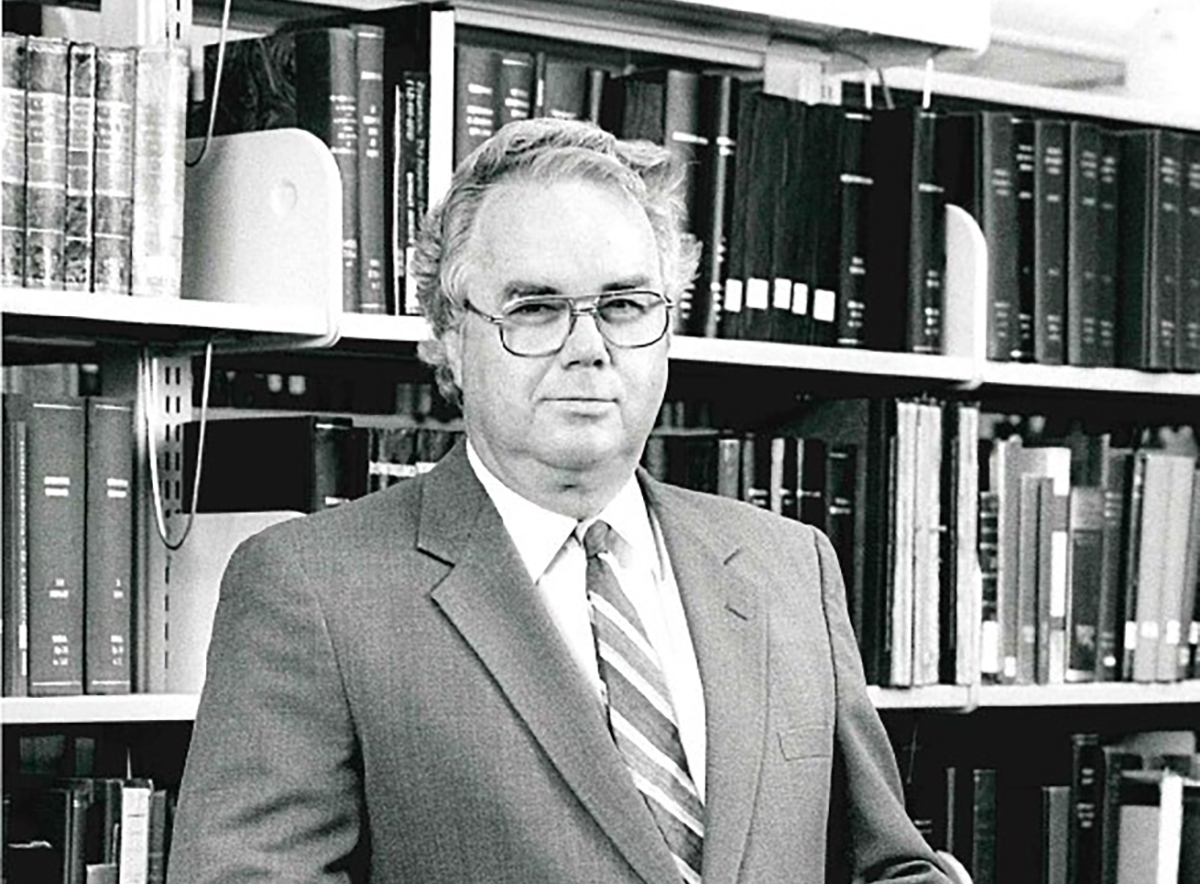 Few can claim a career as long or legacy as lasting as Harold Billings. He began working for the University of Texas Libraries as a cataloger in 1954 while still pursuing his Master’s in Library Science and by 1978 was the director of the general libraries. He remained in that position until his retirement in 2003. Throughout his career Billings was able to navigate the immense changes in technology and constant challenge of keeping faith in value of libraries. Billings achieved this by inviting innovations that others of his time resisted. As a result of his leadership, UT Libraries thrived, growing its collections, introducing new digital services, and building its reputation as one if the highest ranking research libraries in the nation.

Today, technology and UT Libraries seem inextricably intertwined as students conduct research using their access to hundreds of online databases, use software in the computer labs, and create 3-D printed projects in the Foundry makerspace. When Billings first entered the field, libraries looked and functioned very differently. Throughout his career, Billings pushed UT libraries toward incorporating innovative technology from early searchable databases and the online card catalog to resource sharing and partnership with other libraries through TexShare.

While leading the general libraries forward in incorporating new technologies, Billings simultaneously continued to build the print and research collections at UT Libraries. A literary scholar himself, Billings’ love of research and books carried over into his many roles over his career at UTL. He maintained a close relationship with Harry Ransom, acquiring collections for the Center, and corresponded with several authors both regarding his own scholarship and to help bring literary collections to UT. The general libraries also saw tremendous growth of their collections over his career, from acquiring their 1 millionth volume while Billings was still a cataloger to holding over 7 million volumes by the end of his tenure as director.

Billings’ love of books, research, and collecting extended beyond his role at UT. Inspired by his admiration for and friendships with writers and artists, Billings published literary works and criticism throughout his career and well after. Some of these publications include a biography of one of his favorite poets, Edward Dalhberg, and Texas Beast Fables, a bestiary of Texas folklore. Billings also built a personal collection of art favoring local artists as well as Newcomb pottery and Elvis memorabilia. From his early education through his retirement, two facts are undeniable: Harold Billings loved libraries and he loved Texas.

An exhibit highlighting these aspects of Billings’ career and life will be on display in the Scholars Commons beginning November 1st, and an online component can be viewed on Scalar. Borrowing the title of his 1995 essay on the future of libraries, we’ve given the exhibit a name that we think embodies Billings’ role as an innovative leader in the field: The Tomorrow Librarian.

Virginia Barnes and Rachael Zipperer are graduate research assistants from the university’s School of Information.