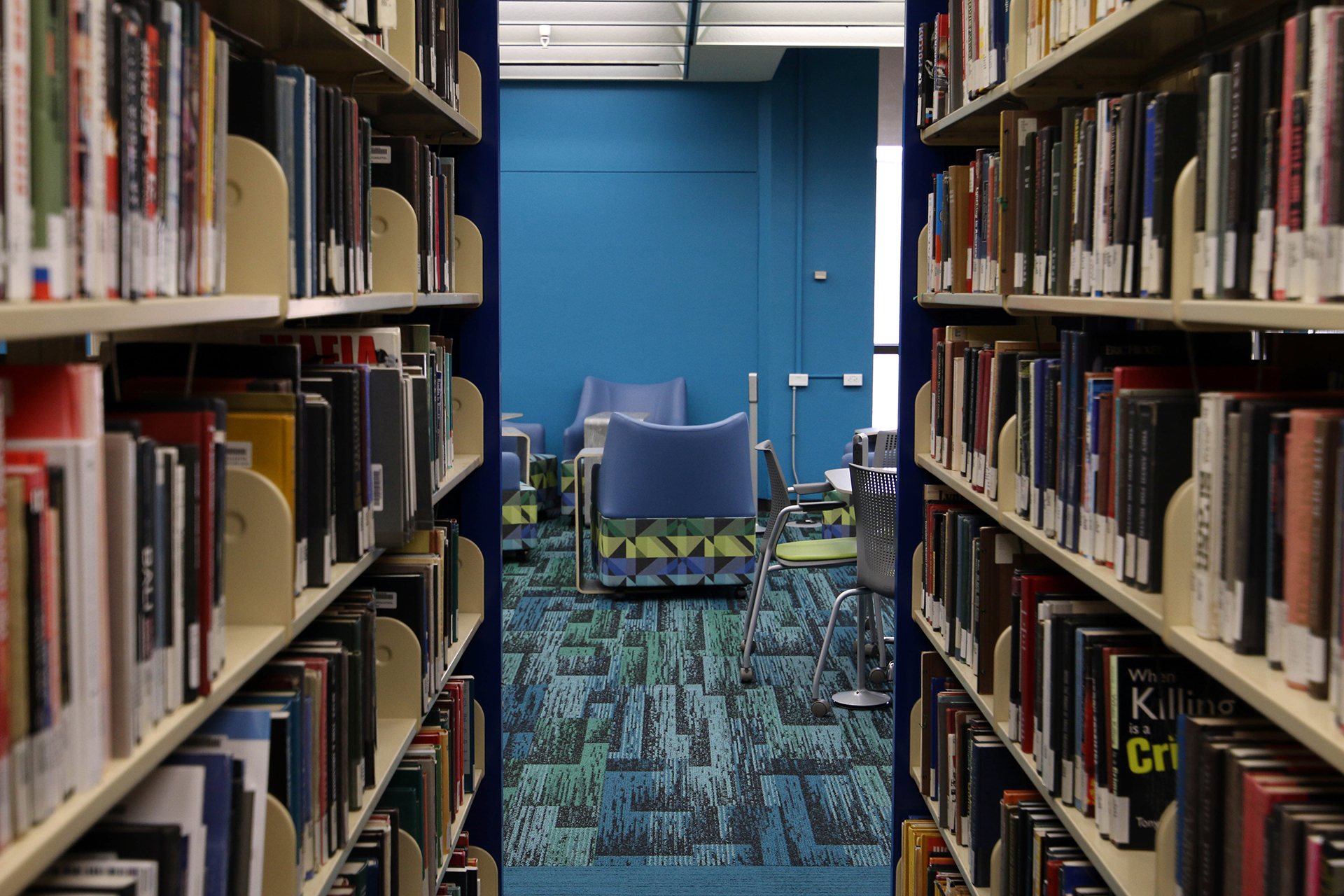 “They must often change, who would be constant in happiness or wisdom.”

We take that sentiment and the suggestions of our users to heart – for the sake of happiness and wisdom, among other things – especially over the summer break when there’s time and space to do so. Such was the case again this summer, and now later this fall, there will be a unveiling celebrations to mark the changes to pair of library spaces.

The less prominent of the two renovation projects occurred in the Perry-Castañeda Library (PCL), and is the extension to an earlier project that took place on the library’s most popular floor. The Collaborative Commons is the bustling hub of late hours study and community on the fifth level of the building that is designated for noise and activity that isn’t traditionally associated with the pastoral atmosphere of a library.

In 2013, a section spanning the length of the window wall on the fifth floor overlooking the heart of campus was renovated to include open-area technology access, additional power outlets, a forest of mobile whiteboards and comfortable, flexible furniture. What was formerly a dull and dank monotony became the Collaborative Commons and has remained a popular gathering area for PCL denizens. The current project connects the original renovation to an even larger area on the opposite side of the building to further expand technology and utility access, and to replace the ancient monolithic furniture of a bygone era and carpet so aged and experienced that it bears no further mention in good company.

The second space refresh came out of a renewed affection for libraries that was manifested as a student and faculty protest about the removal of books from the Fine Arts Library (FAL). Surfaced during the discussions of how best to serve the community of the College of Fine Arts and users of the FAL were critiques of the current state of the fifth floor of that library where the physical collections are housed. That input and some extensive discussions with CoFA community stakeholders resulted in a punch list of improvements that would make it a more productive and usable space. Now, visitors to the fifth floor at FAL have space for (and eventual access to) additional physical materials, enhanced Wi-Fi performance, more access to power outlets, better furniture, new carrels and the fresher feel that results from new paint and the removal of 40-year-old carpeting.

Judging from the initial reactions to the changes, we’ve met the first criterion of the Confucian aphorism. Only time will tell if we manage the second.

If you haven’t had a chance to visit the updated spaces yet, there will be a couple of opportunities to see them as part of upcoming housewarming events hosted by the Libraries with Provost Maurie McInnis, who’s office helped to fund the efforts. Join us Tuesday, October 23, to fête the Fine Arts Library refresh, and Wednesday, November 14, for a party on fifth floor of the PCL.