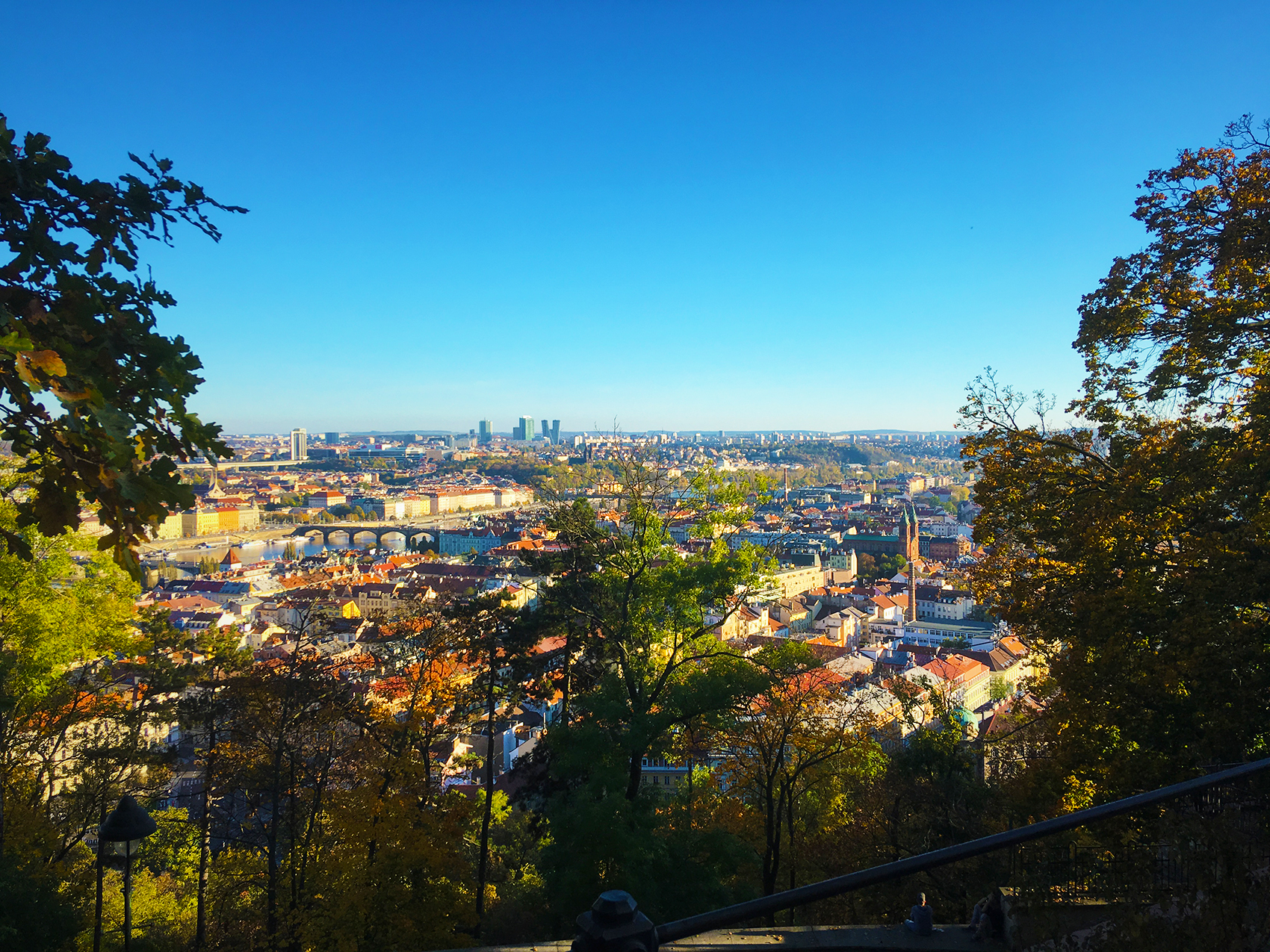 With the generous support of the Center for Russian, East European, and Eurasian Studies and the Center for European Studies I was recently able to travel to Frankfurt and Prague to attend the Frankfurt Book Fair and purchase books for the UT Libraries’ collections. In addition to meeting with vendors and participating in the international community of librarians, booksellers, and publishers at the book fair, I collected materials that continued to grow the UT Libraries’ collection of European zines and artists’ books.

The Frankfurt Book Fair is the world’s largest book fair, and has been held for more than 500 years. The fair consistently has over 7,000 publishers represented, and attracts visitors from all over the world. Each year a country is chosen as the fair’s guest of honor; this year’s guest was France. As such, there was a particularly strong focus on French culture, writers, and publishers, with the aim of highlighting and promoting France’s literary culture to the world.

The book fair offered many opportunities to learn about and participate in the international library and publishing communities. I was able to participate in meet-ups of other librarians, visit with vendors, and view lectures on new technologies on the vanguard of the library and publishing worlds. In addition to attending the book fair itself, I was able to participate in the New Directions for Libraries, Scholars, and Partnerships Symposium organized by the Center for Research Libraries (CRL), in part due to a competitive stipend I received from the funds of the Collaborative Initiative for French Language Collections (CIFNAL) and the German-North American Resources Partnership (GNARP). The symposium was held at the Deutsche Nationalbibliothek, or German National Library, also in Frankfurt.

The symposium further allowed me to meet with and forge relationships with an international community of librarians, scholars, and publishers. Presenters at the symposium included librarians and researchers from Harvard, the Newberry Library, various German universities, and the Bibliotheque Nationale de France, as well as representatives from prominent European publishers. As the European Studies Librarian in PCL, being able to hear presentations from such a broad swath of perspectives was very informative and relevant to my subject areas, and I look forward to continuing to foster a sense of community and collaboration with these colleagues.

In Prague, I visited bookstores and acquired materials with the aim of improving our collection of European artists’ books and zines. The materials I bought will be made available in the Fine Arts Library special collections, and complement similar materials I acquired in Russia while on an acquisitions trip last year. Many of these books are unique to UT Austin’s holdings, meaning they are not available in any other academic libraries.

This trip allowed me the opportunity to represent UT Austin internationally to a diverse group of colleagues and industries, and I’m grateful that I was able to serve in such a capacity. I look forward to continuing to build both our distinctive holdings and our relationships with colleagues in the library and publishing worlds.