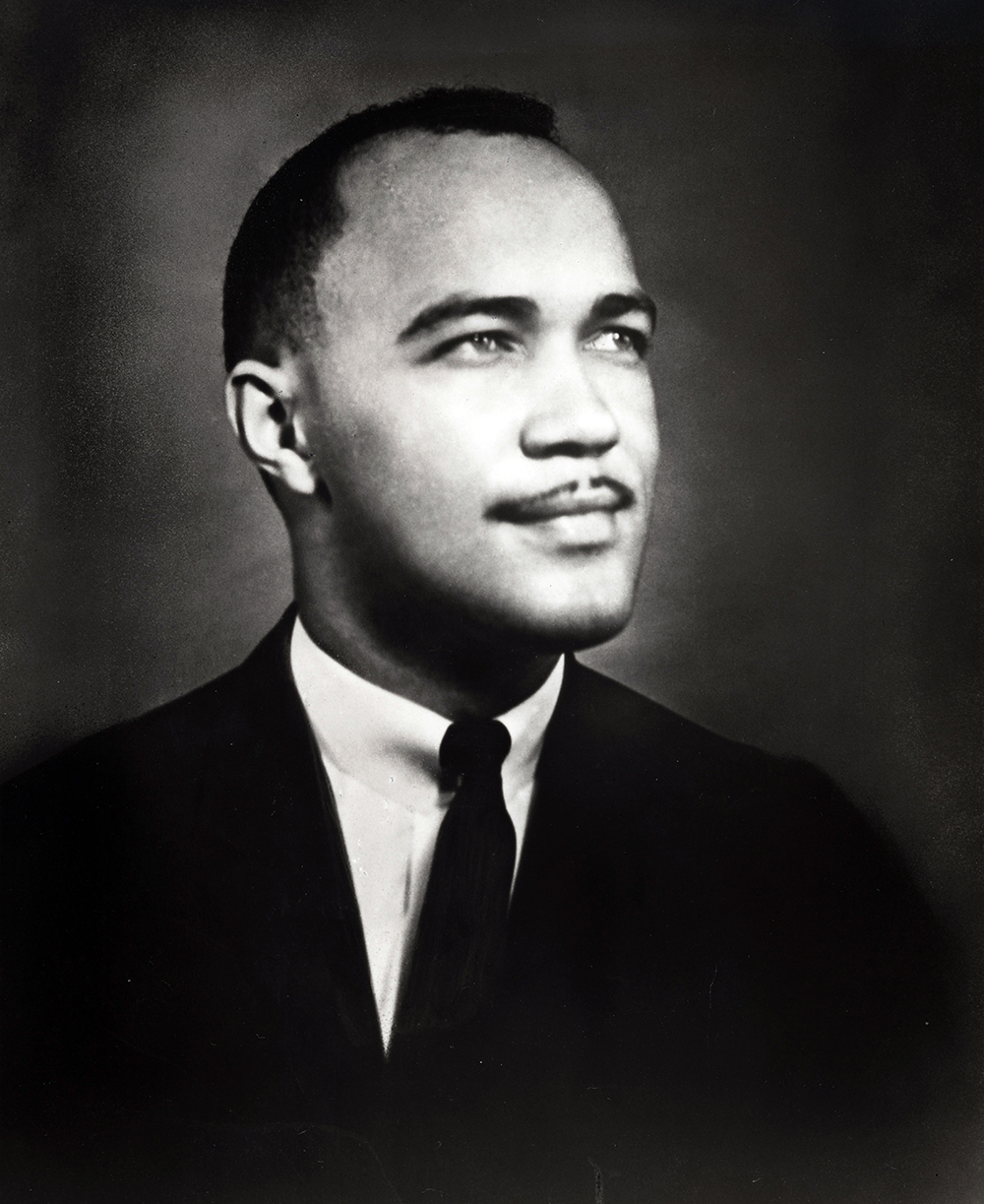 The following statement was presented by Gene Locke — Dr. Ervin Perry’s nephew — to the University of Texas Black Alumni Network at their Legacy Dinner on September 8, 2017, in recognition of the 40th anniversary of the Perry-Castañeda Library.

On behalf of the family of Dr. Ervin Perry, we express our appreciation to the Black Alumni Network for recognizing Dr. Perry at your Legacy Dinner.

The Perry-Castañeda Library now has forty years of service to the UT community. During these years, many of you have been in and around the library that bears his name without knowing the story of Ervin Perry. Yes, you may have known that he was the first African American professor at a predominately white university in the South. Perhaps, you even knew that he was a civil engineer of recognized distinction. Maybe, you also knew that Dr. Perry was one of several trailblazers as students at the University of Texas-all who played an integral role in opening the university to people of color.  However, our beloved “Ervin” was so much more.

Ervin Perry was born in Coldspring, Texas, in rural East Texas in 1935 during the height of the depression and in the midst of brutal Jim Crow segregation.  Ervin started out with two great assets: a mom, Edna Perry, and a dad, Willie Perry, who appreciated hard work, family and faith.  They were dirt farmers who valued education and who dreamed for better lives for their children. Willie and Edna Perry worked miracles with their income from a small cotton crop.  Ervin and his twin brother, Mervin, were the last of six children; all of whom somehow got thru college and graduate school despite money limitations and the inequities of racial segregation.

There was a “specialness” about Ervin Perry that might be instructive to all of us today. Despite all of the successes he enjoyed as an engineer and a university professor, he was at all times humble and down to earth. He was a man of high character who gave an excellence of effort in everything he did. He was a devoted family man (husband, father, brother and uncle). Ervin grieved at the inequities that others suffered, while fully appreciating the burden of the spotlight on him for being the first of us on the faculty at the university.  In truth, Dr. Perry was smart-SUPER SMART-but he never felt the need to demonstrate this at the expense of others. His first love was his family.  He drew strength from his unsung heroine, Jean Perry, his wife and he got enduring satisfaction from his daughters, Patricia, Edna and Arvis.

When Ervin joined the UT academic faculty in 1964, American society was so different from-yet so similar to-today’s society.  HOPE-HATRED-HESITATION. These three characterized the times in 1964. HOPE that the civil rights movement would change America’s social order. HATRED as manifested in the strong resistance to social change and the accompanying violence.  HESITATION by political and civic leaders who were afraid to take a bold stand for true equal opportunity for all.

Against this backdrop, the University of Texas did not hesitate.  UT made Dr. Perry a faculty member in 1964. This was truly a bold step by the university that had a history of segregation and exclusion–but it was made so much easier by the character and academic accomplishments of Ervin Perry.  In 1977, the university took another equally bold step in naming the new library in his honor.

Our family is immensely proud that the library bears his name. As we think of the historic significance of naming the library for him and for Dr. Castañeda, we hope that having Ervin’s name on the library has been a small inspiration or source of pride for African American students and all students at UT thru the years. We hope that it continues to serve a small nail in the coffin of racial stereotypes that impair our ability as a nation to love and respect  all  humanity.

As alumni of the University of Texas, we ask that you keep working to make sure this, our state’s flagship university, embraces diversity and demonstrates itself to be an institution for all.

Thank your again for your recognition of Dr. Perry.

One thought on “On Ervin Perry’s Legacy by Gene Locke”