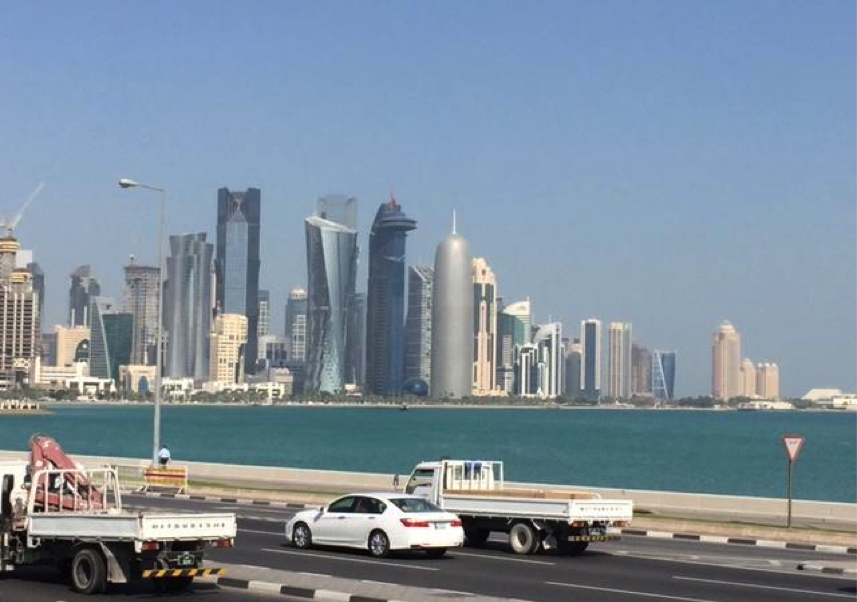 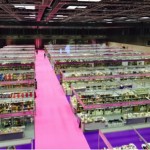 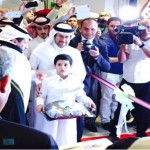 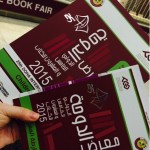 Armed with a booth map and publisher lists, we started working the book fair on the night of its opening. One of our new colleagues – so new that we met for the first time in Doha through our professional contacts – was in charge of a booth for an interfaith center, and another was a professor at the Georgetown Qatar School of Foreign Service. Yet another was a graduate student in the Qatar Faculty of Islamic Studies and a Doha local. Their insights and recommendations for local presses and the best ways to get around town and the book fair were indispensable. 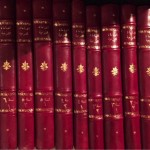 It was on this first night that we found the pièce de résistance of the trip at an Emirati booth staffed by Egyptians. We stopped at this booth because 1) Egypt is near and dear to our hearts, and 2) the shop had an impressive collection of rare books. Rare books are not a collection priority for the Middle Eastern Studies collection, but their presence at the shop was a sign that the shop might have some other distinctive materials. And sure enough they did: a ceased journal from early 20th century Egypt called al-Muhamah al-Shar’iyyah. It was the journal of a cohort of shari’a lawyers belonging to the then-shari’ah court branch of the Egyptian judicial system. Neither this cohort, nor the shari’ah courts, exists now in Egypt – that framework was phased out by the mid-20th century. This journal is particularly difficult to find, and notoriously expensive. After some negotiating, we acquired this title at a fourth of the price of what we had seen previously on the market. It did not hurt that we negotiated in (Egyptian) Arabic.

We also met up with a local bookseller, journalist, and politician at the book fair who had been recommended by a colleague from the Middle East Librarians Association. He provided us with free volumes of a Qatari folklore journal, and introduced us to some of the officials of the Ministry of Endowments and Islamic Affairs. Thus, although we arrived in Doha not personally knowing a single soul, we were able to gain local contacts through our established professional relationships, and then work with those contacts to extend our local network. 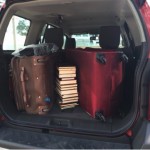 The second major source of acquisitions for this trip was the Ministry of Endowments and Islamic Affairs. In almost every Arabic-speaking country, such a ministry or institute exists. They normally publish books in Islamic Studies with both specialist and general appeal. Even better, they normally distribute these books for free, especially if one is associated with an institution of higher education. With our UT affiliation, and by conversing in Arabic, we were able to get the “institutional” package, which contained a considerably larger number of books than the individual package. 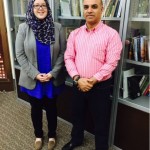 This trip was also concerned with getting a sense of the research environment in Qatar for the benefit of UT faculty and students. We visited the top-rated university, Qatar University, toured the university library, and met with Professor Mahjoub Zweiri in the QU history department. He was helpful in directing us to new Arab presses in the social sciences, and the intriguing arena of Arab scholars publishing in the Persian language. We also discussed potential partnerships between UT and QU, and research, fellowship, and teaching opportunities for UT community members. 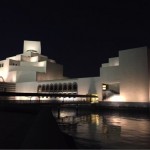 We rounded out our visit to Doha by visiting the Museum of Islamic Art (MIA), the Georgetown School of Foreign Service – Qatar, the Qatar Faculty of Islamic Sciences (QFIS) in Education City, and Katara Cultural Village (a film and literature center), and by meeting with the director of the Qatar National Library, Claudia Lux, at the Doha International Book Fair. At QFIS, in particular, we were exposed to new publications, presses, and institutions concerned with contemporary Islamic thought in Arabic and English by attending scholarly panels on Islamic ethics and legislation. 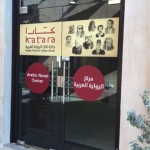 Lastly, and to conclude, a note about our own professional development from this trip. Throughout the trip, we were conscious of how we were serving as ambassadors for UT and the U.S. public education system. In our talks with faculty, library and museum directors, researchers, and booksellers, we did our best to teach as much as we learned. Our goal was in part to acquire materials and knowledge on behalf of UT, but another part was to make sure that our interlocutors understood what UT is as an institution and the opportunities that we would hold for one another. In this way, we aimed to facilitate for our faculty and students opportunities beyond what they are currently familiar with, and to show the benefit of that for both UT and Qatari institutions.