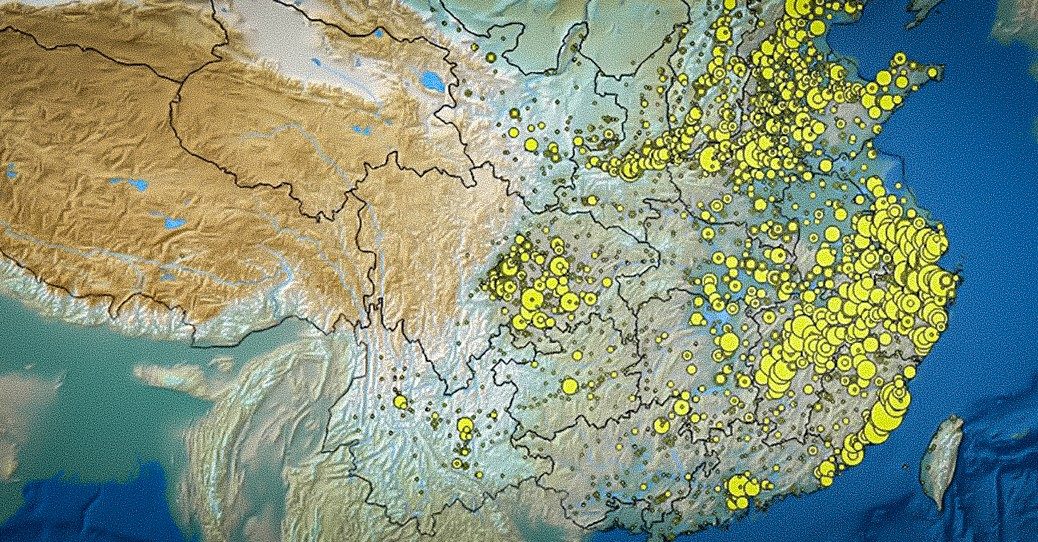 The China Biographical Database is a freely accessible relational database with biographical information of approximately 427,000 individuals as of April 2019, primarily from the 7th through early 20th   centuries. Users can query the system in terms of place, time, office, social associations and kinship, and export the results for further analysis with GIS, social networks, and statistical software.

The China Biographical Database (CBDB) originates with the work of Chinese social historian Robert Hartwell. Hartwell’s research employed data as evidence to form and support his arguments. He built a relational database in dBase for MS DOS format to capture biographical data as it relates to five elements: (1) people, (2) places, (3) a bureaucratic system, (4) kinship structures and (5) contemporary modes of social association. He created an advisory committee for the database and made copies of his datasets and applications available to the committee members. When Hartwell died in 1996, the project included a large number of multi-variant biographical and genealogical data for over 25,000 individuals. He bequeathed his database to the Harvard Yenching Institute. Later, the Harvard Yenching Institute transferred its rights to the Fairbank Center for Chinese Studies 1  and changed its name to the China Biographical Database (CBDB).

Hartwell’s database has since gone through many redesigns to make it work with modern computer technology. The FoxPro application has been used to make easier searches and queries. An online application for public access querying and reporting has been added. Python is used to write procedures for names entity recognition for text-mining and text-modeling. Other facilities that have been built into CBDB includes an XML export ability,  a save/load ability, and a handy list of pre-made regular expression examples. The long-term goal of CBDB is to systematically include all significant biographical material from China’s historical record and to make the contents available free of charge, without restriction, for academic use. Users can query CBDB through an online database in both a Chinese and an English interface. Users can also download the entire database, together with query forms and utilities for exporting data for network and spatial analysis, from the CBDB website and explore the database on any computer with Microsoft Access. 2

Peter Bol, who was the chair of Hartwell’s advisory committee and a professor of Chinese history at Harvard, is now the chair of the CBDB Project’s executive committee. There are many committees overseeing CBDB: a steering committee (composed of scholars of pre-modern Chinese studies and computer scientists), editorial committees from the participating research institutes, working groups on each of the four historical periods, and functional committees who work on  text mining and web maintenance. All committees are composed of scholars from around the world and CBDB has been promoted widely, for example a recent special program at the 2019 Association for Asian Studies Conference on “Digital Technologies Expo.”

Sima Guang social associates (464 listed, of various types: Patron of, Friend of, Friend in the same graduating class, Impeached, Impeached by, Recommended, Recommended by, Opposed or attacked, Opposed by or attacked by, Praised or admired by, Coalition associate of, Supported by, Purged by, Prefaced book by, Preface of book by, Epitaph written by, Epitaph written for, etc. ) 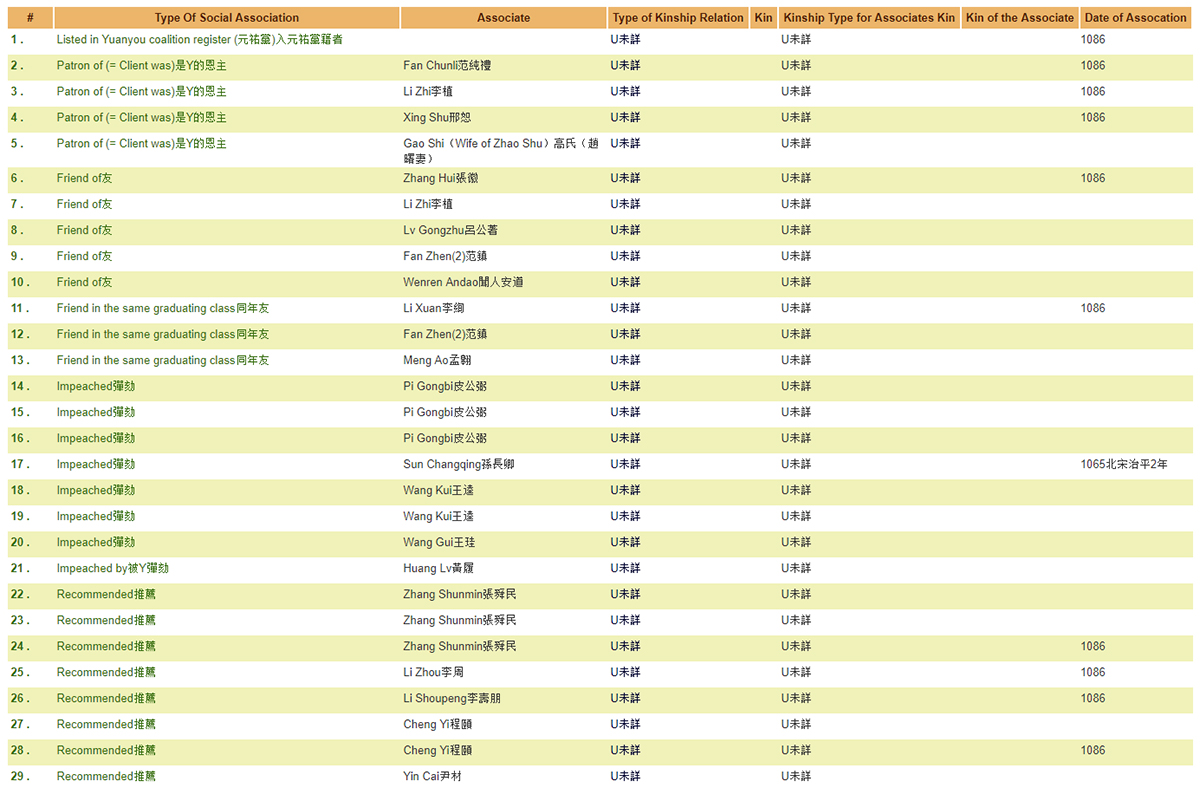 Some examples of biographical indexes included in CBDB  and held in the University of Texas Libraries.