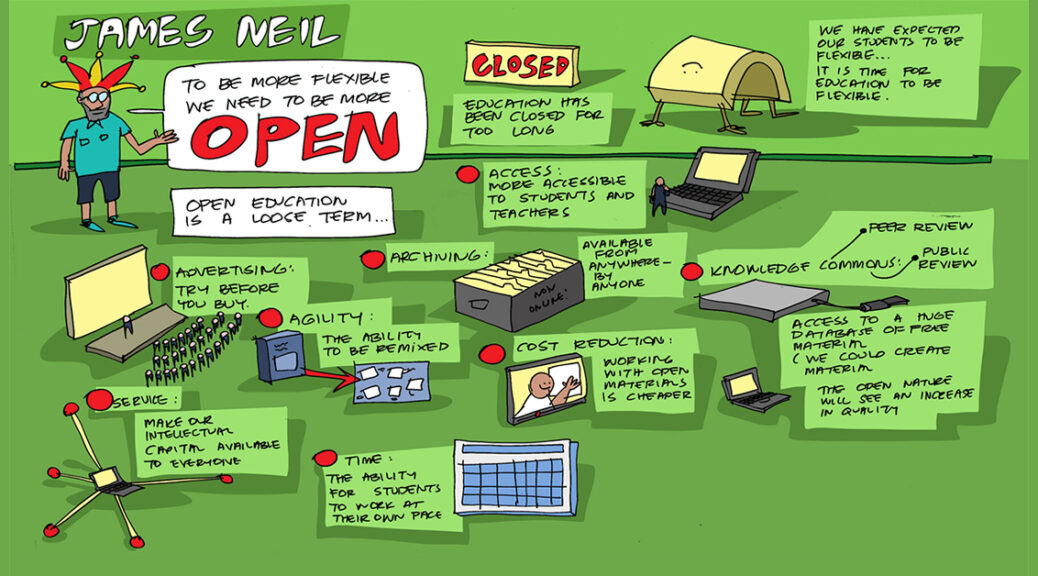 In celebration of Open Education Week, UT Libraries is proud to spotlight a few of our talented faculty members who are on the forefront of the open education movement as open educational resource (OER) authors! Today we’re featuring Dr. Christian Hilchey, Lecturer in the Department of Slavic & Eurasian Studies.

Dr. Hilchey received his Ph.D. from the University of Chicago in 2014 with a specialization in Slavic Linguistics. Prior to this, he taught Czech language courses at both the University of Chicago, as well as Indiana University as part of their annual summer workshop SWSEEL. Since starting at UT in 2014, he created the project Reality Czech, which is a full beginner’s textbook, workbook, classroom activity book, and open Canvas site for learning Czech.

Read more about Dr. Hilchey’s introduction to OER, what his students have gained from utilizing Reality Czech, and what he’s learned in the process.

Do you recall how you first became aware of open educational resources (OER) or the open education movement more broadly? Tell us about what led you to author Reality Czech.

“I knew next to nothing about OER until I was hired into my current position. At the time, the Department of Slavic and Eurasian Studies was looking for someone who could both teach Czech and also develop a Czech language OER. I had a lot of experience creating materials for my own classes prior to this, but had never considered any other options besides the traditional textbook with a copyright. After starting my position here in 2014, I began working on what would eventually be called Reality Czech. I was immediately very enthusiastic about the project because, although I knew little about OER at the time, I had previously been very passionate about the open software movement, which shares many of the same values as Open Education. So in a sense I came to the movement well-disposed to these types of projects.

I immediately became fascinated by the possibilities of sharing my materials with others. Only later did I become aware of the affordances of open materials, specifically what media would be available by virtue of the fact that I had embraced Open Education. We are all familiar with Wikipedia, but many have not heard of Wikimedia Commons, which houses many images and other realia that can be utilized in our foreign language or other courses. The one caveat is that many of these resources are licensed under an Attribution ShareAlike license, which means that not only do you have to give the author credit, but any derivative works have to be shared under similar conditions. In order to use these works, I also had to share my work under the same license. I began to understand this as a major advantage. Much like the GPL, which helped propel Linux in the tech world, this license defines a new kind of contract between those who create open materials and those who wish to reuse these materials. In a sense, we all agree that leaving our materials open helps further a cause that we believe in — low-cost, high-quality materials that can be reused and redistributed as needed.”

What has been the greatest benefit of creating and using OER as an instructor?

“I have really enjoyed the freedom that Open Educational Resources give to instructors. I was able to create materials in a way that typically would not be possible for a traditional textbook. For example, because the materials are hosted online, I was able to use far more imagery than would be possible with a print textbook. Moreover, because I utilized openly licensed media, the sheer number (in the thousands) of images utilized far exceeds what would be practical to license from commercial sources or create on my own.

Openly licensed materials also allow instructors the freedom to adapt them as they see fit for their classroom and legally share them with other instructors. This type of sharing is a new frontier in the way that we think about course materials. If we only utilize closed materials in a closed format, it is difficult to make customized versions to suit a particular curriculum need. When we do create a customized curriculum, these rarely move beyond our own classrooms. In academia a lot of emphasis has been placed on the need to share research with the wider community, but we are not just a research institution. We also rightly focus on teaching and I think it is time for us to think about teaching in much of the same way as we think about research. I hope we can broaden instructors’ ability to share their materials in the same way. Utilizing the legal framework afforded by open licenses makes it possible for instructors to share what they are doing and how they are teaching in a much more fruitful way.

To that end, the aim of the Reality Czech project has been to share materials in a multitude of accessible formats so that students can utilize them in whatever format is most convenient and comfortable for them to use. Not only are the materials available over the website, but also as Google Docs, Microsoft Word files, PDF, as well as other formats available through the Google Docs download menu. While I currently actively maintain and am still adding to Reality Czech, there will hopefully come a time when others will contribute, create their own versions of materials, and even eventually take over the project. I think that’s the beauty of OER. Our projects outlast us and have the potential to take on a life of their own.”

What was the most challenging part of creating Reality Czech?

“Honestly, it mostly had to do with breaking the mold of previous Czech language textbooks. There’s a long tradition of focusing on grammatical proficiency first and foremost without much communicative emphasis. When I began my career as a Czech instructor during my graduate studies, I utilized these textbooks and progressively became disillusioned with their emphasis on learning paradigms over helping students find ways to use the language to talk about themselves, their families, communities, etc. Creating something different entailed a lot of trial and error and my first two years of creation involved more failures than successes.

I finally found my way after developing a set of 240 interview video compilations. Approximately 40 native speakers of Czech were interviewed on a variety of everyday topics such as food, weather, travel, holidays, school, etc. I compiled their answers in videos devoted to each question so that students could get an idea about how Czechs talk about their own lives. This was a good way of teaching the target culture, but it also turned into a way of structuring the grammar and vocabulary we would be learning in each chapter. Much of the textbook sequencing evolved organically from the language found in these videos. More than anything, I would highly recommend finding something such as this that helps naturally structure the content of a course.

I sometimes wonder whether this would have been possible without the freedom that OER allowed. I had the time to test out new strategies, make them available to students, and make iterative revisions over the course of several years. I didn’t have to worry about the concerns of a major publisher or restrictions on revisions. I am very grateful for this opportunity to develop in a less strict and more organic way.”

How have your students responded to the material?

“When the curriculum began to come together after about two years of development, the changes were immediate and striking. I began to notice students communicating more and using more elaborate language to talk about themselves and their lives. They responded positively not only to the videos I had created, but also the open media that I had selected from other sources. This type of positive feedback drove me forward, secure in the knowledge that maybe I’m on to something with this new direction in Czech pedagogy.”

What would you say to an instructor who is interested in creating or adapting OER but isn’t sure how to get started?

“I would definitely recommend starting small. If you can, create a lesson from start to finish and see what kinds of challenges you encounter. Also, let your own personality come out. I decided to have fun and add whimsy throughout the course. I’m a trained linguist and it is no problem for me to write linguistically accurate descriptions of grammatical phenomena. However, I wanted my course to be relatable and fun. Throughout the course you can find more vernacular descriptions of grammar, jokes, memes, and other such content. This was my course and so I decided to put it all on the table and just be myself.

Also, consider what kinds of open content you can utilize in your work. The whole idea behind open licensing is that you don’t have to reinvent the wheel. Even if there are no open materials on a subject matter, there are probably a number of smaller resources, such as pictures or videos, that can be incorporated into an OER project. Get comfortable with searching for these types of resources. You often have to use some creativity in your image searches to find exactly what you need. I began utilizing openly licensed videos available on Youtube and Vimeo, but first I had to learn to search for certain keywords and genres such as vlogs or timelapse videos. I ended up finding all sorts of materials that I had not planned on.

What do you do with the unexpected? One of my favorite analogies is that of a farmers market. When you go to a farmers market, you can have a dish in mind that you want to cook, but what if that food is unavailable? What else can you come up with? I often found that the limitations imposed by the types of materials available ultimately helped enrich my content. I was forced to be more open to different types of materials and often found treasures and beauty where I least expected them. Overall I would say that my journey in the world of OER has helped me rediscover the possibilities of teaching and helped me to be a better educator through the entire process.”