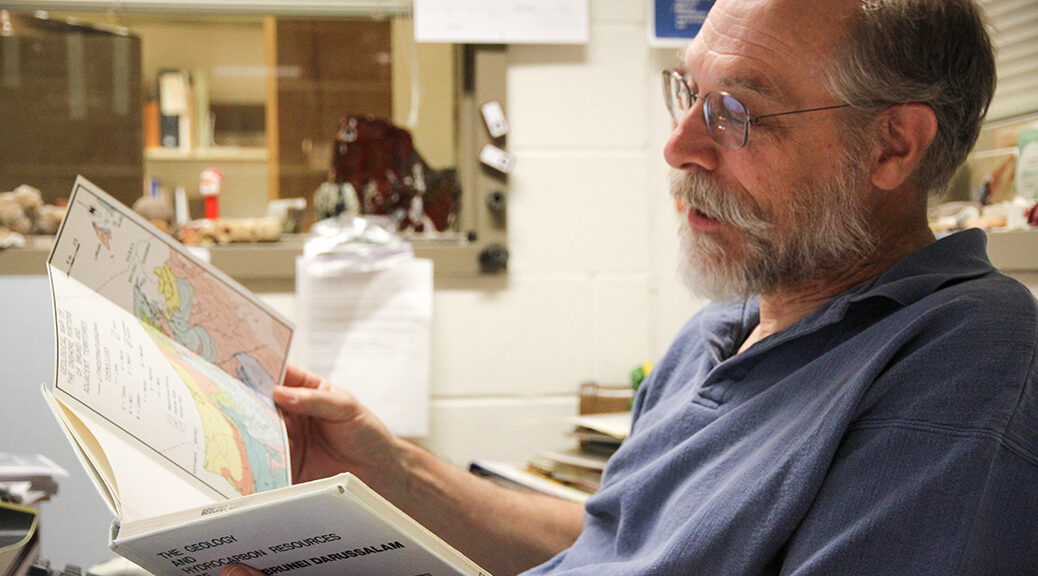 “He has carefully amassed invaluable collections, developed state-of-the art services and built a sense of community for the Jackson School family,” said Mosher. “Dennis Trombatore’s tireless efforts have touched the lives of every student, research scientist, faculty, and staff member who has had the pleasure of knowing him. The Jackson School wouldn’t be what it is without Dennis’s commendable efforts, for which I am profoundly thankful.”

Trombatore received his B.A. (’75) and MLS (’77) from Louisiana State University, and joined the University of Texas Libraries in 1985 after working in librarian positions at Loyola University and The University of Georgia at Athens. He has served as head librarian at the Walter Geology Library for over three decades, and has participated on numerous committees and at conferences in a variety of capacities. Trombatore has also been recognized for his ongoing contributions to the university, including with the Distinguished Service Award from the Department of Geological Sciences (1997), the University of Texas Staff Excellence Award (2001), the Jackson School of Geosciences Staff Excellence Award (2006), the William B. Heroy Award for Distinguished Service to the American Geosciences Institute (AGI, 2012) and the Jackson School of Geosciences Joseph C. Walter Jr. Excellence Award (2018). He is a member of GSA and the Geoscience Information Society, and is past president of the Austin Geological Society.