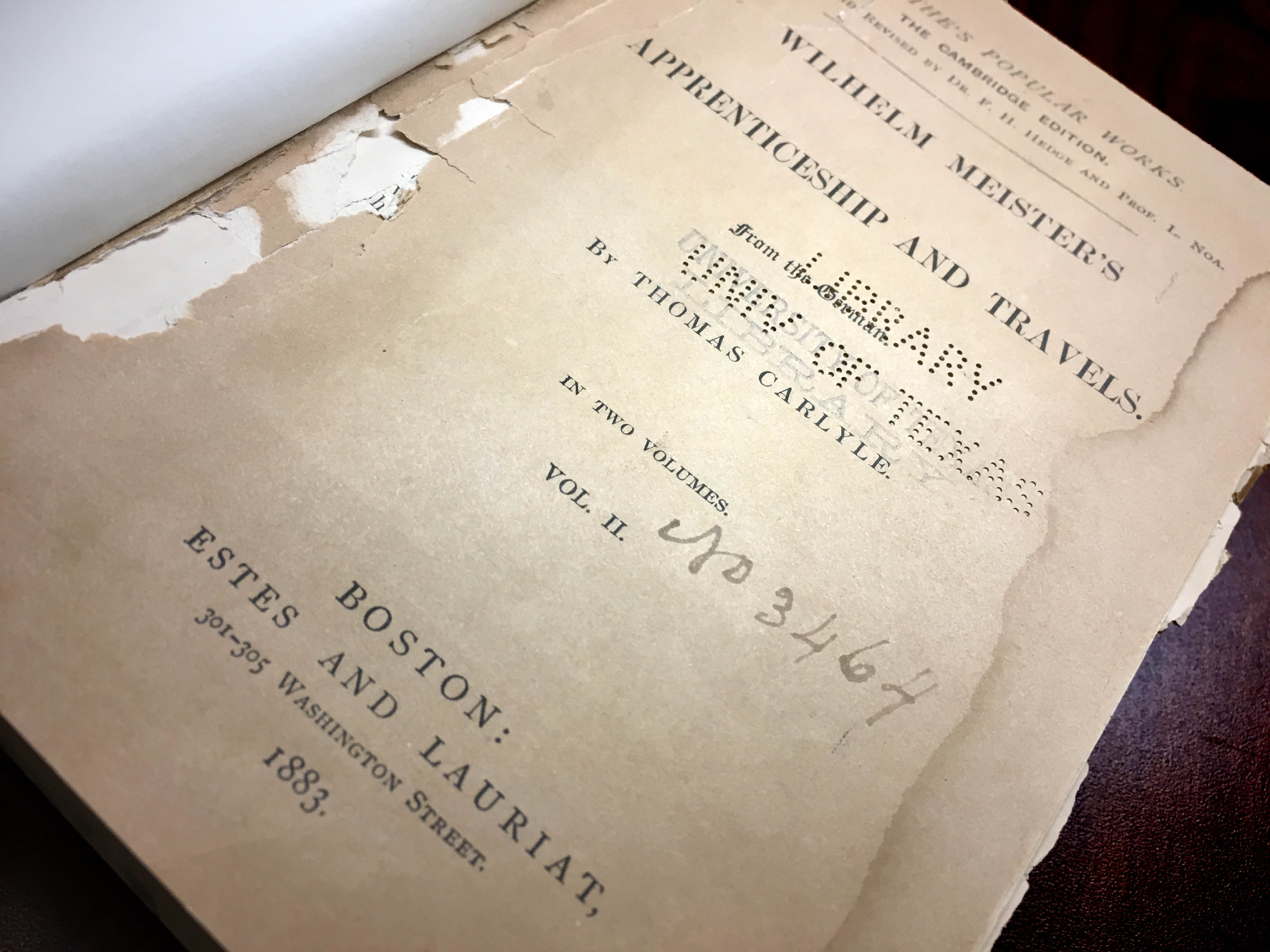 “Art is long, life short, judgment difficult, opportunity transient. To act is easy, to think is hard; to act according to our thought is troublesome. Every beginning is cheerful: the threshold is the place of expectation.”

Goethe’s sentiment borrowed from Hippocrates and distilled in his novel of personal discovery as a charge to the protagonist Wilhelm Meister could equally represent a characterization of the experience of visiting a library — equal parts joy and labor, with the promise of new knowledge as a provocation to learn.

It’s also appropriate, then, that the passage comes from the first ever volume borrowed from a library at The University of Texas at Austin, which occurred just over 134 years ago on March 7, 1884 — a small act of history committed by a person who created a notable history of his own.

John H. Cobb was a member of the inaugural class at this university back in 1883, when the Forty Acres was composed of the original Main Building in its Victorian Gothic splendor and more open land than is imaginable by a modern-day visitor to campus. He studied law, but even beyond the serendipity of being the first library borrower, seems to have had some predisposition toward pioneering. Cobb used his legal training to help draft the constitution for the Ex-Students’ Association, placing him as one of the co-founders to the Texas Exes.

Much like Goethe’s Meister, Cobb wasn’t content, either, to remain comfortably in the confines of his home state of Texas after earning his degree. He traveled to the relative wilds of what was then the District of Alaska in 1897 and by 1899 he had formed a law partnership with John F. Malony in Juneau.

He was active in the formative political and governmental structures in the fledgling District, and when the region was reorganized and renamed the Territory of Alaska in 1912, Cobb was appointed the first Territorial Counsel by the Governor John Franklin Alexander Strong in 1913. He served in that role until 1915 when the 2nd Alaska Territorial Legislature created the Office of the Attorney General, and a successor was appointed.

Cobb argued and won one of his most high-profile cases, Tuppela v. Chichagoff Mining Co., before the Ninth Circuit Court of Appeals in 1920, reversing a fraudulent land grab by the mining company and returning several valuable gold mines to private citizen and rightful owner John Tuppela.

Shortly after settlement of the suit, Cobb and his family resettled in Santa Barbara, California, where he died on December 23, 1925.

The details of that tome first borrowed by Cobb is in question, though it could be a volume flagged as “missing” in 2013 and now superseded by a digital version in the Libraries’ catalog. The title’s long history on the Forty Acres, however — both in the hands of the first borrower, and with subsequent generations of Longhorns — attests to the idea that the Libraries, too, play an integral part in the belief that “What starts here changes the world.”